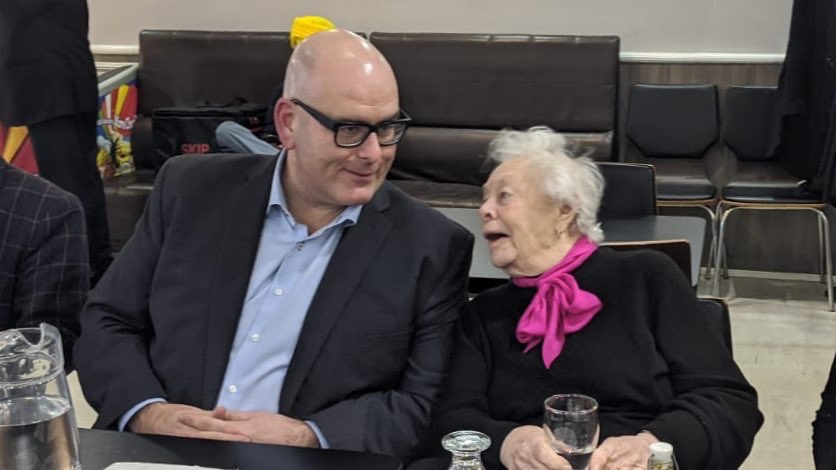 Del Duca had the support of 1,171 of the 2,084 delegates elected in riding-level votes held last weekend, the party said on Wednesday.

In total, there are 2,724 delegates, including 640 with special “ex officio” status, who are eligible to vote at a convention taking place in Mississauga, Ont. on March 6 and 7.

Del Duca needs the support of a majority of them ⁠— that is, at least 1,363 ⁠— to secure his accession to the top of the provincial party decimated in the 2018 election that brought Doug Ford's Progressive Conservatives to power.

Elected delegates are compelled to vote for their chosen candidate on the first ballot, but the ex-officio delegates — including former and sitting Liberal MPPs, current federal Liberal MPs from Ontario, riding association and club presidents and other top party brass — are free to cast secret ballots for whomever they wish. Del Duca's campaign says he has endorsements from around 120 of these freed-up delegates, bringing his total to only a few dozen shy of a majority.

If no candidate secures more than 50 percent of the vote in the first round, all delegates are free to cast a secret ballot for any candidate in subsequent rounds of voting.

"I entered this leadership contest because I feel so strongly about the need for our party to seize this moment for transformational change," she said in a statement to supporters that acknowledged Del Duca would likely emerge as the party's next leader.

"I need you with me at the convention, whether you were elected as a delegate or not," she said. "Because your voices matter. And, together, our collective voice will be heard."

Former education minister and current MPP for Scarborough-Guildwood, Mitzie Hunter, will send 130 elected delegates. Alvin Tedjo, who ran unsuccessfully in 2018, will send 72 delegates and 25 delegates go in support of Brenda Hollingsworth, a personal injury lawyer making her first foray into politics. 42 delegates were elected as independents.

“It was great to see so many Ontarians take time out of their weekends to participate in the future of the Ontario Liberal Party. This speaks to the confidence people have in the leadership candidates and the party,” Brian Johns, the party's president, said in a statement.

While the party said members turned out in large numbers across the province, it did not provide specific numbers.

Del Duca has a long history within the party, joining its ranks as a teenager, and may struggle to present his leadership as the fresh start some pundits say is necessary to get the party back on track.

A poll commissioned by the Toronto Star and released on Tuesday showed that support for the Liberals dipped when Del Duca's name was attached.

Without leaders’ names attached, the Liberals had the support of 36 per cent of respondents. Meanwhile, the Progressive Conservatives had 30 per cent, and the NDP had 21 per cent.

But support for the Liberals dipped to 25 per cent when Del Duca was included as their presumed next leader. Doug Ford's name boosted PC support to 32 per cent, while linking Andrea Horwath to the NDP pushed them up to 31 per cent.

The Greens were steady at 10 per cent with or without leader Mike Schreiner's name attached.

Asked if they approved or disapproved of the job Del Duca was doing as a candidate for leadership of the Liberals, 21 per cent approved, 19 per cent disapproved, and 61 per cent said they didn’t know or weren’t sure.

National Observer asked Del Duca and the other leadership candidates about their views on climate and related policy in a three-part series (click for parts one, two, and three).

We followed up with Del Duca this week after his campaign said he had secured a majority of support for leadership on the weekend.

Why do you want to lead the Liberals?

Our party is in the fight of its life. I hope to lead the rebuild of a revitalized Ontario Liberal Party that will defeat Doug Ford in 2022. Much is at stake. The cuts of the conservative government have targeted climate action programs, jeopardized our children’s quality of education, and have caused panic amongst our most vulnerable loved ones in need of healthcare they can depend upon.

How does it feel to have received the backing of a majority of party members who voted last weekend?

I am honoured by the vote of confidence I have received from our party membership. This support points to a re-invigorated party with a shared vision for a better Ontario. I also want to thank those who supported other candidates, their hard work and commitment to our party remains essential to our success. I want to congratulate my fellow candidates on an incredible campaign. Our Party is blessed to have such a strong slate of women and men who stepped up when needed. We will emerge from our convention united and ready to take on and defeat Doug Ford.

My priority remains working relentlessly to ensure we have a reinvigorated and united Ontario Liberal Party. Our party will have just 24 months to rebuild and prepare for the 2022 election following the convention. For a better Ontario, it is essential that we defeat Doug Ford - this work begins now.

How do you intend to unify the party and incorporate the views of other candidates, especially the two who closely competed for second place?

For Liberals and Ontarians at large, we have far more in common than what separates us. We are unified by the belief that an individual should have the ability to succeed as far as their talents may take them. We believe in moving forward by investing in Ontario’s most valuable resource, our people. Throughout the campaign, Kate, Michael, Mitzie, Alvin and Brenda have all demonstrated this. We stand against Ford’s cuts to education and spending hundreds of millions of dollars to cancel green projects. We will continue to grow and build together by listening to Ontarians and championing their basic needs, from healthcare to workers’ rights and economic dignity.


What makes you and the Liberals a better climate champion for Ontario than the NDP and their Green New Democratic Deal?

I believe a reinvigorated Liberal Party would be Ontario’s best climate change champion because while we understand the severity of climate change as a generational threat, we also understand how this challenge represents an opportunity to invest in the green economy.

At the same time, we understand Ontarians are tired of governments that overpromise and under deliver. This is why in addition to considering long term targets, the approach of a Liberal government would also ensure the delivery of practical solutions that could have an impact in the short term. Some of these interventions include making it easier for Ontarians to purchase zero emission vehicles and investing in zero emission vehicle infrastructure.

In June 2018, the Ontario New Democratic Party had their greatest opportunity in a generation, but were unable to stop Doug Ford. The single best way to effectively fight climate change in Ontario is defeating Ford in 2022, and only the Ontario Liberal Party can get the job done.

What do you think Canada's climate goals and priorities should be and why?

I believe Ontario has a strong role to play in reducing emissions. It was a Liberal government that closed every coal power plant in Ontario. This has had a major impact on reaching targets and eliminating smog days.

We need to be as aggressive as possible in combating climate change and my vision is for Ontario to be a climate leader. We need a voice at the table that understands the real impacts of negligence and inaction.