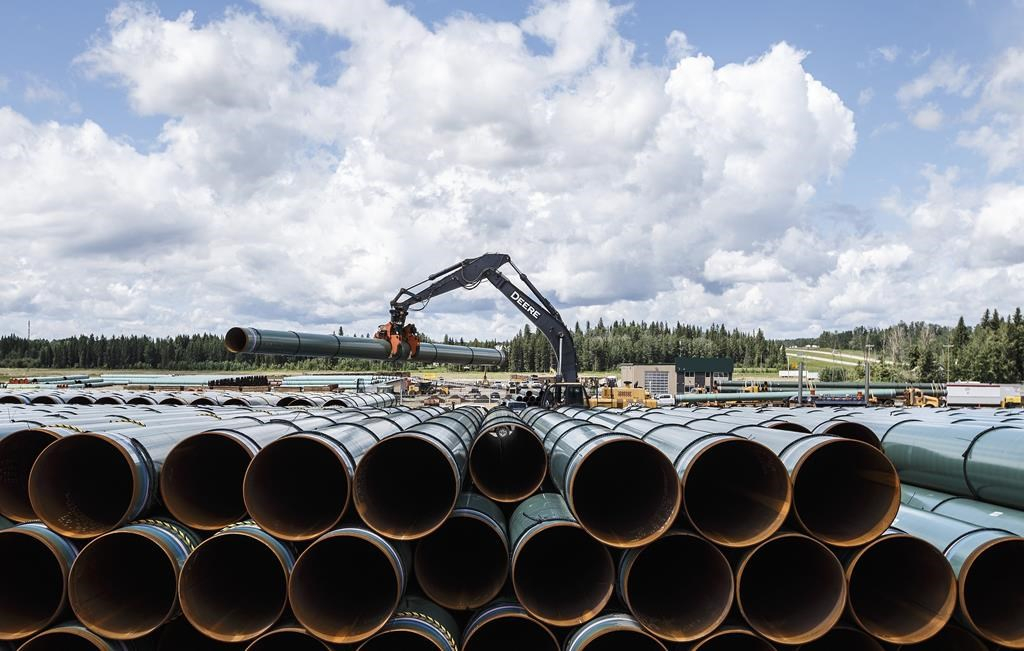 Federal opposition parties are promising new information about the price of the Trans Mountain pipeline at a morning news conference in Ottawa.

Environment critics from the Bloc Quebecois and the NDP, and the Greens' leader in the House of Commons Elizabeth May, say they'll sound the alarm about ballooning costs on the project.

The federal government bought the existing oil pipeline between Alberta and the B.C. coast, and an unfinished plan to twin it, for $4.5 billion in 2018.

The latest tally says the total cost of the twinning project will be $12.6 billion, much higher than a previous $7.4-billion estimate.

The Liberals under Prime Minister Justin Trudeau stepped in with public money when the company driving the project, Kinder Morgan, the regulatory obstacles and legal challenges posed too much of a risk.

Some of those hurdles have since been cleared and the government says it intends to sell the completed pipeline at a profit once it's done, reinvesting the proceeds into fighting climate change.