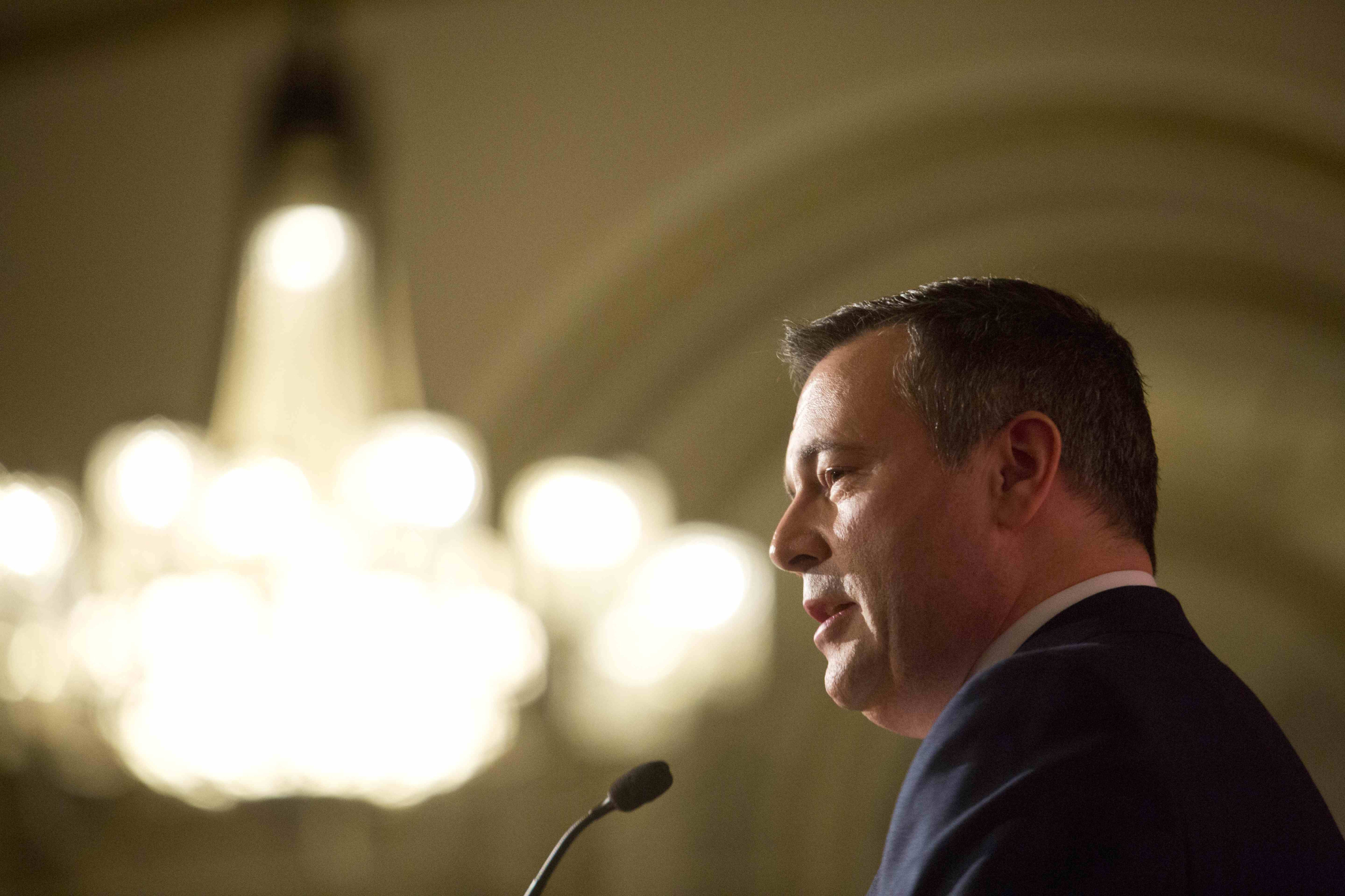 Alberta Premier Jason Kenney gives a speech at the Canadian Club of Ottawa inside the Château Laurier hotel on Dec. 9, 2019. Photo by Andrew Meade
Previous story
Next story

Environment and Climate Change Minister Jonathan Wilkinson says he’s looking to the Supreme Court to make the “ultimate” decision, after the Court of Appeal of Alberta found the federal carbon pricing law to be unconstitutional.

In a decision released Monday, the majority on the court said the Trudeau government’s Greenhouse Gas Pollution Pricing Act was a “constitutional Trojan horse.”

The court acknowledged “the deep concern amongst Canadians” about climate change and that “a number of provinces” agreed with pricing pollution, but called this an appeal to “majoritarianism,” something it said the constitution was supposed to protect against.

“There is no principled basis … to concentrate such extensive law-making powers in Parliament,” reads the decision by Chief Justice Catherine Fraser, Justice Jack Watson and Justice Elizabeth Hughes. “We take no issue with the federal government’s virtuous motives for the act; we are assessing only its constitutionality under division of powers.”

Alberta Premier Jason Kenney framed the news as a “big win” for the province. “We urge the Trudeau government to respect the ruling of the court, and scrap their carbon tax immediately on Alberta families,” he said in a statement.

But the Alberta court decision comes after appeals courts in both Saskatchewan and Ontario ruled separately last year that the federal carbon pricing law was, in fact, constitutional.

Ontario’s court even explicitly ruled that federal politicians can indeed "legislate on matters that are of national concern” for the peace, order and good government of Canada.

The Supreme Court is set to hear the Saskatchewan and Ontario cases on March 17 and 18. Speaking to media shortly after the Alberta decision was released, Wilkinson pointed to those upcoming court dates.

Canada's environment minister says "we remain confident that our arguments will succeed" at the Supreme Court, after the Alberta Court of Appeal found the carbon pricing law unconstitutional.

“Certainly, we respect the rulings of all courts in this country, but I would tell you that the courts in Saskatchewan disagreed, the courts in Ontario disagreed, and we look forward to the Supreme Court — which is the ultimate arbiter of issues around differing interpretations of jurisdiction — to be making the ultimate determination in March,” Wilkinson said.

By enacting the law, the court reasoned, the federal government was trying to hoard “wide ranging discretionary powers” to which it was not entitled, that would strike at “almost every aspect” of natural resources, industry and citizen behaviour.

Considering that he'll be

Considering that he'll be overturned federally, I think he has only one option, somewhat similar to what Rachel Notley was planning...

He would have to shut down the oil sands and halt TMX to make sure no taxes can be collected on oil from the sands, with his hopes that the tax would be repealed at the federal level. Good luck with that, though.

Everyone in jail is suffering

Everyone in jail is suffering from "majoritarianism." Some are too stupid to understand the nature of their crimes, but we don't let them go. We might move them to a hospital, but not onto a judge's bench.

No. Majoritarianism is a real

No. Majoritarianism is a real danger in society and preventing it is one of the main purposes of a constitution. Majoritarianism is most usefully thought of as "tyranny of the majority". Consider a nation deeply divided, e.g. Palestinians and Jews in Israel. The side with the majority of votes could pass legislation that the other side is guilty of treason to legitimize government programs to persecute them. Constitutions protect against majoritarianism by enshrining rights and responsibilities that can not be altered by legislation (they can only be altered by a constitutional amendment).

In this case of the Alberta court's decision, I suspect that the decision applied the "majoritarianism" label in that most Canadians agree that the goals of the federal legislation are good, but that the broad impacts of climate change could justify the federal government legislating areas where it has historically been denied jurisdiction (and that jurisdiction has been assigned to other levels of government).

Tsk, Tsk, I guess the

Tsk, Tsk, I guess the Alberta Court would also find that all federally imposed taxes are unconstitutional? No doubt many Albertans would rejoice - until their precious tax paid subsidies stopped flowing.