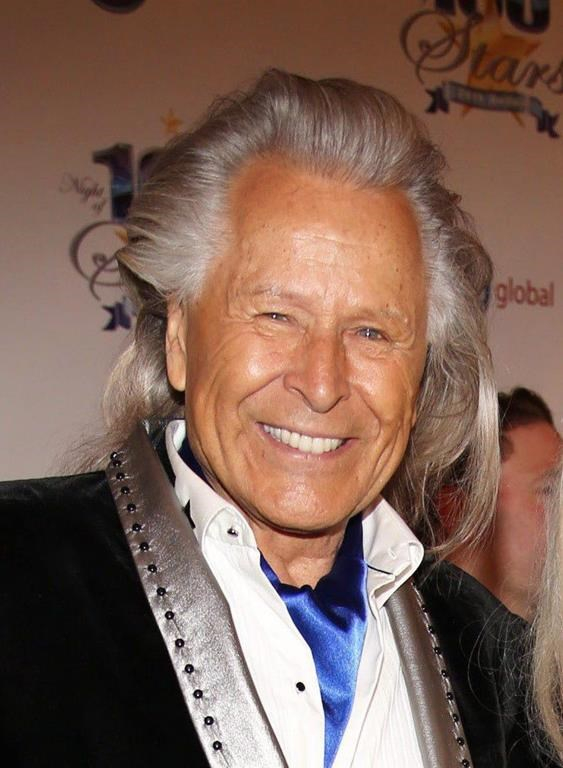 Peter Nygard, left, and Courtney Stodden arrive at the 24th Night of 100 Stars Oscars Viewing Gala at The Beverly Hills Hotel in Beverly Hills, Calif., on March 2, 2014. File photo by The Associated Press/Invision - Annie I. Bang
Previous story
Next story

Canadian fashion mogul Peter Nygard is stepping down as chairman of his company following an FBI raid on his Manhattan headquarters over sex assault allegations.

"Recognizing the priority of the welfare of the thousands of Nygard employees, retail partners, loyal customers, vendors, suppliers and business partners, Peter Nygard has made the decision to step down as Chairman of the Nygard Companies and will divest his ownership interest," Ken Frydman, Nygard's spokesman, said in an email Tuesday night.

The FBI searched the designer's Times Square offices Tuesday, less than two weeks after 10 women filed a lawsuit accusing Nygard of enticing young and impoverished women to his estate in the Bahamas with cash and promises of modelling opportunities.

Several plaintiffs in the suit said they were 14 or 15 years old when Nygard gave them alcohol or drugs and then raped them.

Nygard has denied the sex-trafficking claims through his spokesman.

"Nygard welcomes the federal investigation and expects his name to be cleared. He has not been charged, is not in custody and is co-operating with the investigation," Frydman said.

Nygard International began in Winnipeg as a sportswear manufacturer. The company website says its retail division has more than 170 stores in North America.

The class-action lawsuit says Nygard used his company, bribery of Bahamian officials and "considerable influence in the fashion industry" to recruit victims in the Bahamas, United States and Canada.

It alleges he plied the young women with drugs and alcohol during "pamper parties" and kept a database on a corporate server containing the names of thousands of potential victims.

Nygard's victims would have their passports taken from them when they were flown into the Bahamas, the lawsuit alleges, adding the designer "expected a sex act before he was willing to consider releasing any person" from his estate.

Canadian fashion mogul Peter Nygard is stepping down as chairman of his company following an FBI raid on his Manhattan headquarters over sex assault allegations.

He blamed the raids on a "conspiracy" involving Louis Bacon, the billionaire hedge fund manager who owns an estate next door to Nygard's in the Bahamas.

"After being viciously and maliciously attacked for over a decade by Louis Bacon and his operatives, which has included millions of dollars in payoffs to women and others to make false claims against him, Peter Nygard has decided that his legal battles with Louis Bacon will no longer be a distraction to the Companies," Frydman said.

"Peter Nygard thanks his employees for their years of dedicated service."

This report by The Canadian Press was first published Feb. 25, 2020.