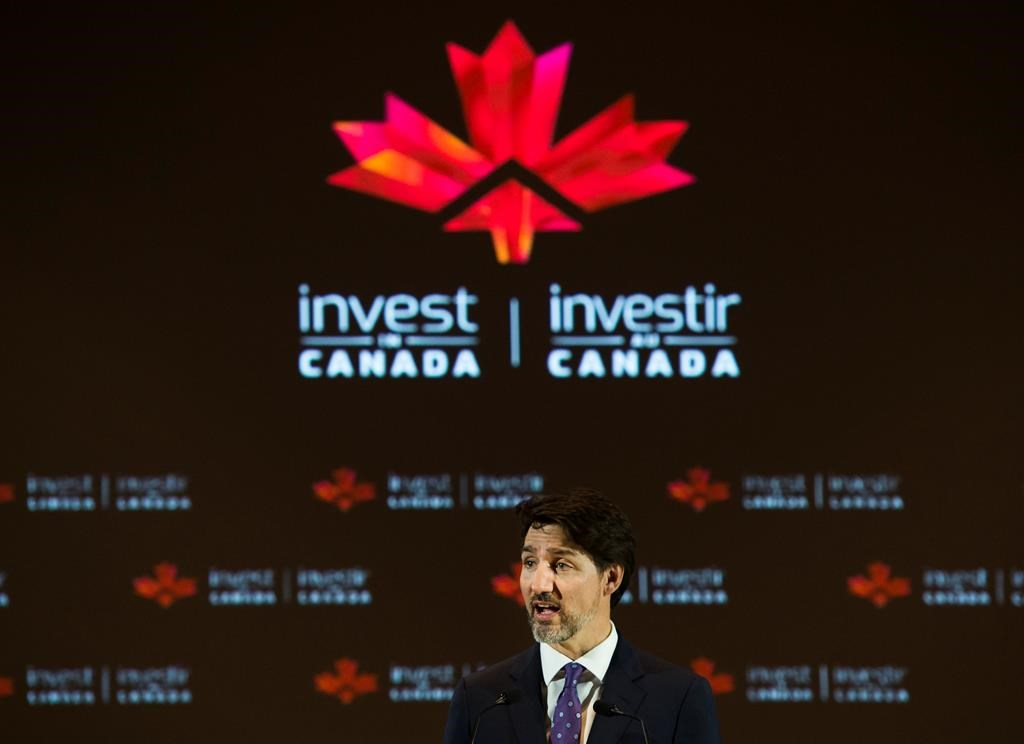 Trudeau was in Toronto speaking at the Prospectors and Developers Association of Canada conference, where he lauded the mining sector's efforts to protect the environment. He also offered up some help.

"As people in this room know, electric vehicles are not just for city streets," he said. "They're for cleaner mining operations, which protects the health of workers and the environment."

He gave a shout-out to Goldcorp's Borden mine in Chapleau, Ont., as Canada's first all-electric underground mining project, and to MacLean Engineering, a Collingwood, Ont., company that is producing electric mining vehicles.

"This is only the beginning," said Trudeau. "Our government wants to support this sector in accelerating the use of clean mining trucks here at home."

Last year's federal budget created the zero-emission business tax writeoff for zero-emission vehicles including electric cars, hybrid-electric cars and hydrogen-fuel cell cars. Businesses can write off 100 per cent of the purchase price, up to $55,000, in the year the car goes into service.

The writeoff is not available if the cars in question also benefit from the parallel rebate program, which sees the cost of many electric cars reduced for consumers by as much as $5,000.

The business program will now extend to off-road vehicles as well such as mining equipment and farm equipment. With the types of vehicles available expanding each year, the program specifies that the 100 per cent writeoff will be available for vehicles that will be used before 2024.

It is expected to cost $62 million over the next five years.

Pierre Gratton, president of the Mining Association of Canada, said the announcement responds to one of his organization's budget asks. Gratton said the use of electric vehicles in Canadian mines is expanding but that comes at a "significant cost premium." He said this program will help.

The electric-vehicle rebate program proved so popular, nearly half its $300 million allotment was gobbled up between May 2019 and mid-January. The funds were to last for three years but as of Jan. 19, $134 million had already been claimed. Transport Minister Marc Garneau said in January he was considering whether to expand the program.

Trudeau also used his speech to the miners Monday to implore Canadians to end the polarized debate over how to address climate change, even as he acknowledged the voices at both ends of the spectrum are getting the lion's share of attention.

"Around the world and right here in Canada the debate between environment and economy is becoming increasingly contentious and polarized," he said. "I think we can all agree it's unhelpful for polarized views to define the battleground of a debate."

He compared it to the extremely hot debate about free trade in the 1988 election, noting that within five years Canadians had generally come to agree that global free trade is a benefit to them and the Canadian economy.

This report by The Canadian Press was first published March 2, 2020.

Get one if you can afford it.

Get one if you can afford it. They are AMAAZING. We took advantage of the rebates last spring.

We'll pay off over 3000 of the cost each year by not having to buy gas...if you've solarized, its even better. To hell with cramped cruises.....we've invested in a good tent and will hit the road like we did when younger and smarter. Free, free at last.

Right now we have to stay on the Trans Canada, but that will change quickly as chargers go in everywhere.