New rule proposed by Trump could kill millions of birds 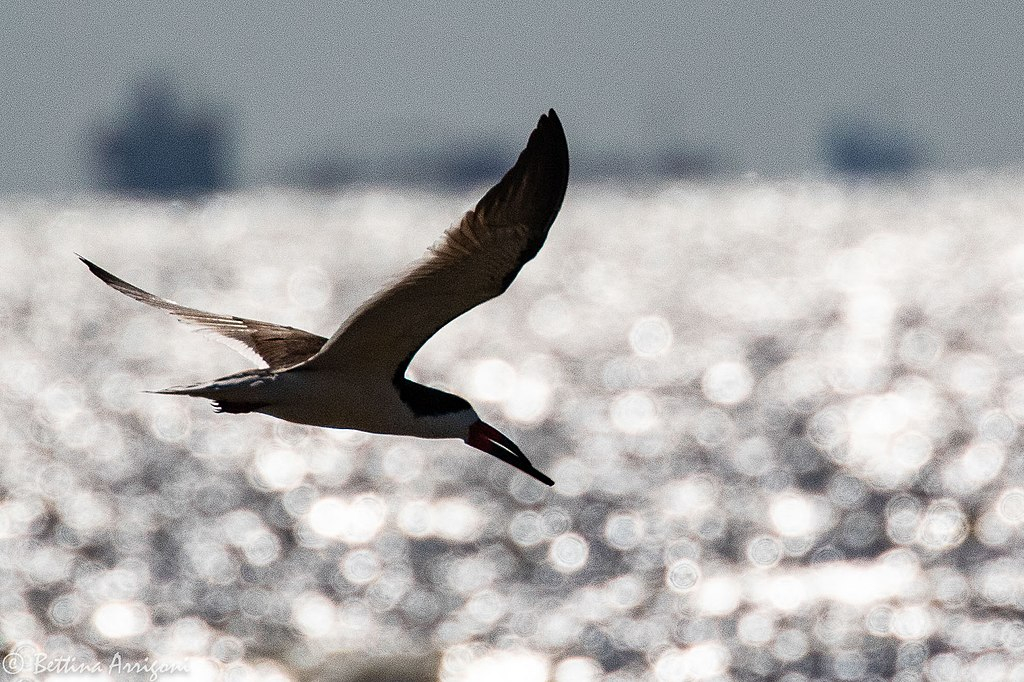 In May 2010 I went to the Gulf of Mexico to report on what oil from British Petroleum’s blown-out Deepwater Horizon rig was doing to migratory birds and other marine life. On barrier islands I saw brown pelicans, laughing gulls, black-crowned night herons, great blue herons, tricolored herons, snowy egrets, great egrets, roseate spoonbills, Forster’s terns, and royal terns — all black with oil. The lucky ones couldn’t fly. Some of those were captured and washed. A few survived.

Back then America’s landmark environmental/conservation statute — the Migratory Bird Treaty Act (MBTA) — made it illegal to kill migratory birds either intentionally or accidentally. Congress enacted the law in 1918 as part of a treaty with Canada and Mexico (later Russia and Japan) to protect shared bird species.

For killing at least a million migratory birds BP paid $100 million. This and other such fines have been used to repair some of the damage wreaked by MBTA violators. But if a rule proposed on January 30 by the Trump administration is finalized, violators like BP won’t have to pay a cent.

The proposal came in the form of a U.S. Fish and Wildlife Service (USFWS) release. But according to all the wildlife professionals I interviewed, the agency’s staff had nothing to do with it. The release included no word from any wildlife advocate, only gushing approbation from people and organizations given a heads-up in advance of the proposal and speaking for energy, mining, utilities, agribusiness, land development, and other interests that find the MBTA inconvenient.

The new rule would codify a 2017 opinion by an Interior Department lawyer who had previously worked for Charles and David Koch.

The proposal would codify a bizarre 2017 opinion hatched by the Interior Department’s then-deputy solicitor Daniel Jorjani (now its top lawyer), who had been employed by fossil fuel moguls Charles and David Koch before joining the Trump administration. In addition to legalizing unintentional but predictable and preventable killings of migratory birds — i.e., “incidental take” — it would contravene the will of Congress, abandon 102 years of MBTA application and violate a five-nation treaty.

“Migratory bird conservation is organic to the USFWS,” declares Dan Ashe, who directed the agency under President Barack Obama. “If the proposal is finalized, the end result will be millions of dead birds.”

In 45 years of writing exclusively about wildlife I’ve seen dozens of MBTA violations. Maybe the second worst, after the BP spill, was migratory bird mortality caused by gas- and oil-well wastewater stored in uncovered pits and tanks.

How a Trump Administration Rule Could Kill Millions of Birds

On the high plains of eastern New Mexico, excretions from oil-eating bacteria bubbled through a witches’ brew of toxic metals, hydrocarbons, and volatile organic compounds, filling the windless air with the stench of rotten cheese. The croaks of Chihuahuan ravens drifted down from a cloudless sky. Western kingbirds harassed an orbiting Swainson’s hawk, and roadrunners dashed through mesquite. All were in danger from the exposed wastewater.

When oil and gas gets pumped from the earth, saltwater comes with it. In this wastewater, residual oil creates a sheen resembling the surface of a sunlit pond. Often there’s no natural water for miles. Insects, reptiles, amphibians, and waterfowl are drawn in and get fouled if the wastewater isn’t covered. Their struggles attract raptors, which also get fouled. Songbirds and bats swoop down to snatch thrashing insects, then die. Any bird able to extricate itself ingests toxins when it preens, thereby destroying its kidneys and liver. And, if it’s incubating, oil on its feathers poisons the eggs.

The Trump administration’s rule would legalize such bird mortality. But under historical MBTA policy it was easily and cheaply prevented. When the Fish and Wildlife Service discovered exposed wastewater it informed operators that they faced criminal prosecution unless they covered the hazards with screens or netting. Almost always they complied.

Former Fish and Wildlife deputy chief for law enforcement, Gary Mowad, explains that based on the 2017 Jorjani Opinion, the agency no longer conducts “flyovers of oil and gas production areas to identify potential threats to migratory birds, such as uncovered oil and waste ponds” and is precluded “from even going out to discuss voluntary bird protection measures.”

In May 2018, when Mowad and another former agent conducted their own aerial surveillance of oil fields in Montana and Wyoming, they observed: “Dozens of open, uncovered waste ponds with surface oil on them. At some fields, the surrounding wetlands and streams also clearly had oil in them. We also saw some waste ponds that had avian exclusionary netting which had not been maintained…. These are exactly the kinds of conditions that would have been remedied prior to the Jorjani Opinion.”

Remedies had been very much the norm, according to Ashe. “The administration paints a picture of death struggles between the energy industry and the service over bird conservation,” he told me. “That’s a false narrative. It was an extremely cooperative relationship. If we couldn’t show U.S. attorneys that we’d made every effort to encourage compliance, they wouldn’t take the case because any judge would throw it out. Our folks would go out of their way to work with industry. If they saw an oil pit that wasn’t covered, they’d advise the operators that they were likely killing birds and ask them to put up nets or screens. If they came back and it hadn’t been done, they’d issue a notice of violation. A third time they’d refer it to the Justice Department.”

In central Colorado, Fish and Wildlife Special Agents Roger Gephart and Leo Suazo once showed me what happens to raptors when they perch or nest on uninsulated power poles. “See that pole,” said Gephart. “It’s new.” A great horned owl had incinerated the old pole along with itself when it had touched two live wires. We found copious raptor bones and feathers under other poles.

Piled in the back of Gephart’s truck were electrocuted birds he’d recently picked up, including a golden eagle with its feathers burned off, a bald eagle with a melted beak, and a red-tailed hawk still clutching a coachwhip snake. Near the snake’s head was a charcoal-ringed hole where the current had entered.

PacifiCorp paid $1.4 million in fines and $9.1 million to insulate its electricity lines after birds were repeatedly electrocuted on its power poles.

For such MBTA violations PacifiCorp paid $1.41 million in fines and restitution and $9.1 million to retrofit its power poles — this after it had repeatedly ignored Fish and Wildlife Service warnings and attempted to deceive it by secretly burying electrocuted birds. Under the Trump administration’s rule PacifiCorp would have gotten off scot-free.

Dominic Domenici, retired USFWS Special Agent in charge of law enforcement for Wyoming and Montana, remarked: “After our prosecution of PacifiCorp, power companies did an incredible job of retrofitting. Electric lines had been killing the hell out of raptors. We worked with companies that would work with us and aggravated ones that wouldn’t. It took 20 years, but we kept at it. If you don’t rattle your sabers, you’ll never get anything done.”

Utilities won’t have to retrofit if the Jorjani Opinion is codified. And, without the threat of prosecution, there will be no incentive to do so.

The Jorjani Opinion has already caused severe bird mortality because it became guidance for enforcement. In January 2018, for example, a tugboat spilled oil in Great Harbor, Massachusetts, killing at least 29 seabirds. When the Coast Guard contacted the Fish and Wildlife Service, it was informed there’d be “no enforcement action” because the kill was “incidental take.” The following June the agency issued a memo stating that “an individual or entity may destroy an active nest while conducting any activity where the intent of the action is not to kill migratory birds or destroy their nests or contents.” The same month it okayed logging in a heron rookery, explaining that since the “intent and purpose of the activity is to harvest trees, not to take MBTA birds, nests, or eggs,” there’s no “enforceable prohibition.”

Bird advocates aren’t giving up. On January 8, Congressman Alan Lowenthal (D-CA) introduced the Migratory Bird Protection Act (H.R. 5552) that would prohibit incidental take of migratory birds except by special USFWS permit based on best management practices. At this writing there are 48 cosponsors, including bipartisan support from three Republicans. In the Senate, Chris Van Hollen (D-MD) is working on similar legislation.

Maybe the best hope to save the MBTA issues from a motion for summary judgement against the Jorjani Opinion filed on January 17 in the U.S. District Court of Southern New York by eight states and six environmental groups. Signing on as amici curiae were Ashe and 10 other wildlife professionals who served at Interior under Republican and Democrat administrations as far back as 1972.

As the motion states, “the Jorjani Opinion is inconsistent with the treaties that the MBTA implements, which mandate that the United States and other signatories regulate incidental take.” Canada and Mexico have expressed outrage and a sense of betrayal.

The timing of the proposal was as bizarre as the Jorjani Opinion it seeks to codify. Less than four months earlier, the journal Science published a study revealing that there are 2.9 billion fewer birds in Canada and the U.S. than in 1970, a decline of 29 percent.

One case brought against a Wyoming wind farm under the Migratory Bird Treaty Act led to advances in bird-friendly technology.

Also bizarre was the 45-day public comment period. For such major rules, comment periods often run twice that long. “This tells me there’s urgency on the part of the administration to finalize the rule 60 days prior to the election,” says the USFWS’s former MBTA administrator, Paul Schmidt. “That way it can’t be automatically suspended and reviewable by a new administration.”

In central Wyoming, I saw what wind farms plunked in the wrong places do to birds and other wildlife. The once-beautiful Shirley Basin has been rendered an industrial park by PacifiCorp. Turbines marching across dwarf forests of sage, mixed-grass prairies, and saltbush flats have trashed the native ecosystem. Among the many victims of habitat loss are sage thrashers, greater sage-grouse, sagebrush sparrows, black-footed ferrets, elk, mule deer, pronghorns, and sagebrush lizards. Killed directly by turbine blades in this and other ill-sited wind farms are bats and birds.

Because wind power is perceived as “green,” the Fish and Wildlife Service takes it easy on the industry. Still, in 2013 it prosecuted Duke Energy Renewables for dicing golden eagles and other migratory birds in east-central Wyoming, winning a settlement of $1 million in fines and mitigation. That prosecution inspired advances in bird- and bat-friendly turbine technology. But such advances won’t happen if the Trump administration’s proposal succeeds. What’s more, it would allow utilities to build wind farms in the middle of flyways and kill with impunity.