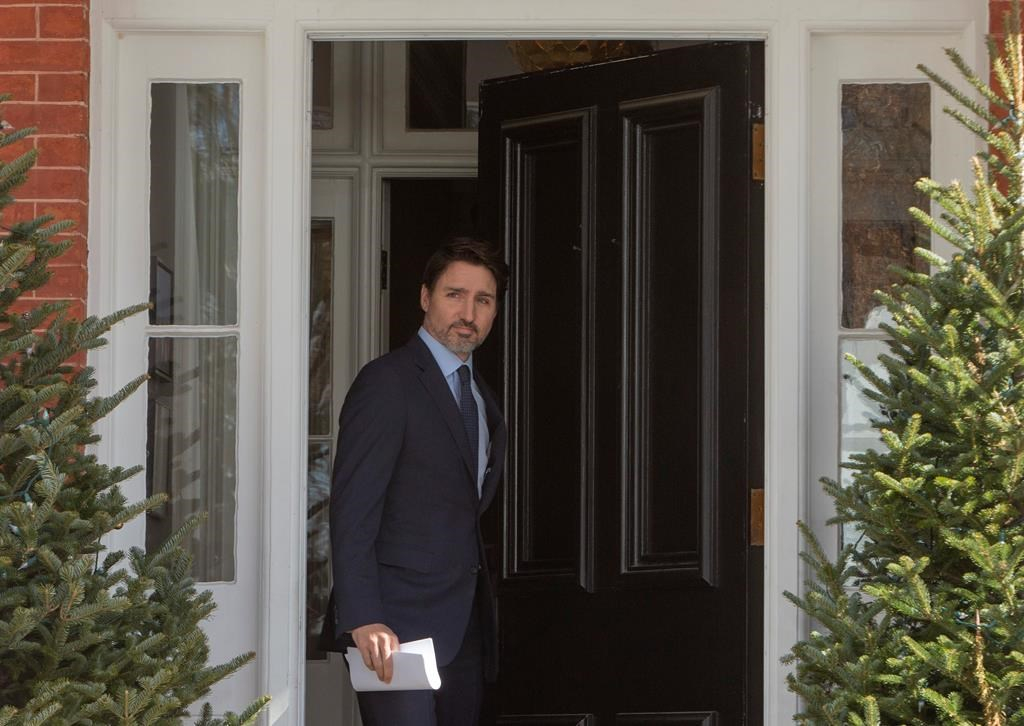 Canada's central bank cut another half-point off its key interest rate in an emergency move that comes ahead of what the federal Liberals say will be a "significant" stimulus plan to cushion the economic blow from COVID-19.

The Bank of Canada's overnight rate target now stands at 0.75 per cent after an unscheduled rate decision due to the double-shot of the pandemic and lower oil prices that are weighing on the economy.

Governor Stephen Poloz unveiled the decision alongside the head of the agency overseeing financial institutions, and federal Finance Minister Bill Morneau who noted the rarity of having the three figures sitting together to make a policy announcement.

The announcement capped a week of turmoil in North American markets, which finished up on Friday, amid heightened economic concerns stemming from the novel coronavirus pandemic and forecasts of a looming recession.

Private-sector economists have said a federal stimulus package worth as much as $20 billion, or roughly one per cent of GDP, may be needed to insulate Canada's economy.

Morneau wouldn't go into numbers, only saying details would come next week.

"The scale of the response will be against the scale of the challenge. We're trying to make sure we do what it takes in order to stabilize our economy," Morneau said.

"It's important that we address the issue that we're facing."

Prime Minister Justin Trudeau foreshadowed some of what is to come. He said Ottawa was looking to get money directly into the pockets of Canadians so they can cover their bills should their lives be upended by COVID-19.

Bank of Canada cuts rate target to 0.75 per cent in response to COVID-19

Help would be targeted at vulnerable Canadians, as well as small businesses and workers who see disruptions in their earnings so households don't have to stress about rent and groceries, he said.

The opposition parties said they would pitch their own ideas to Morneau in the coming days as the government gets ready to add to the $1 billion spending package announced Wednesday that largely targeted the health care system and eased access to federal benefits for affected workers.

The Liberals had promised to deliver a budget on March 30, and Morneau wouldn't say if that means he's going to delay the release of this year's budget given the House of Commons is on hiatus until late April to help curb the spread of COVID-19.

Parliamentary budget officer Yves Giroux said the short-term economic picture is bleaker than it was just a few weeks ago due to the coronavirus, whose impact will be greater last month's rail blockades. A PBO report Friday estimated 0.2 per cent drop in economic growth for the first quarter from the blockades, with the effects dissipating through the rest of 2020.

Measures that even if not announced are at least promised could address economic uncertainty, Giroux said, adding a $20 billion package isn't "unreasonable."

CIBC senior economist Royce Mendes suggested in a note that spending above what Morneau announces next week might yet be needed depending on how things play out. The worst could be contained to a relatively short period with the right supports in place, wrote Brian DePratto, senior economist at TD Economics. And the economy could bounce back quickly afterwards, wrote BMO chief economist Douglas Porter, because it was "relatively healthy before the hurricane."

Poloz said the bank stood ready to use more tools in its monetary arsenal if the situation required — echoing comments he made last week after the central bank shaved a half point off its key rate, which was its first cut in five years.

By cutting its overnight rate target, the central bank hopes to boost the economy by prompting large banks and financial institutions to cut prime lending rates and free up money for households to spend.

"In situations like this, it's consumer and business confidence which tend to erode and that causes decisions to slow down regardless of how much capacity there is in the system," Poloz said.

In tandem, the government said it was making $10 billion available to businesses through a credit facility program used during the 2008 financial crisis.

And the Office of the Superintendent of Financial Institutions reduced the amount of capital the country's largest banks have to hold as a protective buffer, hoping to unlock $300 billion in lending capacity.

Morneau also said that CEOs of the major banks have promised to "support businesses and individuals" with fairness and compassion.

This report by The Canadian Press was first published March 13, 2020