Feds cancel some flights to avoid firewall between U.S.-Canada border

By Mike Blanchfield & James McCarten | News, US News, Politics | March 14th 2020
#24 of 1611 articles from the Special Report: Coronavirus in Canada 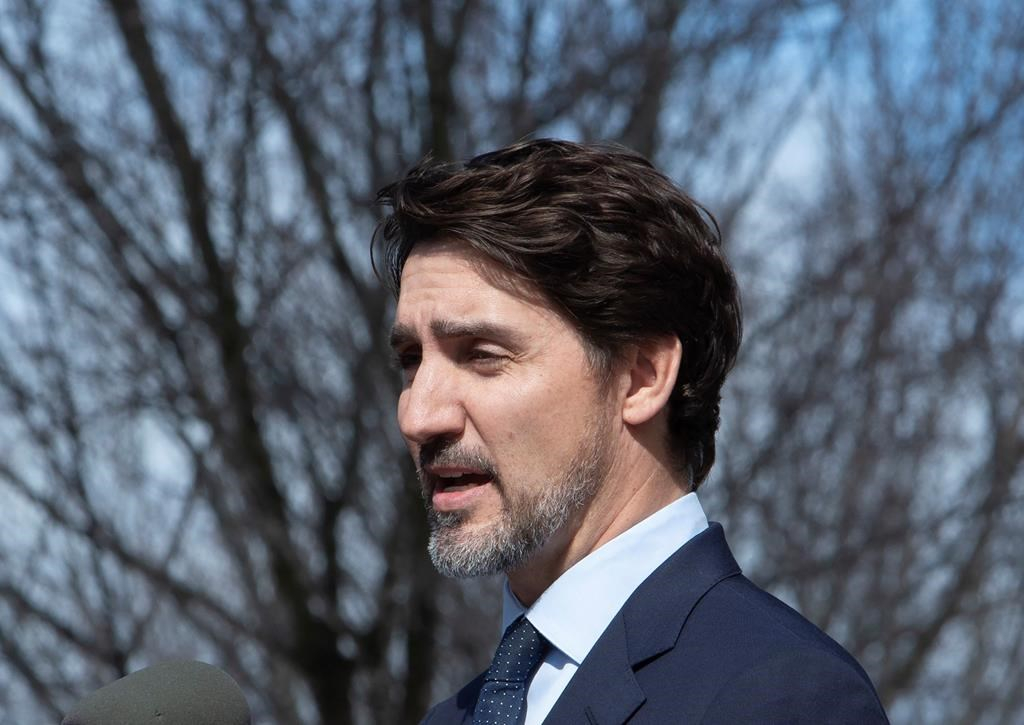 The federal Liberal government imposed its own limits on incoming flights from overseas Friday — nothing as severe as Donald Trump's ban on foreign nationals arriving from Europe, but enough to signal to the United States that it need not erect a viral firewall along the Canada-U.S. border.

International flights arriving from parts of the world where the COVID-19 outbreak is at its most severe will be directed to a select handful of Canadian airports, where passengers can be more readily screened for signs of illness, Transport Minister Marc Garneau told a news conference.

The move came just hours before the U.S. president declared the crisis a national emergency, and before his proclamation banning foreign visitors who recently visited any of 26 countries in Europe was scheduled to take effect at midnight.

That announcement, which came Wednesday in a rare prime-time address from the Oval Office, appeared to catch the Trudeau government off-guard and raised the possibility that the U.S. might close the Canada-U.S. border, which would have dire consequences for the Canadian economy.

Garneau and Public Safety Minister Bill Blair announced the new international flight policy after a cabinet meeting that was chaired remotely by Prime Minister Justin Trudeau, who is working in self-imposed isolation after his wife tested positive for the novel coronavirus.

Speaking from outside Rideau Cottage, his residence, Trudeau refused to rule out further measures, including forbidding travel to Canada from particular countries.

Trudeau also said he was speaking by phone with fellow G7 leaders to take joint action to address the economic downturn that the global pandemic has caused. Trudeau spoke with France's President Emmanuel Macron on Friday, after speaking with Trump, British Prime Minister Boris Johnson and Italy's Giuseppe Conte in recent days. The Prime Minister's Office provided a readout of the call with Trump, noting they discussed the Canada-U.S. border.

"We're not closing the door to any further steps but we will make those decisions based on what science tells us," Trudeau said — steps that could include closing the border, he suggested in an earlier interview with CBC.

Trump, during another memorable Rose Garden news conference, said he didn't discuss the possibility of closing the border when he spoke with the prime minister on Thursday. He did acknowledge the fact that Trudeau's wife, Sophie Gregoire Trudeau, had tested positive for the virus.

He shrugged off questions about whether he should be tested, then abruptly declared he probably would. He repeatedly shook hands with a parade of business leaders, despite public health advice against it. And when asked whether his administration is to blame for a persistent shortage of available coronavirus tests in the U.S., he said this:

"Yeah, I don't take responsibility at all because we were given a set of circumstances and we were given rules, regulations and specifications from a different time."

He also said that the United Kingdom, which was initially exempted from the travel ban and which produces the largest number of annual visitors to the U.S. outside of Canada and Mexico, may soon have to be added, given the growing number of COVID-19 cases there.

Trump said he did discuss with Trudeau the U.S.-Mexico-Canada Agreement, which the House of Commons finally ratified Friday before shutting its doors for five weeks to stem the spread of illness. The Senate quickly followed suit and the bill received royal assent, triggering a three-month window to hammer out the fine print.

"Canada is facing an unprecedented challenge from the coronavirus pandemic," Deputy Prime Minister Chrystia Freeland said. "Getting NAFTA done was something that was entirely within the power of Canadian legislators to do, and something we were able to do to help the Canadian economy at this challenging time."

Ratifying the agreement, long a cornerstone of Trump's re-election hopes, will likely be of great help to Canada's efforts to keep the U.S. from closing the border prematurely, said David MacNaughton, Canada's former ambassador to the U.S.

MacNaughton, whose tenure during the NAFTA negotiations offered valuable lessons on how best to exert Canadian influence in the era of Donald Trump, said it will be important to help the U.S. understand the potential domestic consequences of such a move.

"Closing the border, whether it's to individuals or to goods, would have a devastating impact on the U.S. economy," he said. "The last thing they need right now is to have another negative thing happen to the American economy."

Perrin Beatty, the president of the Canadian Chamber of Commerce, called ratification of the trade deal an important step towards guaranteeing Canadian access to the U.S., "particularly in a situation like this" when the impact of Trump's travel ban on Canada remains unclear.

"We still have people coming in from Europe into Canada and people here in Canada who are not Canadian citizens who may need to go into the United States. It's not clear how the Americans are going to be dealing with that," he said in an interview.

"Many of our truck drivers are new Canadians: are they apt to run into problems at the border?"

Beatty said both countries need to learn lessons from the U.S. decision to temporarily shut its border immediately following the Sept. 11, 2001 terrorist attacks on New York City and Washington.

"What we discovered from 9/11 is that we were doing to ourselves what the terrorists couldn't do to us, and that was to impose an embargo on North America," he said.

Beatty said the current pandemic can't be allowed "to impose an embargo on North America, either, or partition North America and do damage their health of all three of our economies."

This announcement flies in

This announcement flies in the face of the most recent research.
Period.