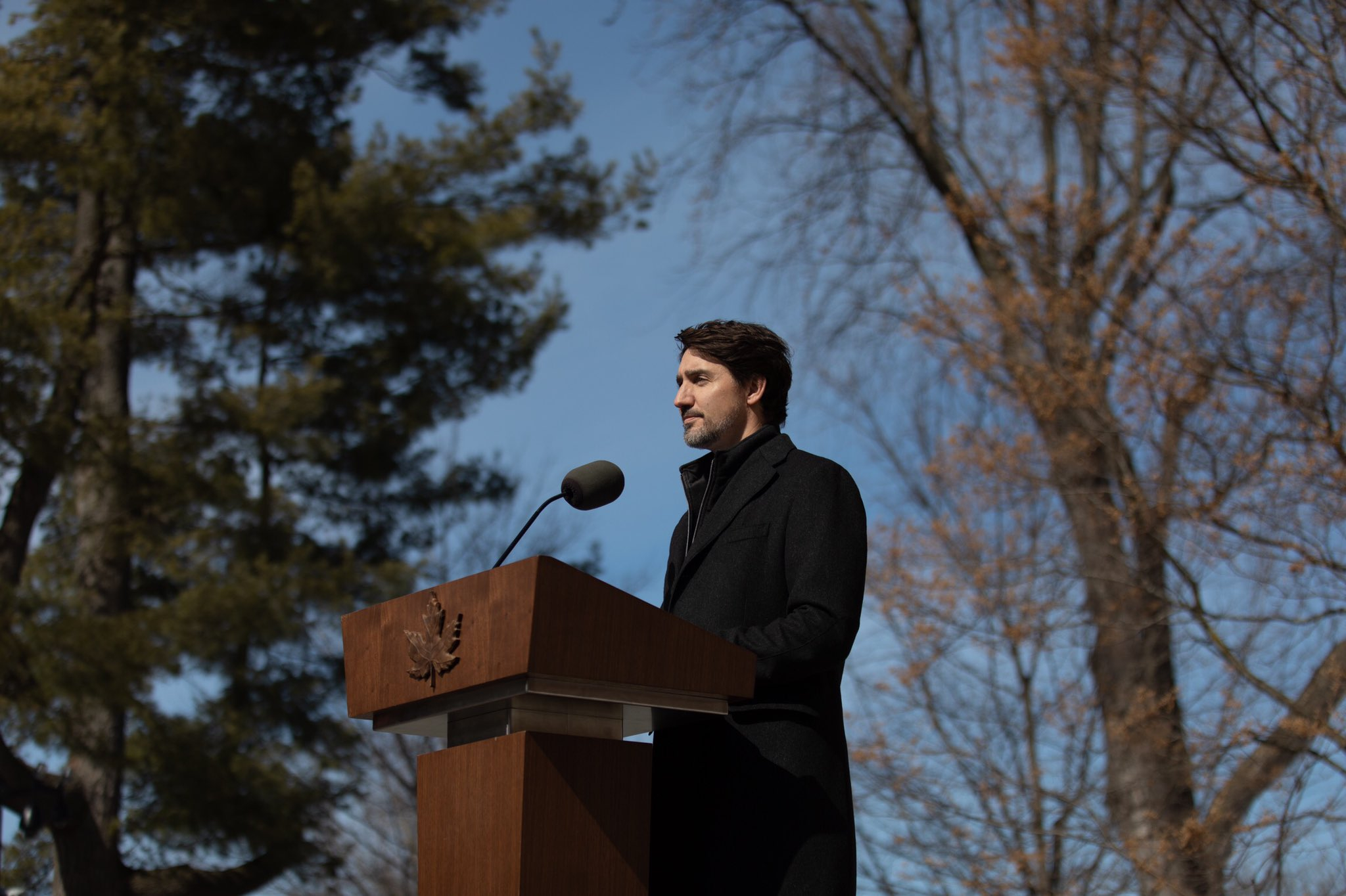 Canada is closing the border to most non-citizens starting March 18, Prime Minister Justin Trudeau announced Monday, and is restricting inbound international flights to just four airports in the country in order to slow the spread of COVID-19.

“As the virus continues to spread, we’ve decided to take increasingly aggressive steps to keep you and your family safe,” Trudeau said outside his residence in Ottawa, where he has been in self-isolation after his wife, Sophie Grégoire Trudeau tested positive.

Trudeau said Canada “will be denying entry to Canada to people who are not Canadian citizens, or permanent residents.”

There are exemptions from this new policy, he said, including for “air crews, diplomats, immediate family members of Canadian citizens and, at this time, U.S. citizens.”

The government is taking this step because it has determined that "exceptional circumstances" warrant it, said Trudeau.

“What the experts are telling us is that this situation will get worse before it gets better,” added Chrystia Freeland, the deputy prime minister, after Trudeau spoke.

Transport Minister Marc Garneau said the measures will be enacted starting March 18 at "noon." He also noted "travellers in transit to another country" are a further exemption.

There are now over 175,000 cases of COVID-19 infection globally in over 160 countries, said Canada’s Chief Public Health Officer, Dr. Theresa Tam. As of March 16, there are 407 confirmed cases in Canada and the virus has reached all 10 provinces.

Trudeau also warned that "all Canadians, as much as possible, should stay home" to help stop the virus from spreading.

Canada will be denying entry at the border as of March 18 to people who are not Canadian citizens, or permanent residents, with some exceptions for air crews, diplomats, immediate family members and U.S. citizens, PM Trudeau says.

"By staying home, you can not only protect your health and that of those around you, but ensure that our healthcare professionals and our healthcare systems can focus on those who need their help," he said.

The ministers underlined that U.S. citizens are being exempted for now in part because of the close partnership between Canadians and Americans in terms of both integrated, cross-border supply chains, as well as social and cultural ties.

The border is a “lifeline for both of our countries” and “absolutely vital to the daily life of people who live on both sides,” said Freeland, pointing to those "who are driving trucks of food in both directions across the border” and other such essential workers as examples.

Figuring out exactly which workers are essential is part of work that is happening now, said Health Minister Patty Hajdu.

The policies that Canada puts in place alongside the U.S. must not “have an adverse impact on the functioning of either of our countries," she said.

Airlines are to receive formal direction from the government to block all passengers who show symptoms of COVID-19 from even boarding a plane, said Trudeau. They must conduct an assessment of every traveller based on the Public Health Agency of Canada’s guidance.

Canada is setting up a support program for Canadians who are still abroad and need to get on a plane. Trudeau said a form of financial assistance will be offered. “I want to assure you that our government will not leave you unsupported,” he said.

Starting March 18 at 12:01 a.m., or one minute past midnight Tuesday, all flights from Europe, Asia, Africa and South America will be diverted to four airports in Canada in Montreal, Toronto, Vancouver and Calgary, said Garneau.

Here, too, the government is making a shortlist of exceptions for flights coming from the United States, Mexico, Caribbean nations and the French island of Saint Pierre and Miquelon off the coast of Newfoundland and Labrador.

The exception also includes cargo flights, said Trudeau. “The travel restrictions announced today will not apply to commerce or trade,” he said.

Travelers have been worried that these crowded conditions have provided ample opportunities for virus transmission, as social distancing would be difficult under the circumstances.

The government is alert to the possibility that such conditions will manifest as a result of Monday's announcement, said Public Safety Minister Bill Blair.

One reason behind the measures limiting non-Canadian travellers is that there will be fewer people in the first place being processed at airports, he said.

Measures are also being put in place in airport hallways to ensure proper social distancing.

Thanks for this. What happens

Thanks for this. What happens to Canadians returning home by vehicle from the US? I assume if they are asymptomatic, they can just keep on driving and self-isolate for 14 days, but what will happen to those which exhibit symptoms at the border check? Will there be quarantines instituted right at the border?