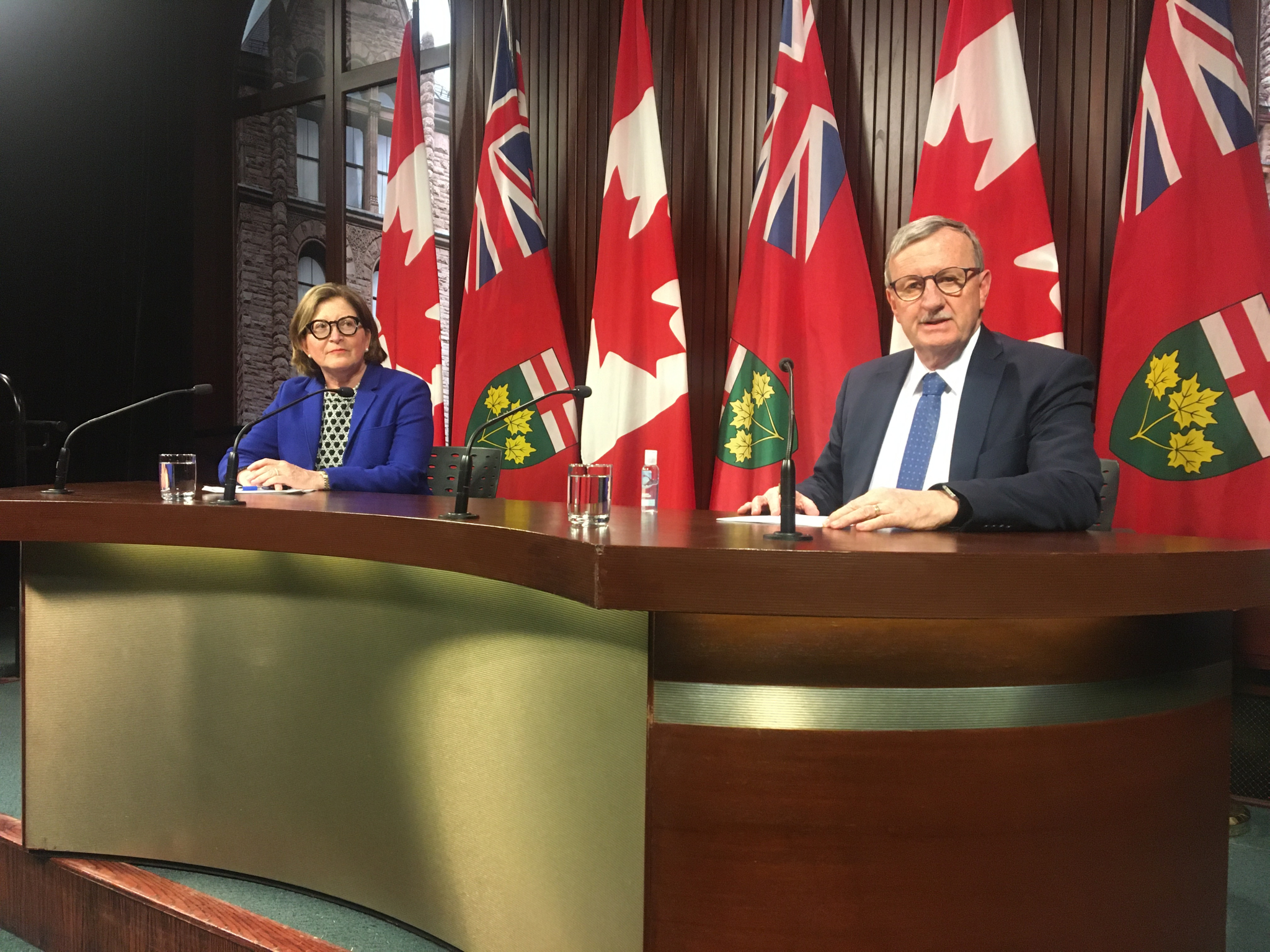 Bars and restaurants in Ontario should close as soon as possible to help prevent the spread of the COVID-19 pandemic, the province’s top public health official said Monday.

In a reversal announced hours after Premier Doug Ford said the province wouldn't be taking more steps to increase social distancing, Dr. David Williams, Ontario’s Chief Medical Officer of Health, said gatherings larger than 50 people should also be cancelled. The moves are strongly recommended but not mandatory, as Dr. Williams said he does not have the power to order businesses to close.

"This is unprecedented," Dr. Williams said. "We haven't done this before."

The new recommendations, meant to help slow the spread of the virus and prevent a deluge of cases from overwhelming the healthcare system, come just before St. Patrick's Day, one of the busiest days of the year for bars. The guidance also applies to religious gatherings, all daycares, private schools and performances, Dr. Williams said. Restaurants can continue to operate if they do takeout only, he added.

The heightened response from the provincial government came as Toronto's Medical Officer of Health, Dr. Eileen de Villa, said it's very likely that community spread of the novel coronavirus, COVID-19, has begun in the city. Dr. De Villa asked bars and restaurants in Toronto to close by midnight except for takeout operations, and warned she may issue mandatory orders that come with fines if businesses do not comply.

"We will get through this and we need your help," Dr. De Villa said.

On Monday, Ontario reported 32 new cases of COVID-19 within the past 24 hours, said Dr. Barbara Yaffe, Associate Chief Medical Officer of Health. The province currently has 172 active cases of COVID-19.

"The numbers are going up very rapidly," Yaffe said. "We cannot definitively rule out community transmission."

Yaffe said the spread of cases from the United States, which is exempt from the federal government's new border restrictions announced Monday, is concerning. Roughly half of the people infected in the past 24 hours had been to the United States, Dr Yaffe added.

On Monday, critics questioned why governments would avoid ordering non-essential businesses to close. Quebec in particular has forced the closure of bars and theatres and restricted the capacity of restaurants.

Ontario is asking bars and restaurants to close as soon as possible to help slow the spread of COVID-19.

Earlier in the day, Ford said he was prepared to "shut it down" if Williams recommended it. The premier's office didn't immediately respond to questions Monday evening about whether Williams' later announcement would prompt the government to take further action.

At times Monday, concrete information about what steps citizens should be taking was unclear. Williams said Monday that he is awaiting guidance from the federal government on whether "snowbirds" vacationing south of the border should return home.

Earlier in the day, Health Minister Christine Elliott told citizens to use their best judgment when deciding whether to go out for St. Patrick's Day.

Later, the fact that the province's request for bars and restaurants to close wasn't mandatory also caused confusion.

Williams also declined to issue clear guidelines about whether people should be using public transit, telling them they should assess the risk for themselves. (De Villa said social distancing makes public transit safer and she believes it is OK to use.)

"This is the kind of decision-making we’re asking you to make," Williams said. "I think we can rise to the occasion."