COVID-19 and flooding, an 'emergency manager's nightmare' on the horizon 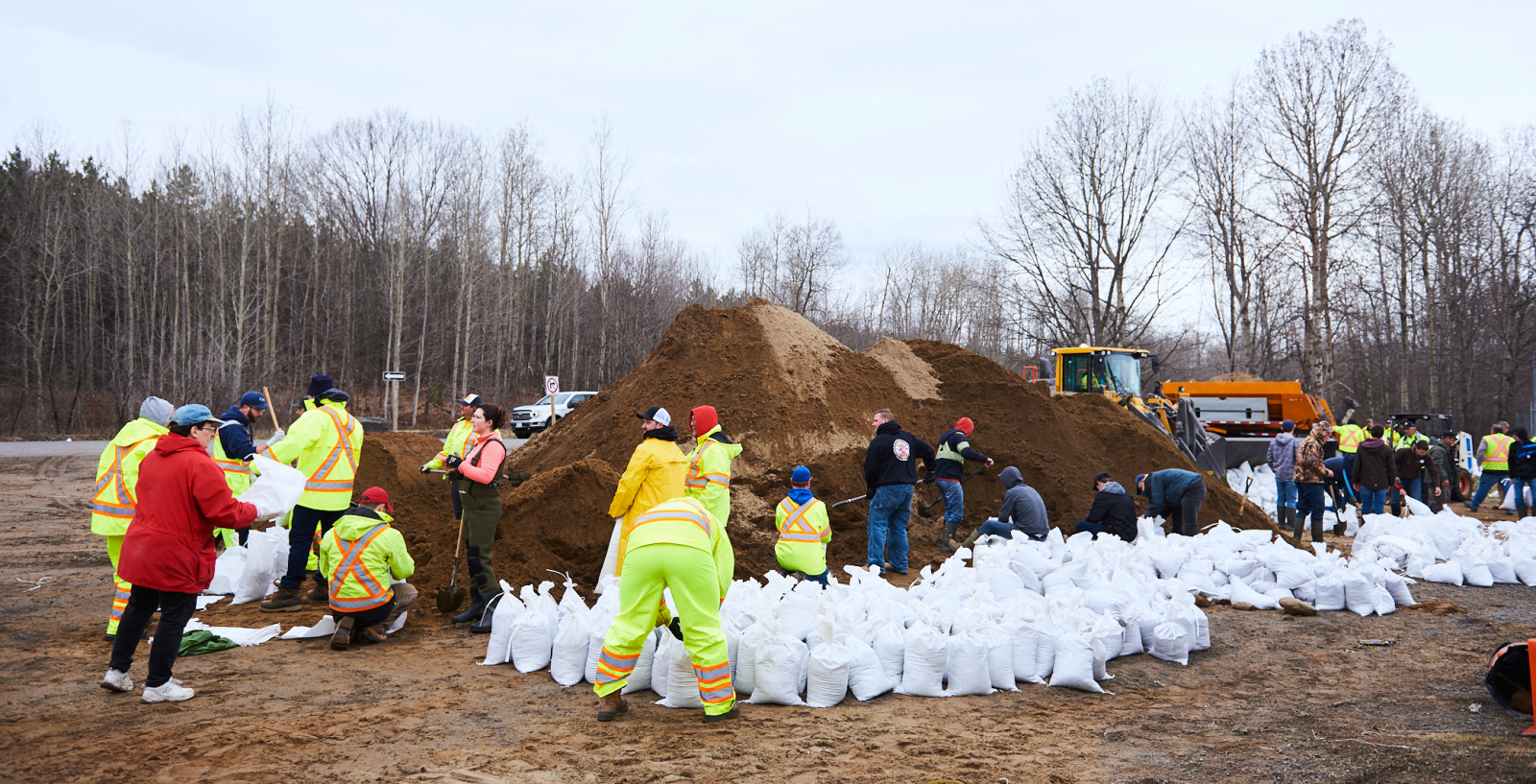 There is a risk of spring flooding in central Canada this year, according to two separate water monitoring bodies.

It’s a serious problem that could complicate the drastic measures Canada is taking to fight the coronavirus pandemic.

The Canadian Armed Forces, which sent military personnel to help with emergency response during the 2017 and 2019 floods, told National Observer that it’s “closely” monitoring the potential for flooding while still taking measures to avoid being exposed to COVID-19.

The water monitoring bodies did not specifically mention the virus. But significant flooding would add a “whole additional layer of challenge” to Canada’s full-blown assault against the pandemic, said one expert in emergency and flood risk management.

Community sandbagging will be more difficult when everyone is practicing social distancing and people are in self-isolation. The economic damage being caused by the virus has also destabilized people’s jobs and financial welfare, limiting their ability to absorb unexpected costs from flooding.

As just one example of how the virus is already impacting local flood preparedness activities, the community centre near Ottawa that became a staging ground for the regional flood response last year, and was toured by Ontario Premier Doug Ford, closed on March 16 due to COVID-19. A flood preparedness meeting scheduled for April 4 had to be moved online.

Quebec's public security minister has also warned that the risk of contamination from the virus means the province can’t open emergency shelters ​​​​​​for people who are forced out of their flooded homes, as it did in 2019.

People are going to take action to respond to rising waters, even if it means breaking quarantine, said Daniel Henstra, associate professor of political science at the University of Waterloo and a senior fellow at the Centre for International Governance Innovation who studies climate change adaptation and flood risk.

“This is an emergency manager's nightmare scenario: two potentially serious emergencies happening at once,” he said in an interview. “The stage is set for what could be one of the most challenging flood seasons we have seen in a while.

“No property owner is going to sit idly in their home if water levels are rising, regardless of public health orders around social distancing. And we shouldn't expect them to: the risk from COVID-19 is much less significant than the immediate threat that flooding poses for a family."

Residents in the area 'should remain vigilant'

The board said it will be determined by how much rain the region will get and how much water ends up flowing down from Lake Erie and the Ottawa River in the next several weeks.

Water level data as of March 11 shows above-average levels flowing from the Niagara River into Lake Ontario, in Lake Ontario itself, as well as flowing into the St. Lawrence River and at Lake St. Louis near Montreal.

“Residents and communities along Lake Ontario should remain vigilant and continue to make preparations for potential impacts of high water this spring, as the risk remains elevated, particularly during periods of strong winds and waves,” reads the board’s statement.

The “elevated” risk status from the board shows it is still considering the issue of flooding roughly a month after it had made an earlier determination on Feb. 26 that “the risk of high water this spring remains elevated.”

Another recent statement from the Lower Trent Conservation Authority, a community-based environmental organization that monitors the shoreline of Lake Ontario and the Bay of Quinte near Belleville, Ont., also noted that water levels have been high.

The conservation authority said March 13 they were seeing levels at 51 centimetres above average for this time of year, which they said was only 14 centimetres off the record high for mid-March.

"Higher than normal water levels have continued on Lake Ontario throughout the fall and winter. Unprecedented inflows into Lake Ontario have kept these water levels elevated over the past few months,” said the organization. Residents in the region "should be aware of the potential for erosion and flooding."

The armed forces must be ready at all times to conduct operations at home and abroad, he noted, including by supporting communities through Operation LENTUS, which is the military’s response to domestic natural disasters like forest fires and floods.

At the same time, military personnel are taking “all precautionary measures to avoid any illness or additional exposure to DND employees and (Canadian Armed Forces) members from COVID-19’” said Le Bouthillier.

“Internal measures are being taken to mitigate the risk to our personnel and preserve our operational capabilities and readiness for current and future deployed operations,” he said.

Le Bouthillier declined to “speculate” on what a request for military help might entail, given that there had not been a request for help yet from provincial governments.

Typically these requests come after the resources of first responders in provinces or territories like medical personnel, police and fire departments have been overwhelmed.

Karine Martel, a spokesperson for Public Safety Canada acknowledged a request for comment on March 16 but could not offer a response before publication.

Henstra, the University of Waterloo associate professor, has worked with Public Safety Canada as well as Global Affairs Canada, Health Canada and other federal departments.

He said it was likely that emergency managers in Ontario and Quebec were “running scenarios and planning for the worst.” Preparing for, and responding to, floods is a stressful and expensive endeavour under normal conditions, he pointed out.

One hopeful sign, said Henstra, is that Ontario has already declared a state of emergency while Quebec has declared a public health emergency due to COVID-19.

That “frees up resources and allows for quick decisions by the provincial cabinet,” he said. It means money may be able to get to communities and homeowners quicker than usual.

I wonder if anyone is looking

I wonder if anyone is looking at the flood risk in NB this year. The snow pack is worrisome, but if temps stay moderate it may be reduced gradually. That hasn’t happened in the past 3 years, so do spare a thought for the East....not just Alberta and Ontario.

Hi C Anne Crocker,
Flood monitoring is something that happens at the provincial level, not federal, so your provincial government most certainly has an emergency team (likely under your provincial ministry who manage natural resources or something similar) who would be monitoring daily weather, melt rate, etc. and be planning for emergencies. I hope that info helps ease your worries. I know you have had terrible flooding in recent years and send prayers it won't be the same this year, especially with everything else we have going on at the moment. Wishing you good health.