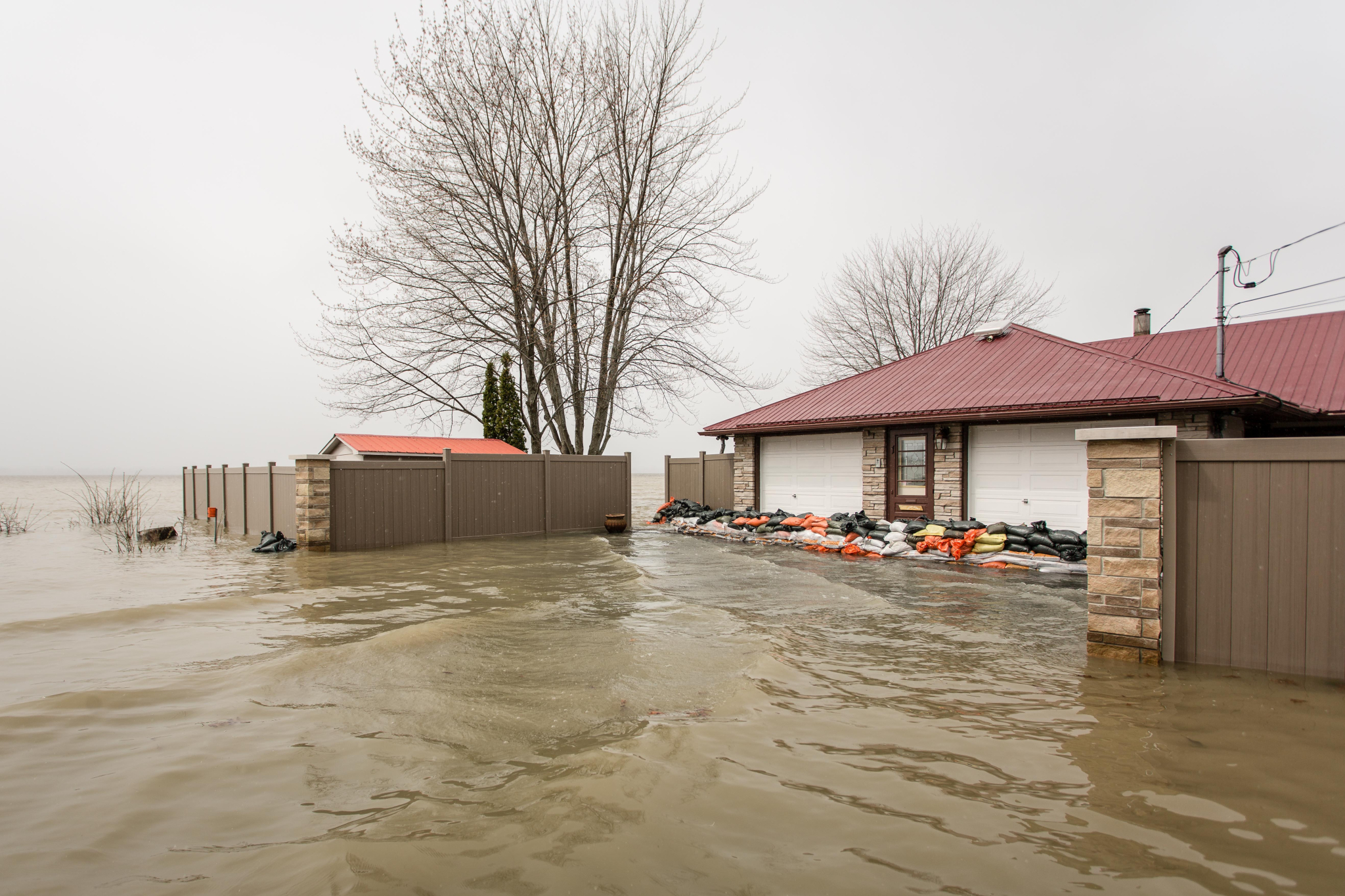 Rising water closes in on a home in Gatineau, Que. on May 8, 2017. Photo by Alex Tétreault
Previous story
Next story

Canada needs to up its game when it comes to flood maps, says a national group of professional appraisers, as the climate crisis distorts property values across the country.

In response, federal government officials say they're working to complete a nationwide inventory of flood maps within the next two years.

The Appraisal Institute of Canada is a group of over five thousand members who conduct over a million appraisals a year. Appraisers are relied on by everyone from potential homebuyers to real estate developers, brokers, commercial builders, governments and the insurance industry for independent information on the true value of properties.

The institute is warning that flood maps in Canada have become outdated, as climate change is leading to more annual precipitation, more rainfall in winter, more urban flooding and more coastal flooding. Communities in several parts of the country have been hit with abnormally intense floods in recent years, which has led to thousands of residents struggling to contain property damage.

If flood maps aren’t current, that has significant consequences. Appraisal Institute of Canada CEO Keith Lancastle told National Observer that this goes not just for existing homes and buildings, but also proposed new developments; anything that would "compromise" the stability of the Canadian financial system.

“In some cases the flood mapping is not current because it hasn’t been updated in 20 or 30 years," he said. “If you have an area that’s now going to be prone to flooding because of any number of factors — changes in the topography around it, climate change, heavier rains — that information should be updated by the appropriate authorities.”

Flood maps refer to digital topographic information indicating the boundary lines of flood zones, or areas that are at risk of flooding. How they are produced differs from jurisdiction to jurisdiction, due to different factors, such as the location of Crown land in the region.

Lancastle called on the federal government to “make an immediate investment" to improve the quality and availability of terrain data, which provides the basis for flood maps, in its upcoming 2020 budget.

Flooding has cost the Canadian economy more than any other hazard, according to Natural Resources Canada officials.

The climate emergency is distorting property values across the country and the nation needs to invest in more accurate flood maps as a result, says the group representing Canada's appraisers.

The department told National Observer it's already working to create an inventory of flood maps produced by all levels of government across the country. This will give Canadians "a comprehensive view of the state of progress in flood mapping," said one official.

"We hope to complete most of the inventory within two years," the official said.

The work is expected to support the development of the National Risk Profile, which will take stock of the status of public safety and security in Canada. Developing this project will also let government identify any gaps in flood mapping.

The program is set to expire next month, and Malik said the government is "currently considering options with respect to possibly extending the NDMP, in light of the continued rise in disaster events, particularly flood events.​​​​​​​"

"The investments in flood risk identification and prevention measures through the NDMP reflect our government’s shift towards an emergency management approach that will better protect Canadians and their communities from the costs and heartache associated with reoccurring high-risk flood events," said Malik.

"The federal government will continue to work with partners, including provinces and territories, municipalities and Indigenous Peoples, to advance floodplain mapping in Canada."

The call from the appraisers for better flood maps comes on the heels of a similar request by the Insurance Bureau of Canada for a "national action plan to address flooding" that would include a federal government investment.

The bureau wants to see collaboration between realtors, insurers, mortgage lenders and governments this year with the aim of launching a "flood portal" that would "allow Canadians to identify their properties’ exposures to floods and the measures they can take to better protect themselves."

In a joint study with the Canadian Water Network, the bureau said there was an opportunity to improve flood map accuracy with better data. "Large-scale flood risk models currently rely on low-resolution (30-metre) topographical data of mixed quality that give limited consideration to municipal flood defences," the two organizations wrote in October.

In January, the bureau announced that the 2013 floods in Alberta and the Toronto area constituted the second-highest loss year on record, at $3.4 billion in losses. Flooding in 2019 in Quebec and New Brunswick cost $208 million, it said. The armed forces deployed hundreds of soldiers in those two provinces to deal with flooding last year.

Last Thursday, Lancastle laid out the case for better flood maps in a presentation to the House of Commons finance committee, which has been holding pre-budget consultations. “It’s very clear, when you look at a city like Ottawa, or a city like Montreal that was dealing with the amount of flooding that happened last spring, there are steps that need to be taken,” Lancastle told the committee.

“There are steps that homeowners need to take to understand where they’re looking to purchase, or build a home — whether that be the outright decision to purchase or build a home in that area, or whether there needs to be additional steps taken in the construction to help protect that home.”

Both cities have been gathering new flood plain data. The City of Ottawa has been using an aircraft-mounted sensor system, while municipal agency Communauté métropolitaine de Montréal has been setting up a network of water measurement stations.

Lancastle said “challenges” stemming from climate change have “resulted in individual property owners seeing reductions in the value of their property, or the need to take additional steps to help protect that property from the impacts of climate change.”

Editor's note: This story was updated at 2:56 p.m. Eastern on Feb. 12, 2019 to include additional information from Public Safety Canada. It also corrected that federal funding for flood mapping can be accessed under the National Disaster Mitigation Program, not the Disaster Mitigation and Adaptation Fund as previously mentioned.

The bigger joke (and outrage)

The bigger joke (and outrage) is the developers continuing to develop and sell property known to be subject to floods.