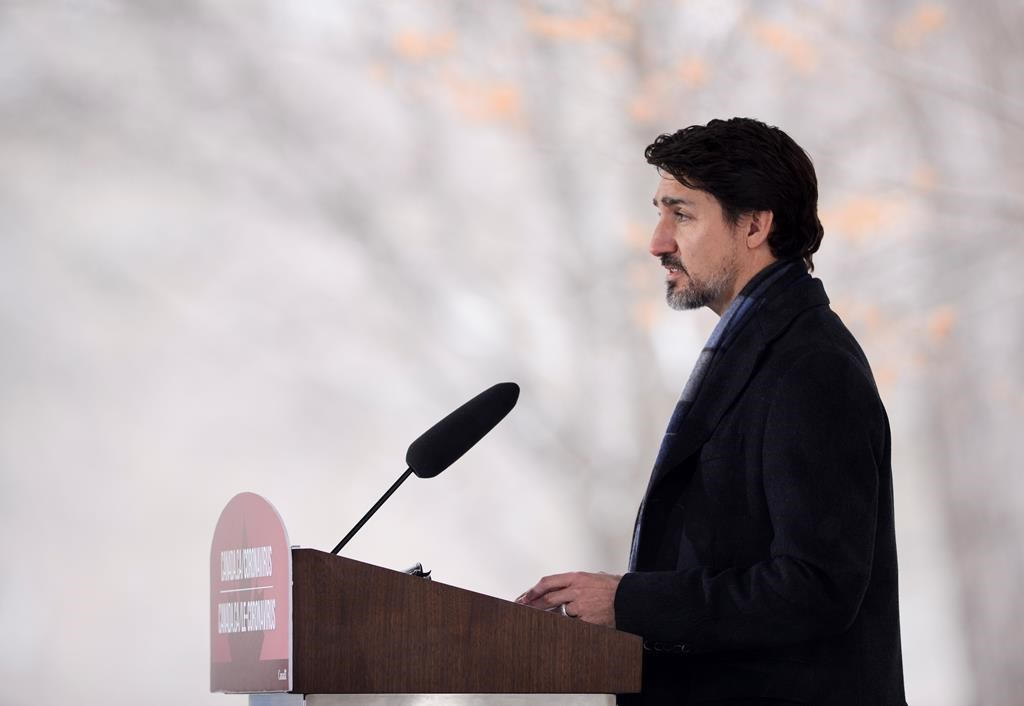 Prime Minister Justin Trudeau is pointing to an impending bailout package as a way to help renters affected by COVID-19, though new research suggests hundreds of thousands of households may be in dire financial straits before the federal money arrives.

The Liberals are asking the opposition parties and Senate to rapidly approve a $27-billion spending package, with a further $55 billion in tax breaks and available credit.

The House will take up the measure on Tuesday and the Senate is scheduled to deal with the legislation on Wednesday.

Speaking outside his Ottawa residence, Trudeau said the legislative package would allow the government to quickly get money into the pockets of Canadians who need the help paying their bills, such as rent.

"That is why we are working extremely quickly to get money out the door and into the pockets of Canadians during this extraordinary time."

However, some of the benefits won't flow for a few weeks and a new report out Monday suggests many renters may not be able to wait until the first aid flows next month.

Research from the Canadian Centre for Policy Alternatives says just under half of renters in this country, or 1.6 million households, might have only enough money saved in the bank to pay their bills for a month or less.

A further quarter, roughly 830,000 households, don't have enough income to get through a single week without pay, the analysis says.

"As the crisis worsens, the need to support low-income renters becomes even more urgent," said Ricardo Tranjan, a political economist with the centre and the report's author, in a statement. "Both the federal and provincial governments must work to keep renters safe and solvent."

COVID-19 has produced a rapid downshift in the economy as businesses are forced to close and Canadians asked to stay home, which has led to a sharp drop in consumer spending and a sharp jump in claims for employment insurance benefits. Last week alone, the government received 500,000 new EI claims.

Many people who file for employment insurance are able to find new jobs before very long, in normal times. But the Conference Board of Canada estimated in a report of its own Monday that the economy could shed more than 330,000 jobs between April and October, which would raise the unemployment rate to 7.7 per cent. If the projections hold true, the organization estimates Canada's economy would contract by 1.1 per cent this year.

Many of the hardest-hit sectors employ many of the nation's renters.

To help them, the Canada Mortgage and Housing Corporation, which oversees the federal government's national housing strategy, has done a massive shift of its resources to deal with the crisis.

It has also told any organization it funds to suspend evictions until the situation improves.

"We are shifting teams, extending deadlines and easing requirements to ensure accelerated approvals. All of us at (CMHC) want to get as much money into the housing sector as we can," chief executive Evan Siddall tweeted over the weekend.

"Everyone needs a safe home."