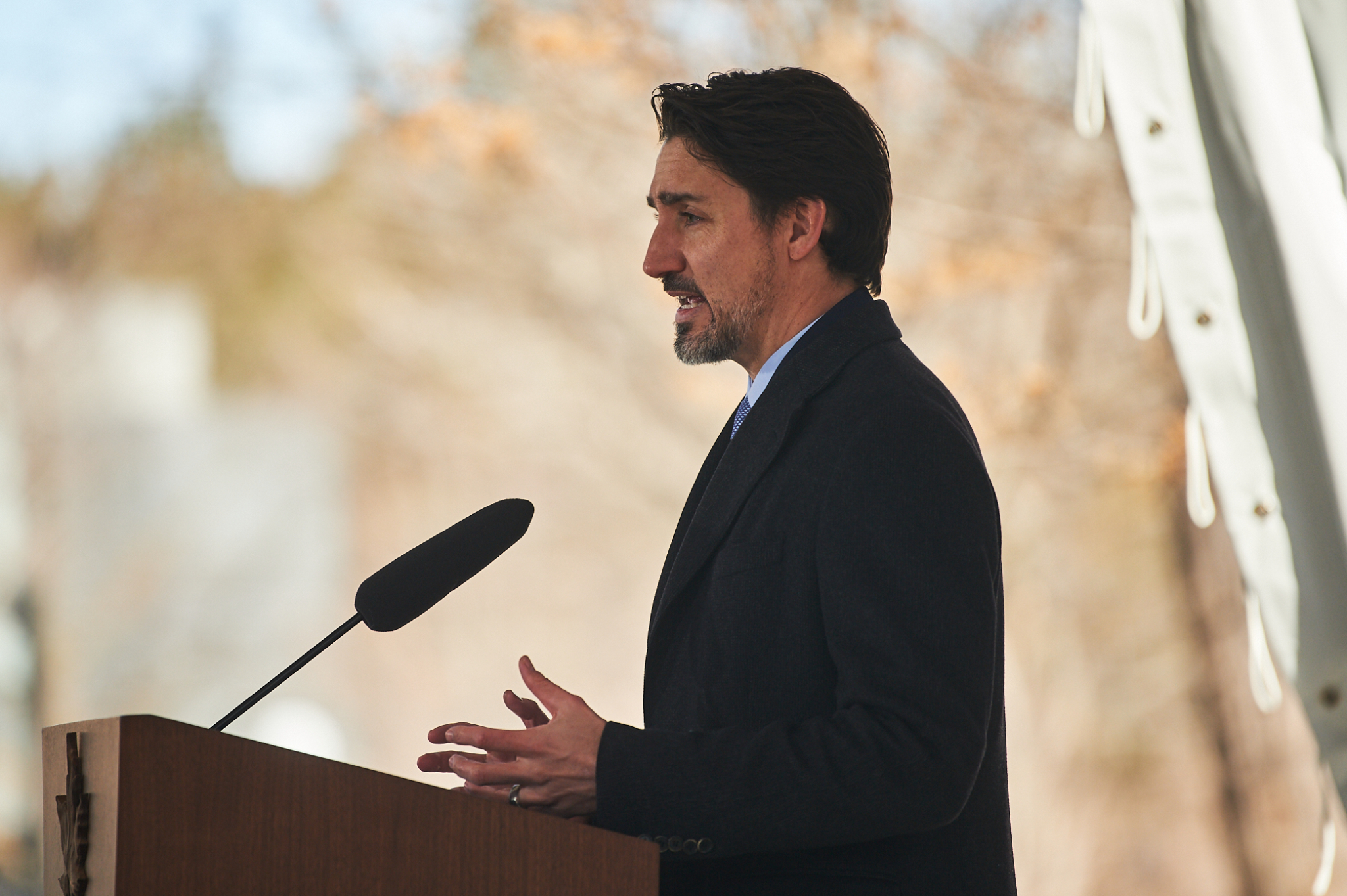 Canada has unveiled an $82-billion emergency support package for workers, employers, parents, students, Indigenous communities and other groups in order to help rebuff the economic damage being wrought by the COVID-19 pandemic.

Prime Minister Justin Trudeau said the package consisted of $27 billion worth of “direct support” to workers and businesses and another $55 billion to meet liquidity needs through tax deferrals.

With public health authorities urging all Canadians to stay home as much as they can and practise social distancing, everyone should be staying focused primarily on their health, rather than their bank accounts, said the prime minister.

“The spread of COVID-19 is forcing us all to change our ways and for many people that’s a huge adjustment. If you work in a restaurant, drive a cab, organize events or freelance to pay your bills, working from home is not so simple,” Trudeau said from Rideau Cottage in Ottawa.

“Just like if you work in the oil and gas sector, or the tourism and seafood industries, you’re looking at the uncertainty in the global economy and probably wondering not only how long this is going to last — but how long your savings are going to last.”

Finance Minister Bill Morneau said in a press conference after Trudeau that the government was “working quickly to get money into people's hands so that no matter what happens during this period, they can afford the essentials.”

The financial supports are divided into groups of benefits. More details are available on Employment and Social Development Canada’s website and further information is forthcoming from the government.

Emergency Care Benefit: Meant for sick people who can’t access paid sick leave and do not qualify for employment insurance (EI), and who have been put in quarantine or have to self-isolate, as well as those taking care of family members with COVID-19. Morneau said this will be $900 every two weeks, for up to 15 weeks.

"Canadians can apply online at home, allowing them to follow public health guidelines, and they can receive payment via direct deposit," said Morneau. "It will require a simple attestation that will not require medical documentation."

Canada has unveiled an $82-billion emergency support package for workers, employers, parents, students, Indigenous communities and other groups in order to help rebuff the economic damage being wrought by the COVID-19 pandemic.

Emergency Support Benefit: This $5 billion benefit is meant for workers who lose their job and do not qualify for EI, as well as those who are self-employed and have to stop working because of the measures taken to counter COVID-19. Morneau said this will allow for 14 weeks of support at a "comparable level" to EI.

Employers of small businesses: Trudeau said the government would provide a “temporary wage subsidy” equal to 10 per cent of the salary paid to employees for three months. “This will encourage employers to keep staff on the payroll during these uncertain times,” he said. The payout would be up to $25,000 per employer, effective immediately, said Morneau.

People filing their taxes: Canadians who owe money on their taxes will have until August 2020 to pay. The government has already extended the tax filing deadline to June 1, from the usual April 30.

Parents: The government is temporarily “boosting” the Canada Child Benefit “in the coming months,” Trudeau said, to help families that are dealing with school and child care closures. This will be a "top-up" of $300 per child, said Morneau.

Low-income Canadians: The GST credit, which is sent to low-income Canadians to offset the consumer tax, will be “supplemented” said Trudeau. Qualifying adults will receive “up to $300 with $150 for every child.” Morneau added it would be $600 for couples.

Seniors: Morneau said the government would be “temporarily reducing the minimum withdrawal on Registered Retirement Income Funds by 25 per cent.”

Students: The government is placing a six-month interest-free moratorium on Canada student loans.

People fleeing domestic, gender-based violence: The government is “boosting” funding for shelters. Combined with the extra support for the Reaching Home Program, this is a $200-million investment, said Morneau.

First Nations, Inuit and Métis: Canada will set up an Indigenous Community Support Fund that is distinctions-based.

Export Development Canada (EDC) is providing support to Canadian companies, Trudeau noted, and said “in the coming days” the government will look at further ways to support businesses including through the Canada Account, a federal fund that the Crown corporation administers for transactions the government deems to be in the national interest.

Morneau also reiterated the government is providing $10 billion in credit support through EDC and the Business Development Bank of Canada to help businesses through what's known as the Business Credit Availability Program.

Canada’s banking regulator, the Office of the Superintendent of Financial Institutions, is providing $300 billion in lending capacity, Morneau aded, and the Bank of Canada has cut the overnight rate by 50 basis points.

Goldy Hyder, president and CEO of the Business Council of Canada, said the group welcomed the new measures and said it would help Canadians cope with the economic consequences of COVID-19.

"More aid will almost certainly be needed in the weeks and months ahead, but the plan outlined this morning by Prime Minister Justin Trudeau represents an important first step in providing much-needed financial assistance to individuals, families and employers," said Hyder in a statement.

The Canadian economy is expected to grow by only 0.3 per cent this year, said Pedro Antunes, chief economist at the Conference Board of Canada.

“I think the package will help,” he told National Observer. “It does two things: it does help support households that are going to lose their employment, but most of all I think it provides a fair bit of a boost to confidence, which is sorely needed right now.”

Antunes said the government’s substantial measures will be needed to help offset the “very rough patch” the economy is experiencing, where small businesses are going to get hit particularly hard.

“This is what is important to avoid, and I think thus far a lot of the measures in terms of loosening credit, making credit available to small businesses and large businesses in Canada, and the measures announced today (will) ensure that if there are job losses, layoffs, there are programs in place to support income.”