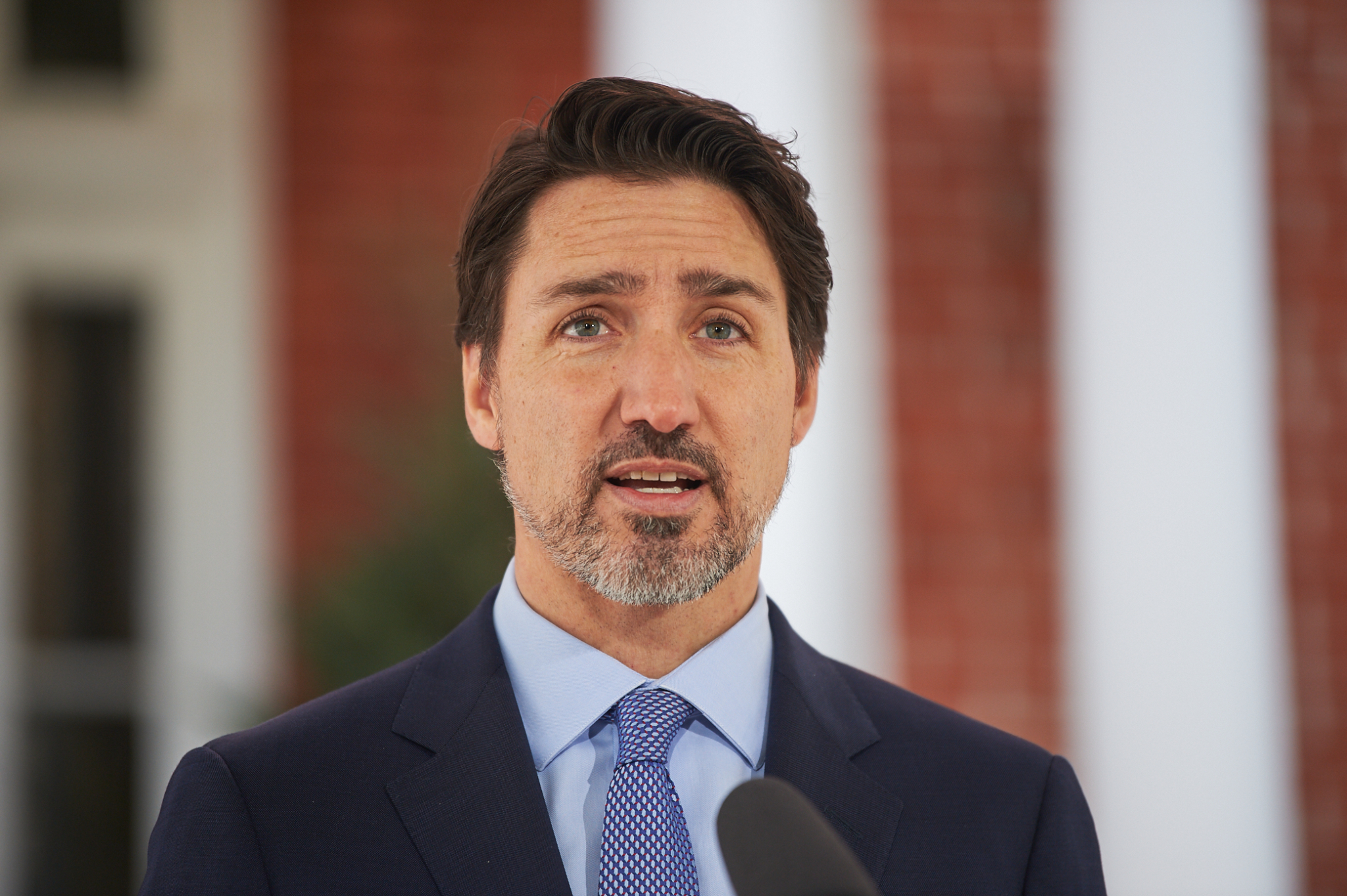 Prime Minister Justin Trudeau speaks to media on March 18, 2020 from Rideau Cottage in Ottawa, where he has been in quarantine. Photo by Kamara Morozuk
Previous story
Next story

Canada is issuing a stark warning to its citizens: stay home as much as possible, avoid crowds and keep away from other people — right now — or face strict new enforcement measures.

Prime Minister Justin Trudeau says he, too, has seen the photos being posted online of Canadians not respecting social distancing, which is vital to slow the spread of the highly infectious coronavirus. There are now 2,000 confirmed cases of COVID-19 in Canada, with many thousands more suspected of already being infected.

Many Canadians are still not heeding the advice of public health professionals to stay away from each other, from joggers and beachgoers in Vancouver, to people lining up for video games in Toronto, to backyard celebrations and sports games in Surrey, B.C.

“We’ve all seen the pictures online of people who seem to think they’re invincible. Well, you’re not. Go home, and stay home,” Trudeau said Monday from Rideau Cottage in Ottawa.

“We’re going to make sure this happens, whether by educating people more on the risks, or by enforcing the rules, if that’s needed.”

Trudeau’s remarks come as calls for a nationwide lockdown continue to grow louder. Dr. Michael Warner, a medical director of a critical care unit in Toronto, told CBC News that Ontario was heading toward an “unmitigated disaster" if more was not done immediately to contain the virus.

A leaked email from an Ontario regional medical officer of health, reported by the Toronto Star, also said the province was moving too slowly to contain the outbreak.

Meanwhile, there continues to be disturbing news about the potency of the coronavirus.

The World Health Organization recently pointed to new research showing the virus can survive in the air in some situations, leading it to consider “airborne precautions” for medical staff. Traces of the virus can be found on surfaces for as many as 17 days after exposure.

Canada is issuing a stark warning to its citizens: stay home as much as possible, avoid crowds and keep away from other people — right now — or face strict new enforcement measures.

Trudeau reiterated Monday that social distancing — keeping physically apart by two metres — is the “single best way to keep the people around you safe.” Canadians are also being asked to avoid groups and stay home as much as they can.

Trudeau said not doing so means not only putting one’s life at risk, but others too: the elderly, people who are immunocompromised, nurses and doctors and workers at essential businesses such as grocery stores.

“Not having heard this message won’t be an excuse,” he said. “Listening is your duty and staying home is your way to serve.”

Trudeau has repeatedly said that nothing is off the table, including the Emergencies Act, the federal government’s unique tool to ensure safety and security during national emergencies.

“If we see that measures aren’t being taken up properly, aren’t being followed, we will look at different measures that could be necessary to enforce these rules,” he said Monday.

The Emergencies Act is "a measure of last resort" that "should be used only when all other tools have been exhausted," warned Deputy Prime Minister Chrystia Freeland in a later media availability.

The Emergencies Act became part of the law in 1988, but it is a special kind of legislation, because its powers are not enacted until the House of Commons and the Senate pass motions declaring that an emergency is taking place.

The government is also required to consult with the provinces before declaring an emergency.

The prime minister is set to speak with Canada’s premiers on Monday evening. Parliament is also being recalled on Tuesday to pass legislation related to COVID-19.

On Monday, Freeland would not say whether parliamentarians will be asked to vote on invoking the Emergencies Act. But she said the conversation with the premiers will determine if they "have the necessary tools in their own provincial and territorial toolboxes."

If the provinces are consulted, and Parliament does approve of an emergency declaration, the federal government will then be afforded wide-ranging powers, according to the text of the Act.

It will be able to do things such as prohibit travel within any specified area, evacuate people, take over property, order people to perform essential duties, regulate the distribution of goods and impose fines or jail time for people who break the rules.

Former interim Conservative Party leader Rona Ambrose, who was on the Trudeau government’s trade advisory council, tweeted Sunday that Canadians were ready for Trudeau to “declare a state of emergency in Canada and tell us to shelter in place, except for essential workers.”

“We will not view it as an assault on our civil liberties, we will see it as assault on COVID-19," she wrote. "We need one message for all of Canada."

This article made the

This article made the emergencies act understandable.

How is it that Coastal Gas

How is it that Coastal Gas Link is allowed to continue construction, and have man camps of 400-500 or more in northern B.C.? When the PM is ordering all citizens to stay home to protect themselves and others, how can he possibly allow continuation of the construction which requires these very large numbers of labourers living in cramped quarters that in no time at all could be serious sources of clusters of the coronavirus! This is reckless behaviour putting labourers, local communities and, when the men return home after their rotations, their families and communities. And of course, the Indigenous communities in Northern BC are also at risk. Is this just an oversight perhaps? Or intended ?

Good to know that Rona

Good to know that Rona Ambrose is happy to surrender her civil liberties.
I happen to know for a fact that not all Canadians will agree.