Ontario a week away from running out of protective medical equipment, unless U.S. shipment comes through 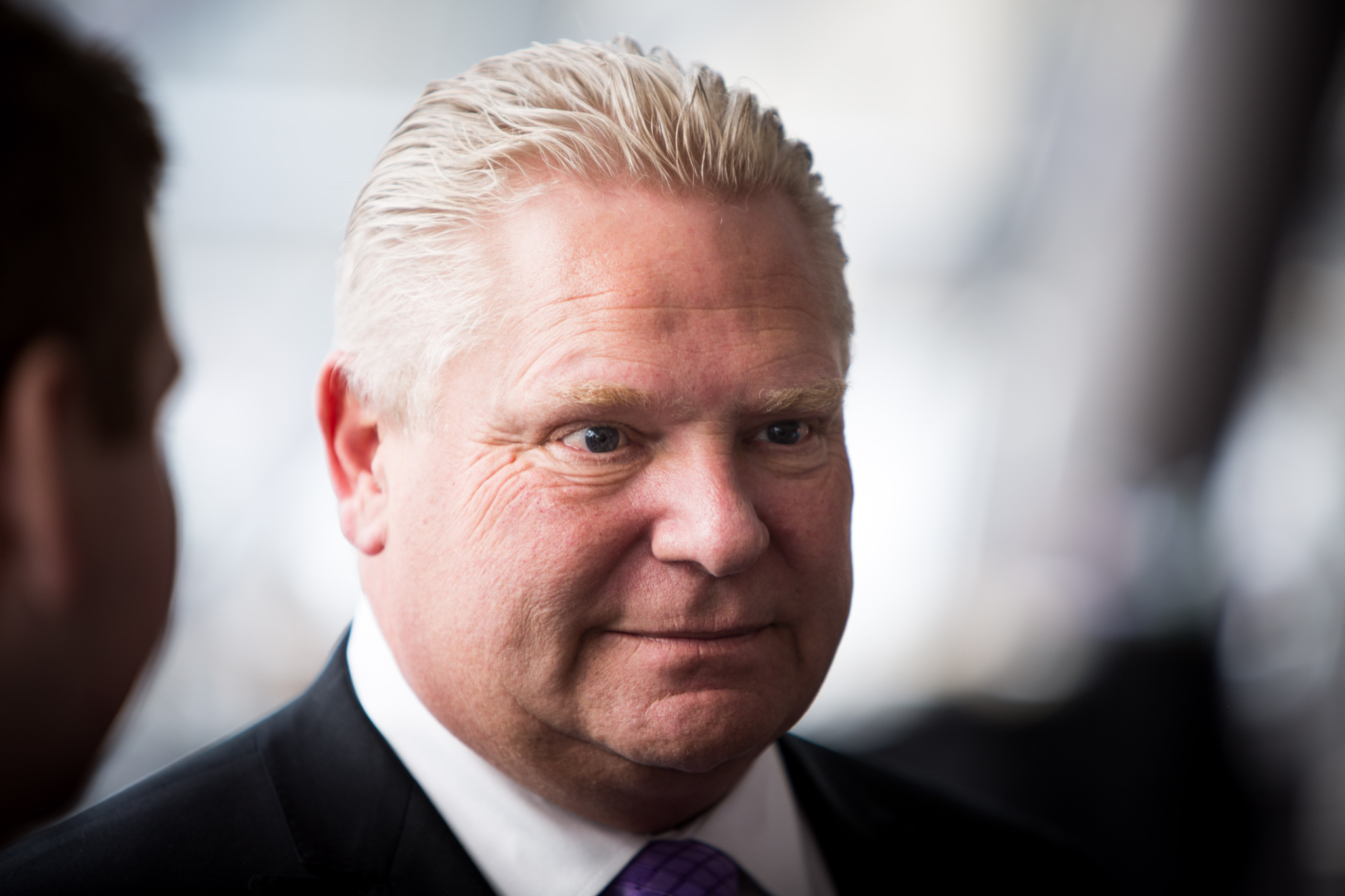 Ontario will run out of personal protective equipment for medical workers on the front-line of COVID-19 in a week if it can’t secure more supplies, Premier Doug Ford said Monday.

But even as officials race to procure more equipment from abroad while upping manufacturing capacity in Ontario, the United States is blocking crucial, planned shipments, Ford said. And meanwhile, roughly one in 10 of Ontario’s COVID-19 cases are medical workers, health officials said Monday.

“This is all that’s on my mind,” the premier said of the looming shortage. “I don’t sleep at night.”

The entire world is scrambling to get its hands on more personal protective equipment (PPE) such as masks, gloves and gowns as the COVID-19 pandemic continues to escalate, Ford said. N95 masks, respirators that can filter out coronavirus particles, are in particularly high demand.

Ontario was counting on a shipment of 3 million N95 masks from manufacturing giant 3M’s South Dakota plant. U.S. officials stopped it over the weekend, Ford said, acting on an order from President Donald Trump to block American companies from exporting PPE.

Ford said the province has ordered 4 million N95s from the U.S. Of those, he said he’s been told 500,000 are now on the way ⁠— enough to extend Ontario's supply one additional week.

In a statement Friday, 3M warned there would be “significant humanitarian implications” if the company were to stop sending the gear to countries that need it, and that other countries could retaliate. And on Monday, Prime Minister Justin Trudeau said he “expects” shipments from the U.S. to arrive as planned, reminding the Trump administration that “essential services and supplies are very much a two-way street.”

“We are interconnected and interlinked in so many ways, from primary resources flowing to American companies to make the equipment that is so desperately needed both in North America and around the world, to actual shipments of products that go from Canada to the United States,” Trudeau said.

After talking with U.S. trade representative Robert Lighthizer and Deputy Prime Minister Chrystia Freeland, Ford said he’s feeling more “optimistic” that the 500,000 masks will arrive, at least. And in the meantime, he said, Ontario is very close to being able to manufacture N95-equivalents within the province.

“This is all that’s on my mind,” Premier Doug Ford said of the looming shortage. “I don’t sleep at night.”

Ontario has 4,347 COVID-19 cases, with 309 new ones reported Monday morning. The novel coronavirus has killed 132 people so far, the province said, and 1,624 have recovered.

Last week, the province projected 1,600 Ontarians could die from COVID-19 by the end of April without stricter physical distancing measures (the modelling fluctuates and is used for government planning, not predicting the future).

Two weeks ago, Ontario Health Minister Christine Elliott denied reports from front-line workers that PPE was in short supply. Days later, Ford said the province was two weeks away from running out.

“I’ve never once downplayed it,” the premier said Monday in response to a question from a reporter about whether he should accept responsibility for the shortage. And Elliott, he said, “answered honestly” when talking about supplies last month.

“This is changing hour by hour, day by day,” Ford said.

Hey, Doug. It's not about you

Hey, Doug. It's not about you. Nobody cares about your sleep. It's offensive you'd even mention it.