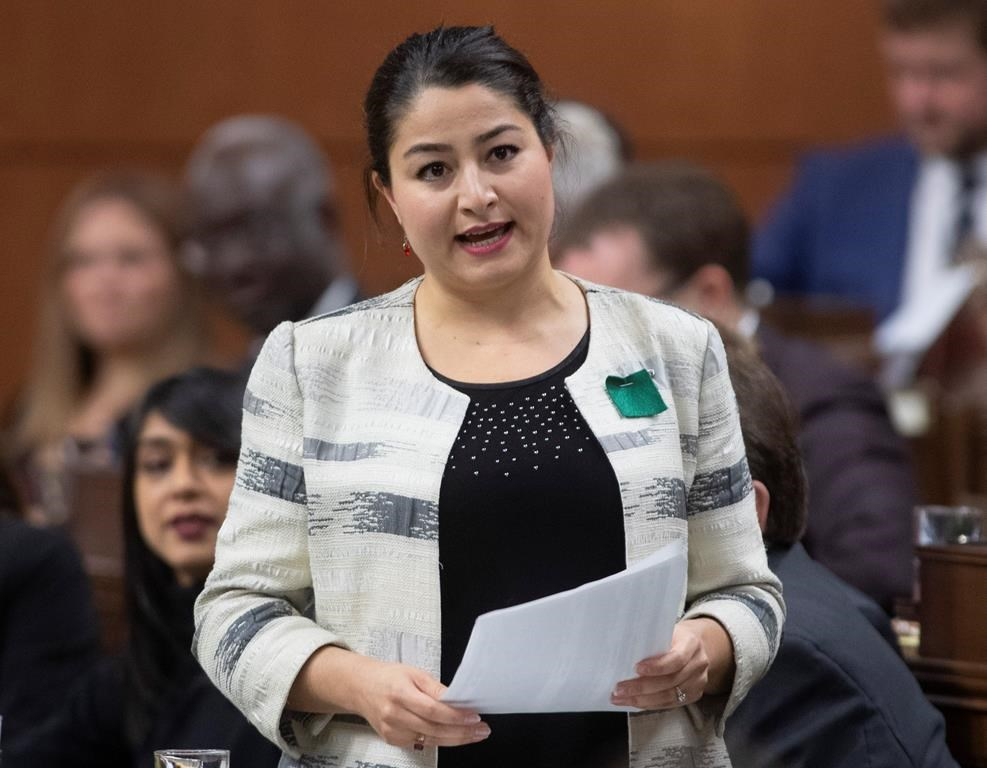 Women and Gender Equality and Rural Economic Development Minister Maryam Monsef responds to a question during Question Period in the House of Commons on Tuesday, January 28, 2020 in Ottawa. File photo by The Canadian Press/Adrian Wyld
Previous story
Next story

As Canada continues to combat the health and economic impacts of COVID-19, women's rights advocates say not enough focus has been placed on the unique and often disproportionate impact the pandemic is having on women.

But a growing chorus of national and international voices focused on gender equality and human rights say more must be done to ensure Canadian women's needs are addressed in the government response to this pandemic.

Last week, Trudeau did announce $40 million for women’s shelters and sexual-assault centres across the country. Another $157.5 million has also been earmarked to ensure homeless shelters remain safe and accessible.

Monsef says this funding came after she voiced concern at the cabinet table about the risks women face in situations of domestic or family violence now that Canadians are being told to stay home.

"This hit home for us when the PM had to self-isolate," she said in a recent interview.

"My team and I got on the phone in that first 48 hours with stakeholders and said, 'What do we do? What's our first step?' And they all said the same thing ... 'Race and gender-based violence is going to increase, so you'd better start ensuring that shelters have capacity, sexual-assault centres have capacity and that different women's organizations have capacity,' " Monsef said.

Monsef said her GBA+ unit, which has been mandated since 2016 to examine all memos to cabinet and Treasury Board submissions, has had its phones ringing off the hook since the federal government began rolling out the biggest emergency aid package in Canada's history.

"I've asked them to restructure our machinery so that we can better respond to the fast pace and the high stakes," she said.

But Katherine Scott, a senior researcher at the Canadian Centre for Policy Alternatives, says aside from the funding announced for women's and sexual-assault shelters, she hasn't seen much evidence the government is applying a gender lens to its COVID-19 efforts.

"It's not evident to us that WAGE (Monsef's Women and Gender Equality Department) is very engaged in this," Scott said.

"This coronavirus is all about women and yet we're still waiting for more, or at least we haven't seen that kind of analysis coming forward yet."

Women are 70 per cent of health and social-service workers worldwide, according to the World Health Organization, which places them at the forefront of the crisis and at greater risk of exposure to the virus.

Women are also disproportionately in low-wage, retail and service jobs. For those in higher-paying jobs, a systemic wage gap continues to exist for women compared to their men who do the same work.

Women are also more often unemployed, under-employed or working only part-time due to caregiving responsibilities, either for children or aging parents.

Looking at these factors and including an intersectional lens — taking into account race, age, socio-economic status — women in Canada will be the most personally and economically impacted by this pandemic in many cases.

This was reflected in data released this week by Statistics Canada, showing women among the most hit by COVID-19 job losses. In the core working ages of 25 to 54, the rate of decline for jobs held by women was more than twice that of men.

Last week, 41 members of the G7 gender equality advisory councils from 2018 and 2019 released a joint letter to governments, urging them to take into account the gendered dimensions of this crisis.

Their calls include: special measures to support health and social workers responding to the crisis; guaranteed access to sexual- and reproductive-health services including abortion and maternal health; free menstrual and contraception products for girls and women and support for victims of domestic violence.

Government messaging is also needed to encourage men to share equally in child care and housework traditionally carried out by women, their letter says.

Existing inequities are further exacerbated by crisis, Scott said, pointing admonishingly to some of the public messaging that has emerged saying, "We're all in this together."

"This is not an equal-opportunity pandemic," she said.

"How we experience it is vastly unequal... when we are looking at this in hindsight, we are going to see some pretty profound social divisions that were pre-existing that are going to be replicated in those data."

Consideration is also needed when it comes to the role of the charitable sector, says Andrea Gunraj, vice president of public engagement with the Canadian Women's Foundation.

Charities and non-profits do a lot of heavy lifting in supporting marginalized women, and they are now hurting from reduced staff and volunteers, funding shortfalls, cancelled fundraisers and increased demands.

Gunraj says she was pleased to see early support for women's shelters and sexual-assault centres, but she hopes a broader GBA+ lens is applied to the government's policy responses to the pandemic.

"Really the test will be how this intersectional and gender-based analysis is applied in the long-term, that it's not just isolated announcements, but that we see it applied really across the board in a really holistic way that goes for the length of the pandemic and beyond."

I heard this point on an

I heard this point on an American podcast last weekend, too.

Still, men are doing over 60% of the dying, more than 3 dead men for every 2 dead women. Even when they control for smoking and underlying diseases, it's a risk factor to just have a Y chromosome.

Canadawide, that will probably involve a thousand more dead guys than dead gals, even with the best outcome.