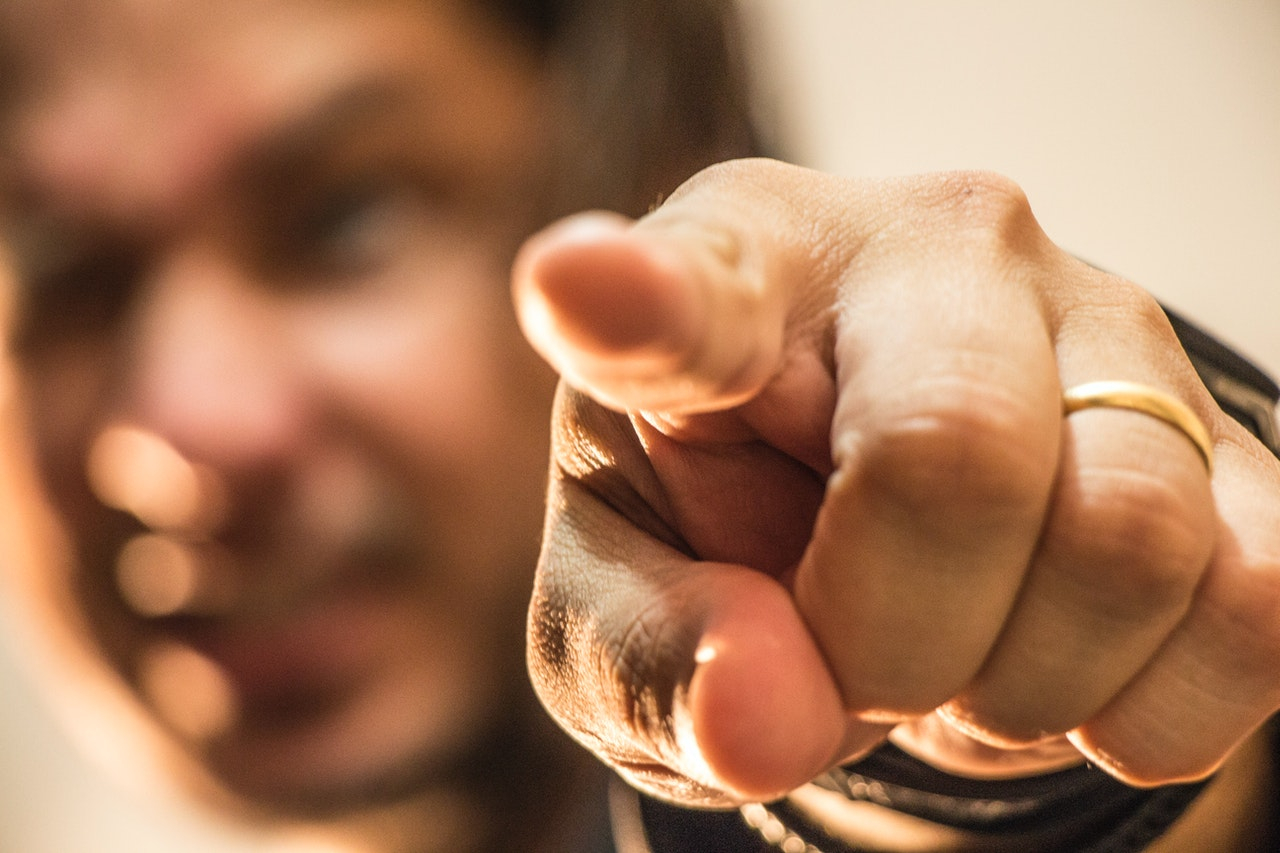 Why are we taking on the role of distancing enforcers when we already have so much to do and so many sources of stress? Photograph from Pexels.com
Previous story
Next story

Citizens turning on each other — as we’re now seeing with social media posts that shame “covidiots” for sitting, standing or walking less than the prescribed two metres from one another.

It’s a story we’ve witnessed before, over and over, and it always ends badly. I wrote about a similar phenomenon in 2011, when the Stanley Cup hockey riots led to a rash of social media posts that identified alleged criminals; within a few weeks, my warnings were borne out by some terrible miscarriages of justice, and a dawning awareness of the human and social costs of citizens reporting citizens via Twitter or Facebook.

For years, I was interviewed whenever some kind of offline riot produced an analogous online mob. Every time, the social media mob that was initially bent on justice soon turned ugly. Over the years, we got smarter about the dangers of using social media to report on other people’s misdeeds, and remembered the reasons we delegate law enforcement to government authority: when citizens turn on one another, it undercuts the bonds of trust on which society depends.

Yet here we are again, making the same mistake, and taking on the job of public-health enforcement via public scolding or social media shaming. We’re pointing fingers and shaking fists, even though it is at best unnecessary and at worst counterproductive when it comes to encouraging public-minded behaviours such as self-isolation and physical distancing: there is plenty of evidence showing rewards are at least as effective as punishment in driving collective action, and some researchers have found shame may actually inhibit prosocial behaviour.

So why are we taking on the role of distancing enforcers when we already have so much to do and so many sources of stress? Perhaps it feels like an intuitive extension of the public-health emphasis on that two-metre distance: when you’re making an enormous personal effort to adhere to distancing guidelines, it can feel incredibly frustrating to see other people who are apparently disregarding them. Letting people know they’re not holding up their end of the bargain — whether that’s by saying something as you walk by, or stopping to reprimand them, or just posting a photo to social media — might almost feel like a civic duty, a way of reinforcing the new social contract.

But the sad reality is this social contract is not one-size-fits-all. It is a lot easier to self-isolate when you can afford to buy two weeks’ worth of groceries at a time (and have the fridge and freezer space to store them); when you live in a 2,000-square-foot home (rather than a 400-square-foot apartment); when you are living with people you love and who treat you respectfully (rather than with a partner or family member who struggles with addiction or is physically abusive); and, perhaps most of all, when you have a secure source of income you can earn without leaving the house. If you have all those privileges, it is absolutely your duty to excel in the competition of who is the most religious about physical distancing, so you ensure you and your family don’t become an unnecessary vector of disease transmission or a drain on the health-care system.

Unfortunately, a great many people don’t have those privileges — and you can’t necessarily recognize who does or doesn’t just by looking at them.

That woman standing too close to her friend? She might be a grocery-store clerk who has spent all day having strangers breathe in her face, before heading home to a tiny apartment and an alcoholic, abusive husband. The conversation you’re seeing may feel like a small additional risk after the dozens of people she’s stood next to all day, and it may be the conversation that’s helping her figure out how to leave her husband.

The cluster of teens sitting too close together at the park? Maybe they’re foster children from a group home where staff have largely stopped showing up, thanks to COVID-19. Maybe many of them experienced profound trauma before this crisis started, and now they’re experiencing the additional trauma of abandonment and lack of support in the middle of the public-health crisis. Getting outside for some fresh air and exercise may be the healthiest thing they could be doing.

It is a lot easier to self-isolate when you can afford to buy two weeks’ worth of groceries at a time; when you live in a 2,000-square-foot home; when you have a secure source of income you can earn without leaving the house.

How about the elderly people sitting down together on a park bench in animated conversation? It might make you worry for their safety, but what is their safety like if they are each locked up and isolated for months at a time? We know that kind of isolation is all too common during ordinary times, and carries very real health risks. Older people might not be able to carry on a conversation if they’re a full two metres apart, but sitting at opposite ends of a park bench outside is far, far safer than meeting up indoors, and quite possibly the outlet that keeps them from “cheating” with indoor visits.

Maybe those all sound like long-shot scenarios to you; maybe the people you’re judging are people you know personally; maybe they’re people you know so well you feel 100 per cent confident in your ability to judge their trade-offs between COVID-19 prevention, personal health and mental health, including the mental-health challenges that have arisen or resurfaced due to COVID-19. Maybe, at this moment of profound uncertainty and fear, you need to do something that makes the world feel just a little less uncertain, a little more predictable, a little more under your personal control.

Or maybe you are just trying to do your part by making sure they are doing their part: after all, to slow the spread of COVID-19, we need everyone to put in their very best effort at all times, because we’re all in this together.

That’s the part that really matters here: the idea that we’re all in this together. It’s a principle that matters not only to the mechanics of slowing transmission via physical distancing and social isolation, but also to all the other consequences of this pandemic.

We’re all in this together because we suddenly realize we depend on the farmer and the paper-mill worker and the grocery-store clerk for fundamentals like food and toilet paper, which have never felt more precious, even for privileged people who’ve never had to worry about putting food on the table. We’re all in this together because if the economic consequences of COVID-19 lead to widespread joblessness with no social safety net, the consequences for physical health, mental health, homelessness, addiction and the long-run outcomes for children are going to be so profound, nobody will be untouched.

We’re all in this together because the only way to prepare for and cope with all of these challenges — and many more we’re only beginning to see — is to show up for one another, for both strangers and friends, in a way unprecedented in our lifetimes.

Publicly shaming our fellow citizens undercuts that logic. It doesn’t matter whether you’re muttering under your breath when you pass a group of friends sitting too close together, stepping forward to reprimand a couple of strangers less than two metres apart, or posting photos or videos of people “caught” in proximity: any and all of that undermines the social bonds that are far more essential to our survival than whether two or three people are sitting too close while they’re outside. Time and again, we’ve seen that when citizens turn on one another, it tears our societies apart — just when we need each other the most.

What can you do instead, if you are worried your friends and neighbours aren’t doing their best? I have a few ideas:

First, you can try even harder yourself. I know, I know, it doesn’t feel fair: why should you cut back your walks or grocery runs when other people are going on, apparently, as usual? Well, if you can do a little extra distancing, it can help make up for folks who are doing a little less. You’ll make the shops and sidewalks a little less crowded for the people who can’t avoid them, and if that grocery worker or abused wife gets sick because they can’t stay home all the time, you’ve left an ICU bed open for them.

Second, you can model your good behaviour. Talk about how hard it’s been to enact social distancing — and the way you’ve managed to make it sustainable for yourself and your family, both logistically and emotionally. Use distancing tools that signal to other people how you’re being careful about distance (I’ve used a two-metre length of yarn while walking with a friend, and have just acquired a more practical — and more visible — telescoping flagpole). Instead of posting to social media about how other people aren’t doing a good job, post about what you’re doing yourself, so your strategies and determination can help inspire others.

Last but not least, share your enthusiasm for people who are modelling good behaviour, too. Instead of shouting at people who are sitting too close, shout at people who you can see are making an effort. When I go for a walk by the beach, as I do almost every day, I now shout my approval at two or three different groups in the course of my walk. “Nice effort over there!” I bellowed yesterday at four friends sitting on carefully spaced blankets. They waved in gratitude and appreciation, and I got the warm, fuzzy feeling of a happy point of connection with a random stranger.

These acts of spontaneous appreciation are worth far more than uninvited judgment and shaming, and they’re effective at more than just encouraging careful physical distancing. Every time we cross that barrier of conversation with a stranger, and every time we transcend our cultural inhibitions about connecting with people we don’t know, we are laying down tracks for a new kind of society — the society I want to live in when this crisis ends.