Ontario has a COVID-19 reopening plan, but it comes with big caveats 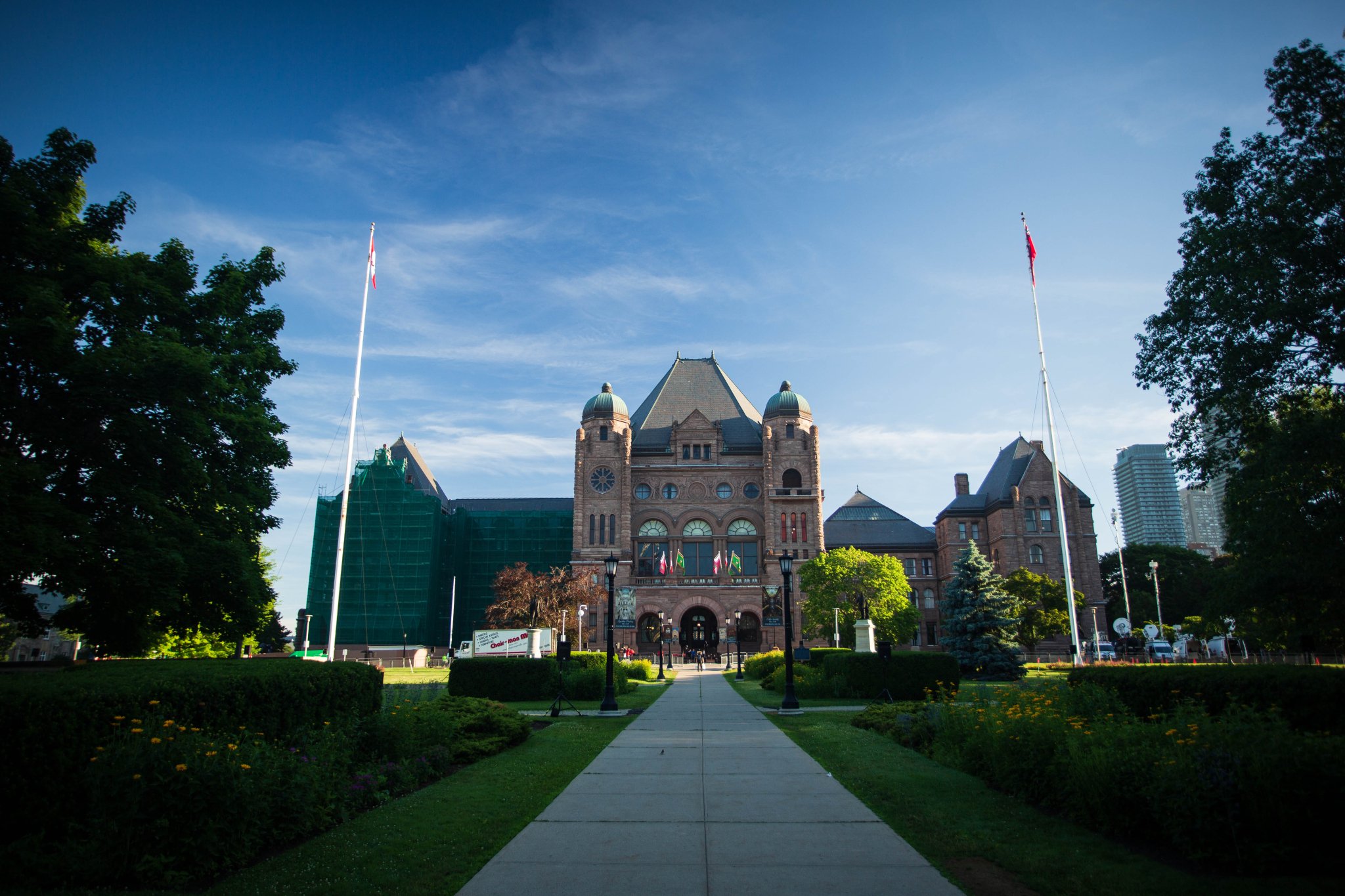 When Ontario eventually eases restrictions meant to stop the spread of COVID-19, it will happen slowly.

Some workplaces may be allowed to reopen, according to a plan released by the provincial government Monday. Some parks may start allowing visitors. Hospitals may begin doing some elective surgeries again.

But the government is also preparing residents for the idea that this may not happen anytime soon. Unlike Saskatchewan's reopening plan, Ontario's comes with no lists, even tentative ones, of what will be reopened and when.

"It’s a roadmap. It’s not a calendar," said Premier Doug Ford, who also declined to say exactly which types of businesses will be allowed to open as restrictions ease.

"I won’t set hard dates until we’re ready because the virus travels at its own speed."

Ford publicly mused last week about beginning to relax COVID-19 measures over the Victoria Day long weekend in May. But the reopening plan released Monday says public health measures can't begin to ease until COVID-19 case numbers decline for at least two to four weeks. Numbers of patients hospitalized, and the number of cases that cannot be traced to a source must also continue to go down, the plan says.

Although the novel coronavirus appears to be peaking in Ontario, Ford said, it's unclear how long that peak will last. And the virus hasn't begun to decline yet, with the province reporting 424 new cases Monday.

"We have a ways to go," Chief Medical Officer of Health Dr. David Williams said, noting that outbreaks are still a serious issue in long-term care homes, homeless shelters and other facilities that serve vulnerable people.

This process will likely not be linear, the province's plan says. Restrictions could return at any time if COVID-19 begins surging again. And the way Ontarians are living now — staying home, not visiting friends and family, staying two metres apart from people outside their households — must continue, and it is unclear when that will change.

"As public health measures are lifted and economic activity resumes, the public will need to continue to maintain physical distancing and hand-washing, along with self-isolation when experiencing COVID-19 symptoms," reads the plan. "Remote work options should also continue where feasible."

"It’s a roadmap. It’s not a calendar," said Premier Doug Ford."I won’t set hard dates until we’re ready because the virus travels at its own speed." #onpoli #COVID19ON

The plan also cautions that a return to normal life is not necessarily on the table, at least for now. Though restaurants, bars and retail stores may be allowed to come back during the second stage of the process, Ontario is facing a summer without large public events like concerts and sports events, which will be "restricted for the foreseeable future," the document reads.

Ford warned that even when sports do eventually return — a possibility he said the province is talking about with franchises — stadiums will likely remain empty for quite a while. He also wouldn't say whether patios would be able to open with proper physical distancing measures.

Overall, the premier said, the goal is to get back to "as normal as possible" until there is a COVID-19 vaccine, a milestone that is likely still far away. But long-term, he said, some things may not be the same as they were.

“I don’t think it will ever go back to where it was before," he said. "Our lives have changed. We’re doing things differently.”

The three stages of reopening

The province's plan is broken down into three stages. Each stage will last at least two to four weeks, and at every step, the province may add restrictions back in or maintain the status quo for a bit longer before moving to the next phase, the planning document says. Officials will evaluate case numbers, numbers of people in hospital, how effectively local officials are able to trace the sources of new infections, testing levels and the availability of ventilators and key protective equipment for frontline workers.

The plan says the government will be consulting with businesses, social service providers, Indigenous communities and post-secondary schools in the coming days. The province will also give a set of guidelines to businesses that are allowed to reopen, and step up workplace inspections.

The document doesn't shed any light on when schools could reopen, however. "As with all other measures, the government will proceed slowly and in phases, based on the best advice from the chief medical officer of health," it reads.

Ontario's reopening plan appears to closely follow guidelines for reopening issued by the World Health Organization (WHO). A decline in cases, enhanced testing, increased tracing of the close contacts of infected people and cautionary measures in settings with vulnerable people are on the list. (Other measures that are outside of provincial jurisdiction, such as border control, are also included.)

But it's difficult to see Ontario beginning the process of reopening unless it significantly steps up its COVID-19 testing regime, Timothy Sly, an epidemiologist and professor emeritus at Ryerson University, told National Observer last week.

Part of the problem is that a significant number of people with COVID-19 appear to show no symptoms, which makes it hard to know how many people are truly infected, he said. And even though Ontario has managed to work up to processing 12,550 tests per day as of Monday, it has repeatedly battled testing backlogs and missed its own goals to increase the number of people tested.

Though it's impossible to test everyone, one global best practice is to check a representative sample of people to get a good idea of where possible outbreaks could be, Sly said. Temperature checks and tests could also be implemented at high-traffic locations such as grocery stores.

Sly also said the province needs to start testing to find out who may have antibodies to COVID-19 in their blood. Some people who had COVID-19, including those who were asymptomatic, may have the antibodies, but it's not yet known if that means those people can't get infected again.

Sly said it's also important that people understand COVID-19 will not have gone away, even if new case numbers begin declining. Right now, the virus is being artificially blocked from spreading, but many people are still vulnerable and could fall ill if restrictions are lifted. That's why Ontarians shouldn't expect to have "group hugs and spring barbecues" any time soon, even as some restrictions are slowly peeled back, Sly added.

“The pure epidemiology robot response is that we shouldn’t come out of lockdown at all" until there's a vaccine, Sly said. "But you put on your human hat and you say we can’t stay in lockdown forever... The cases will start to rise again. Hopefully they won’t rise that quickly, but they will rise again."

This story was updated at 3:16 p.m. to include comments from Ontario Premier Doug Ford and at 5:48 p.m. to include more information on global best practices for reopening.

CONSTITUTION ACT, 1982, PART VII
52. (1) The Constitution of Canada is the supreme law of Canada, and any law that is inconsistent with the provisions of the Constitution is, to the extent of the inconsistency, of no force or effect.

CONSTITUTION ACT, 1982, PART I
CANADIAN CHARTER OF RIGHTS AND FREEDOMS
Whereas Canada is founded upon principles that recognize the supremacy of God and the rule of law:
1. The Canadian Charter of Rights and Freedoms guarantees the rights and freedoms set out in it subject only to such reasonable limits prescribed by law as can be demonstrably justified in a free and democratic society.
2. Everyone has the following fundamental freedoms:
(a) freedom of conscience and religion;
(b) freedom of thought, belief, opinion and expression, including freedom of the press and other media of communication;
(c) freedom of peaceful assembly; and
(d) freedom of association.

6. (2) Every citizen of Canada, and every person who has the status of a permanent resident of Canada has the right
(a) to move to and take up residence in any province; and
(b) to pursue the gaining of a livelihood in any province.

The Notwithstanding Clause (33(1)) has not been invoked.

Are we willing to sacrifice all of this because of a malady with mortality comparable to the flu?

P.S. Lawyers and 5th Estate, why do I have to do your job for you? I'm an auto mechanic FFS.