A look at provinces plans to emerge from COVID-19 shutdown 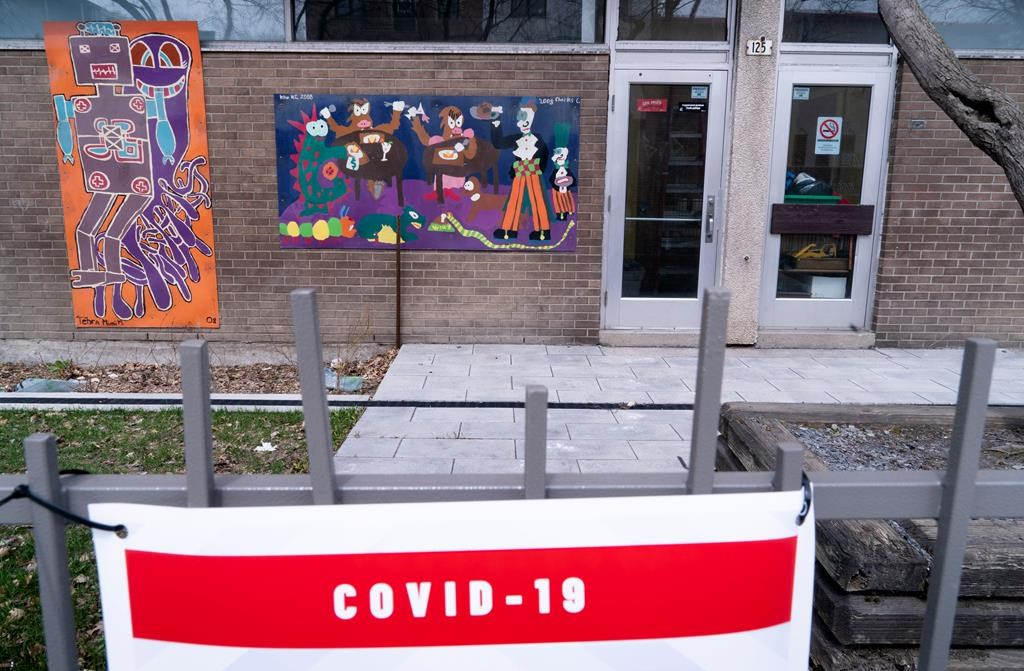 A closed school is seen in Montreal, on Monday, April 27, 2020. Photo by The Canadian Press/Paul Chiasson
Previous story
Next story

Provinces have begun to release plans for easing restrictions that were put in place to limit the spread of COVID-19.

Here is what some of the provinces have announced so far:

The Renew P.E.I. Together plan calls for the restart of priority non-urgent health-care services on May 1, including certain elective surgeries and select health-service providers, including physiotherapists, optometrists and chiropractors. Also to begin May 1 are outdoor gatherings and non-contact outdoor recreational activities of no more than five individuals from different households. Screening is to continue at points of entry and all people coming into P.E.I. will be required to isolate for 14 days.

Premier Blaine Higgs put the first phase of his four-phase reopening plan into action April 24. It allows limited play on golf courses as well as fishing and hunting. Two families are allowed to interact as part of a so-called "two-family bubble." Post-secondary students can return if it's deemed safe by the school, and outdoor church services can be held, if people remain in their vehicles and are two metres apart. The second phase, which could begin within two to four weeks would see resumption of elective surgeries, and reopening of daycares, offices, restaurants, ATV trails and seasonal campgrounds. The third phase would allow regular church services, dentistry work and reopened fitness centres. The final phase, which would probably come only after a vaccine is available, would include large gatherings.

Premier Francois Legault has set May 11 as reopening day for schools and daycares outside greater Montreal. The city is to follow suit on May 19. Legault says attendance won't be mandatory. High schools, junior colleges and universities are to remain closed until September. Quebec aims to open retail stores outside Montreal by May 4 while those in the greater Montreal region are to reopen May 11. The construction industry is to completely start up May 11, while manufacturing companies are to resume operations the same day with initial limits on the total number of employees who can work per shift.

Premier Doug Ford released a three-step plan on April 27, but did not include a timeline. Stage 1 could include opening select workplaces that could modify operations such as providing curbside pickup or delivery, opening parks, allowing for more people at certain events such as funerals, and having hospitals resume some non-urgent surgeries. Stage 2 could include opening more businesses, opening more outdoor spaces, and allowing some larger public gatherings. Stage 3 would include having all workplaces open and further relaxing rules on public gatherings — though large ones such as sporting events and concerts would still be restricted.

The Saskatchewan government released on April 23 a five-phase plan to reopen parts of its economy. Lifting of some measures could start May 4, with dentists, optometrists and other health professionals allowed to resume services. Phase 1 also includes reopened golf courses and campgrounds. Phase 2 would give the green light to retail businesses and salons. Restaurants and gyms could open in Phase 3 but with limited capacity. Phase 4 could see arenas, swimming pools and playgrounds opening. In Phase 5 the province would consider lifting restrictions on the size of public gatherings.

The Manitoba government says it will release its plan to loosen restrictions soon. Chief public health officer, Dr. Brent Roussin, says some non-essential businesses might be allowed to reopen and a 10-person limit on public gatherings might be raised in the near future. Churches and dine-in restaurants might be able to restart at some point.

Premier Jason Kenney outlined preliminary details of the province's relaunch strategy on April 7. It includes doing as many as 20,000 COVID-19 tests a day, more precise tracing of close contacts of those who are infected, stronger quarantining of international arrivals, using smartphone apps to enforce quarantine orders and wearing masks.

Ontario has a reopening plan, but unclear when it will begin