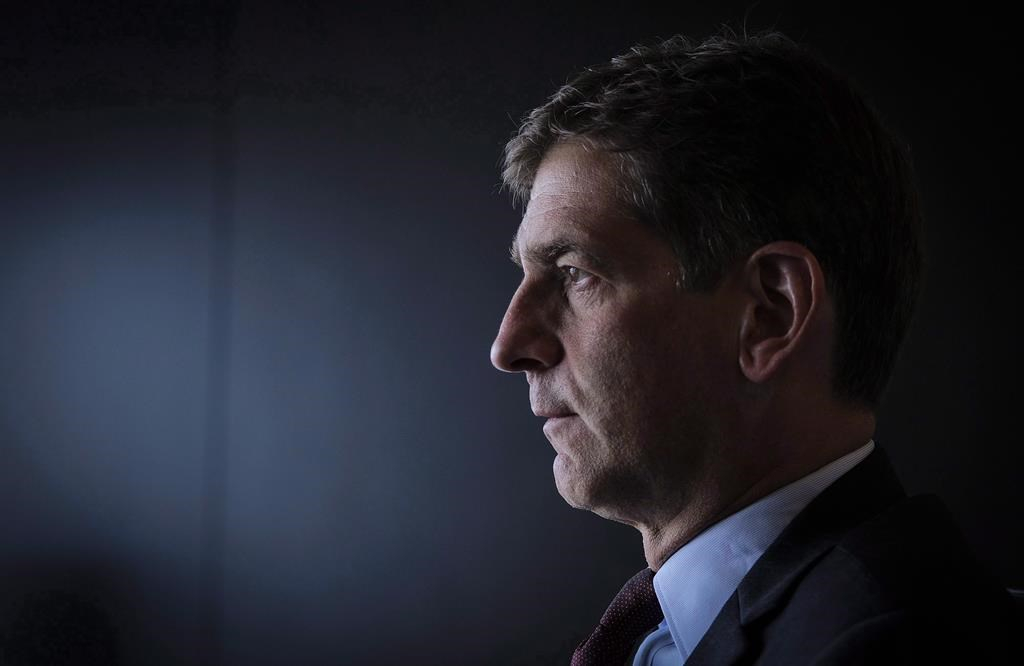 Anthony Marino, CEO of Vermilion Energy, listens to a question during an interview at the company's offices in Calgary, Alta., on Monday, Sept. 18, 2017. File photo by The Canadian Press/Jeff McIntosh
Previous story

A $1.2-billion writedown in the value of its oil and gas assets around the world due to low global commodity prices resulted in a first-quarter net loss of $1.3 billion or $8.42 per share for Vermilion Energy Inc., the energy producer announced Tuesday.

The Calgary-based company, which operates in Canada, Australia, Ireland, the United States, Netherlands, Germany and France, cut its dividend in half in March and suspended it entirely in mid-April to cope with lower prices, saving about $420 million on an annual basis.

It also trimmed $100 million from its 2020 capital spending budget and announced $35 million in other cuts to expenses.

"Certainly, (there has been) a dramatic impact on the global economy particularly felt in commodities and most of all, I would say, in the oil industry and as a result, it called for a number of changes to our plans," said CEO Tony Marino at Vermilion's virtual annual meeting of shareholders on Tuesday.

Global oil prices have fallen dramatically over the past two months due to demand destruction from measures to fight the COVID-19 pandemic, as well as lingering effects of a market share battle between Russia and Saudi Arabia.

Vermilion's loss compares with a net gain of $39.5 million or 26 cents per share in the first quarter of 2019.

Analysts had expected a net loss of about $43 million or 14 cents, according to financial markets data firm Refinitiv.

Vermilion reported production of about 97,150 barrels of oil equivalent in the first three months of 2020, down from 103,400 boe/d in the year-earlier period.

About 75 per cent of the impairment charge was related to Vermilion's Canadian operations, which accounted for about 59,500 boe/d of its first quarter production.

The company said it has had no direct production impacts from pandemic measures other than in its French operations where third-party services have been slowed by government confinement measures.

Lower commodity prices were blamed for a drop in funds flow from operations to $170 million in the quarter ended March 31 from $254 million in the same period of 2019.

Vermilion's shares closed up 51 cents or 9.75 per cent to $5.74 in Tuesday trading on the Toronto Stock Exchange.

Companies in this story: (TSX:VET)