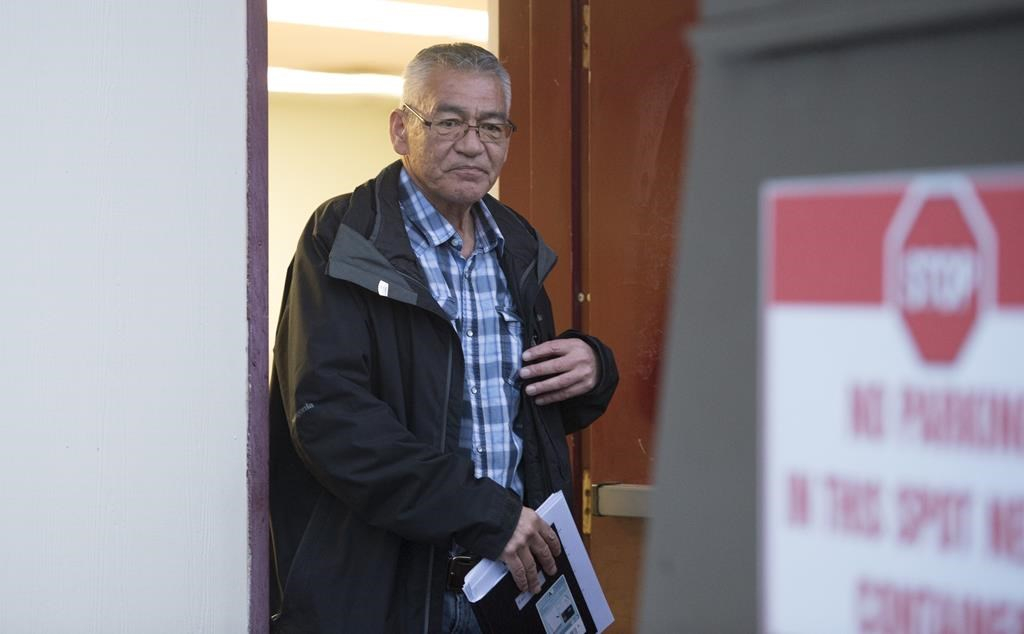 Hereditary chiefs who oppose a natural gas pipeline in northern British Columbia say they will sign an agreement with the federal and provincial governments that affirms their title and rights.

At the centre of the dispute is Wet'suwet'en opposition to the construction of the Coastal GasLink pipeline through their territory, which set off demonstrations and blockades that shut down large parts of the national economy in February.

A joint statement from the governments and Wet'suwet'en chiefs released Thursday says they remain committed to implementing the rights and title of the First Nation through the memorandum of understanding.

No details of the memorandum, which was agreed to in February, have been released.

The statement says there's a lot of work ahead in the negotiation process, including how the three governments will work together.

"We look forward to advancing this important work to implement Wet'suwet'en rights and title as three equal governments," the statement says.

"As negotiations proceed on the affirmation and implementation of Wet'suwet'en rights and title, we will move forward with transparency and openness, and will be further engaging with Wet'suwet'en house groups, neighbouring nations, local governments, stakeholders and the public."

Although details have not been made public, the memorandum has been framed as addressing broader land claims rather than an agreement over the pipeline. It was reached after days of discussions in Smithers and work on the pipeline resumed after it was announced.

Protests across the country disrupted passenger and freight train service for more than three weeks.

Coastal GasLink is building a 670-kilometre pipeline from northeastern B.C. to an LNG Canada export terminal in Kitimat, but the hereditary house chiefs of the Wet'suwet'en say it has no authority without their consent.

Wet'suwet'en agree to deal with government over rights and title

The dispute also involves other unsettled land rights and title issues, including who has the right to negotiate with governments and corporations, the fact that the land is not covered by a treaty and remains unceded, and a 1997 court case that recognized the hereditary chiefs' authority and the exclusive right of the Wet'suwet'en peoples to the land but did not specify the boundaries.

The pipeline first generated widespread national protests in January 2019 when the RCMP enforced an injunction obtained by the company to dismantle obstacles on a remote logging road in northern B.C.

Larger protests were held across the country this February after the RCMP enforced a second injunction.

This seems to me to be

This seems to me to be dangerous territory: what does "equal" mean? Does it mean the band council and government get to vote 2-1 against the territorial process, on unceded land?
Unless "rights and title" is stated exactly to mean what "unceded lands" mean, this could be the little slip from the grill into the fire. The way "right and title" is used for landowners doesn't supercede eminent domain ... the idea that the government can force anything on your land that it wants to, and take whatever portion it wishes away, at whatever price it considers fair (called "expropriation").
If you don't have veto power, there is nothing compelling about "consent." Free, informed, uncoerced, not-paid-for, etc. notwithstanding.
It sounds like more smoke and mirrors for mainstream press and those who stand with the First Nations in their ongoing battles. Ever notice how they keep on winning in Court and still nothing changes for them?

Given the unfortunate history

Given the unfortunate history in Canada of quashing Indigenous rights and culture at nearly every level, equality is the least appropriate term to use. The scales have been tipped against Aboriginals for 153 years so far. Obtaining equality would surely be a milestone. The continuous presence of Indigenous people on this land for 14,000 years (actual carbon dating evidence) and the fact their title and rights to that land were never given up, will be one of the most important factors in defining what equality truly is under the law.

This agreement is a process to establish the framework of rights and title in 21st Century legal terms. It will provide certainty. Whether the Wet'suwet'en agree or disagree to a pipeline is immaterial until the framework for making decisions is in place. The wisest advice to give is that all parties should prepare for all potential decisions.