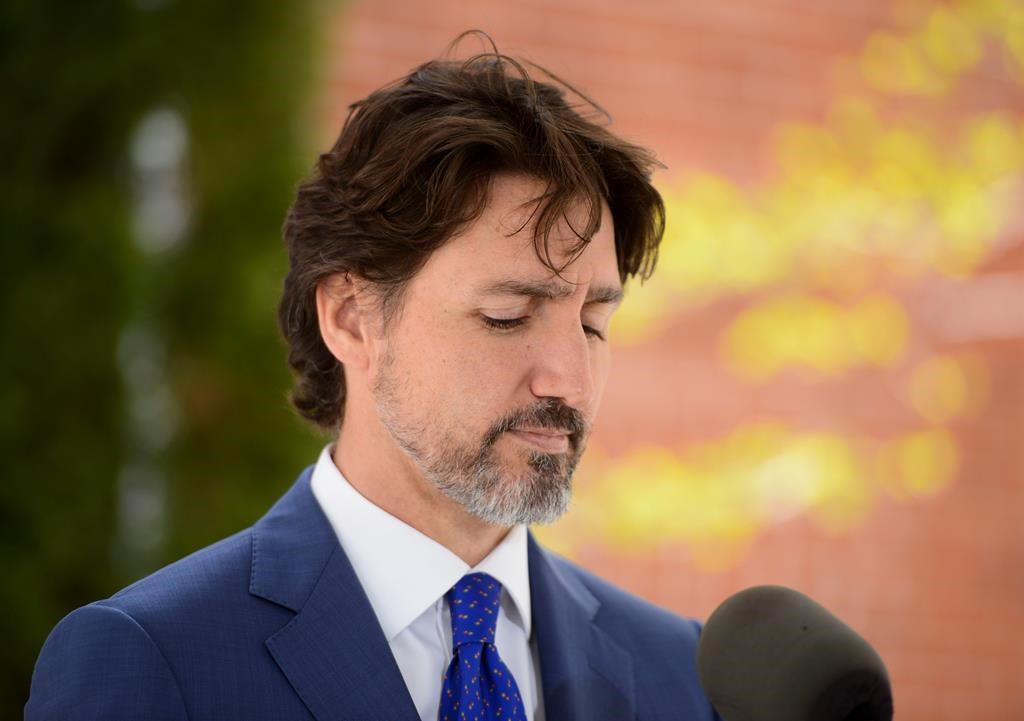 Prime Minister Justin Trudeau holds a press conference at Rideau Cottage during the COVID-19 pandemic in Ottawa on Thursday, May 7, 2020. Photo by The Canadian Press/Sean Kilpatrick
Previous story
Next story

The adequacy of federal emergency benefits to help Canadians weather the COVID-19 crisis is bound to come under scrutiny today as the country gets the first real glimpse of the economic devastation wrought by the pandemic.

Statistics Canada is to release the jobless numbers for April — the first full month in which the economy was virtually shut down while all but essential workers stayed home to prevent the spread of the deadly virus that causes COVID-19.

One million were thrown out of work in March — a record-breaking jobs loss that saw the unemployment rate shoot up 2.2 points to 7.8 per cent — and that was before the full force of the pandemic was felt in Canada.

Non-essential businesses only began to shut down in mid-March and are only now taking the tentative, first steps towards re-opening.

The Trudeau government has shovelled some $150 billion into benefits to help cushion the blow, including the Canada Emergency Response Benefit, a 75 per cent wage subsidy, commercial rent relief and a host of targeted measures to help particularly hard hit individuals and sectors, including students, farmers, artists and front-line essential workers.

Prime Minister Justin Trudeau is expected to use today's daily briefing on the pandemic responding to the calamitous jobless numbers and highlight all the ways the federal government has tried to help.

But the numbers are sure to provide fodder to opposition parties and other critics who've long contended that the various emergency aid programs fall short of what's needed and have left some Canadians and businesses out in the cold.

The government has been trying to fill in the gaps with multiple adjustments to the eligibility criteria for the benefits and additional, targeted measures. Trudeau has promised more to financial support to come.

On Wednesday, Treasury Board President Jean-Yves Duclos did not rule out extending the $35-billion Canada Emergency Response Benefit beyond the initial four-months duration. He said 7.5 million Canadians have so far received financial support from the program, which provides $2,000 a month for up to four months for those who've lost their jobs due to the pandemic.

However, the Canadian Centre for Policy Alternatives has estimated that some 1.4 million unemployed Canadians are not receiving the benefit — either because they haven't worked sufficient hours or earned sufficient income to qualify.

Duclos can expect to be grilled on that when he testifies later today before the House of Commons government operations committee.

Critics have also said owner-operators of small businesses, who pay themselves and family members out of dividends, can't access the wage subsidy.

And many small- and medium-sized businesses have complained they've been unable to access interest-free loan programs.

This report by The Canadian Press was first published May 8, 2020.