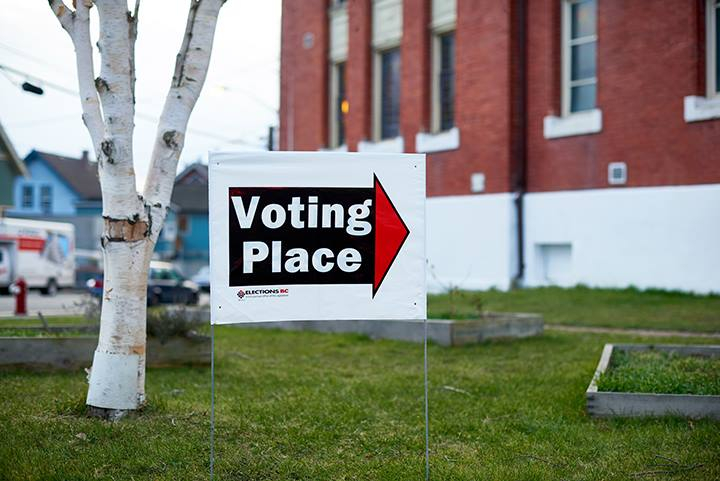 The B.C. special prosecutor who reviewed police data surrounding the province’s political donor controversy says he stands behind his conclusion that there was not enough evidence for charges, after an ethics advocacy group called on him to reverse course.

David Butcher’s statement May 11 that there was “no prospect of any conviction” stemming from an RCMP investigation into political donations in the province, was based on a “thorough review of the evidence collected by the police," an official from the BC Prosecution Service told National Observer Tuesday on behalf of the prosecutor.

Democracy Watch had called on Butcher to reverse his decision, arguing he had “exaggerated” the RCMP's own conclusions about its investigation into the torrent of political donations, under what was then one of the loosest regimes in Canada, portrayed at the time as a "wild west” culture.

“The message Mr. Butcher’s decision not to prosecute sends is that you can break the law in B.C. and get away with it, if you are part of the province’s political and legal elite,” reads a statement from the advocacy group.

Butcher, however, “stands behind his determination in this case” and “will not be reversing his opinion on the sufficiency of the evidence in this case,” confirmed BC Prosecution Service communications counsel Dan McLaughlin.

“As the matter is now concluded neither he, nor the BC Prosecution Service, will have any further comment,” McLaughlin added.

Butcher was appointed as special prosecutor on March 29, 2017, in order to provide legal advice to the RCMP related to its probe of potential contraventions of the BC Election Act.

The @BCProsecution special prosecutor who reviewed police data surrounding the province’s political donor controversy says he stands behind his decision to end the matter, after @DemocracyWatchr called on him to reverse course:

He was also expected to carry out an independent assessment of any report to Crown counsel recommending charges, if the Mounties said there were grounds to believe a crime had been committed.

The RCMP never submitted any report for consideration of charges, Butcher said.

Instead, it gave him a “concluding report” in August 2019 that the special prosecutor quoted from in his Monday statement.

According to Butcher, the Mounties had told him in that report that there was “no substantial likelihood of conviction for any of the violations of the Election Act that were examined.”

“Where violations have occurred,” the RCMP added in its report, the police had determined it was “not in the public interest to pursue a prosecution, as the cost of doing so would be disproportionate to the value of the donations under investigation.”

Butcher noted in his statement that the approval for charges to be laid requires Crown counsel be “satisfied that there is a substantial likelihood of conviction and that it is in the public interest to proceed with prosecution.”

He said he had determined that “the conclusion of the police is correct,” that there was “insufficient evidence available” to meet the standard for pursuing charges in the case.

But Democracy Watch said a decision from a cost-benefit perspective not to pursue prosecutions, and a lack of any “substantial likelihood” of conviction, should not have been portrayed by Butcher as there being “no prospect” of conviction entirely.

“Mr. Butcher exaggerates what the RCMP reported to say,” asserted the group.

“Many people are prosecuted in Canada without full, clear evidence, including many who have stolen less than the cost of prosecuting them. They are prosecuted in part to send the message to the public that you can’t break the law and get away with it.”

During its investigation, the RCMP examined lobbyists and corporations named in media reports, but discovered that “evidence of criminality was difficult to gather,” according to Butcher's summary, because of flaws in regulatory accounting.

Many of the lobbyists had “quickly filed corrections with Elections BC,” the RCMP indicated, and employees who police interviewed “expressed a lack of knowledge” of the rules and “explained, reasonably, that the breaches of the Act were inadvertent.”

The NDP government of Premier John Horgan passed campaign finance reform legislation that came into force Nov. 30, 2017. The changes limited who can make donations, created penalties and capped contributions at around $1,200 per year, adjusted by inflation.

"Until late 2017," Butcher acknowledged, "B.C. had some of the least restrictive rules in the western world."

So, first he supervises the

So, first he supervises the RCMP investigation; which produces a report based on his recommendations to the RCMP; on which he then rules, making a decision to not proceed. In what reality is that not a description of a fixed game? I have generally liked what the NDP have done so far, but this file stinks and should be revisited.