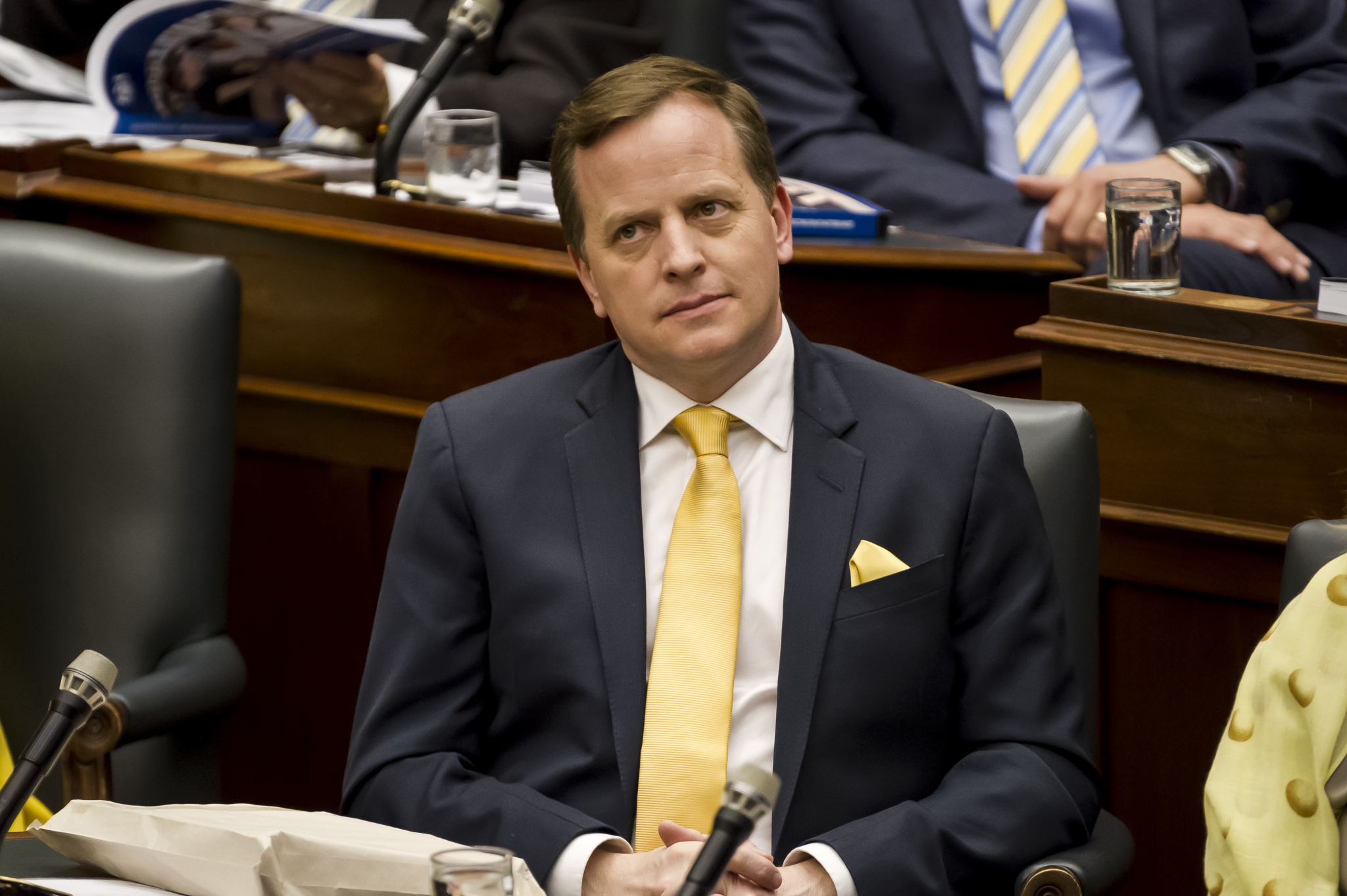 The company behind the wind farm filed an application for judicial review in December after Environment Minister Jeff Yurek revoked its environmental approval, citing concern for the welfare of local bats. But Yurek lacked the legal authority to do so and either misunderstood or ignored key evidence showing bats wouldn’t be at risk, the Ontario Superior Court found, outlining a long list of errors in the minister’s move to cancel the project.

“This is a case where the minister’s decision is not reasonable and does not deserve deference,” reads the decision dated May 13 and signed by three judges.

“This decision does not meet the requirements of transparency, justification and intelligibility … Therefore, the decision should be quashed.”

When Nation Rise was cancelled, it had already been approved by Ontario’s Environmental Review Tribunal, an independent body that hears appeals of projects affecting the environment. Two-thirds of the wind farm had been built. The site is in the Township of North Stormont, nestled among agricultural fields about 40 kilometres south of Ottawa, and has been sitting in limbo ever since.

Had Yurek’s decision been successful and EDP Renewables, which was building the wind farm, had chosen to pursue lost money in court, the bill to the government could have been enormous. The company said in December that it stood to lose $230 million in sunk costs, and in court hearings. EDP Renewables said it was paying $100,000 a week to tend to the partially built wind farm.

Instead, the government must reimburse EDP Renewables for $126,500 in legal costs, the court ruled.

The Ontario government has previously weakened protections for endangered species.

“This was a damning judgment with regard to the government and the minister’s actions,” said Ontario NDP energy critic Peter Tabuns.

“The judges correctly assessed that this was not an evidence based-decision and that the procedure was unfair ... (they’re) saving us a lot of money.”

In court, the government argued that Yurek had the right to make decisions in the public interest. Andrew Buttigieg, a spokesperson for Yurek, said Thursday that the government respects the decision but is “disappointed with the outcome.”

“At this time, we are reviewing the decision and are carefully considering our next steps,” Buttigieg said in a statement.

EDP Renewables said it still stands behind the project.

“Given the court’s decision, EDPR is eager to recommence construction of the Nation Rise wind farm, which will bring much-needed jobs and investment to the community,” the company said in a statement.

“This delay has resulted in unnecessary expenditures to date, at a time when governments and businesses should be focused on reducing costs and restarting the economy.”

Ontario Green Party Leader Mike Schreiner said Yurek’s decision was “politically-motivated,” and the wind farm should never have been cancelled.

“It’s good to know that the premier’s political vendetta against clean energy does not supersede the rule of law,” he said.

Though EDP Renewables raised the issue of political bias in court, the judges declined to rule on that aspect of the case.

"It is unfortunate that the Ford government's decision was a waste of money," said Liberal environment critic Lucille Collard. "It’s clearly a position against the protection of the environment."

Sarah Buchanan of the green non-profit Environmental Defence said the judges' decision is a "victory for the rule of law and the environment" and good news for taxpayers, whose money could have gone towards more court battles had Yurek's decision not been overturned.

"Energy decisions are always big decisions for our future, especially in the moment we’re in now," she said.

"We need to move forward with projects that will bring clean energy and jobs to Ontario."

'If I could tear up every wind turbine in this province, I would'

Since taking office in 2018, the Progressive Conservative government has spent at least $231 million to cut about 750 renewable energy projects. Most of that was spent on the cancellation of the White Pines wind farm in Milford, Ont., which was one of the government’s first pieces of legislation.

“If I could tear up every wind turbine in this province, I would,” Premier Doug Ford said in a radio interview in December.

Nation Rise has been in the works since 2016 and received its environmental approval under Ontario's previous Liberal government in 2018. EDP Renewables took on the project, which includes plans for 29 turbines that could generate up to 100 megawatts of clean energy, at a relatively cheap price after a competitive bidding process with the Ontario’s Independent Electricity System Operator (IESO). The company also worked with the local township to give the community $45 million in benefits.

Still, Nation Rise had local opponents. An organization called Concerned Citizens of North Stormont challenged the project’s approval in 2018 at the Ontario Environmental Review Tribunal, citing concerns about noise, vibration and the risk to local wildlife.

At the tribunal's hearings, the Ontario Ministry of the Environment, Conservation and Parks brought in experts to testify in favour of the project. Independent and provincial scientists said there was no risk to bats or any other component of the environment, and the tribunal gave Nation Rise its stamp of approval in January 2019.

Concerned Citizens of North Stormont appealed the approval to Yurek, who is allowed in some cases to overturn the review tribunal's decisions, but didn't mention bats. Yurek later asked both sides to submit evidence about the impact on bats, the reason he eventually cited while cancelling the project.

EDP Renewables argued in court that Yurek had pulled the bat issue out of thin air after the citizen group hadn't raised it and expert testimony had already dismissed it.

The court ruled that Yurek didn't have evidence to back up his concerns about the bats.

"The minister erred in finding, based on the evidence before him, that there were significant bat maternity colonies," the judgment read. "There were not.”

In addition to ignoring and misunderstanding the evidence, the court said Yurek was unfair and failed to account for measures EDP Renewables proposed that experts said would mitigate any possible impact on bats. He also used the wrong legal principle to cancel Nation Rise and applied the law he did use incorrectly, the judges found.

"All the science and evidence indicated the minister fudged the science," Schreiner said. "I’m pleased to see the courts agree with that.”

Yurek's decision to revoke Nation Rise's approval, and the subsequent court case, have caused months of construction delays that have made Nation Rise miss its deadline for the IESO, the court judgment noted. That puts the company at risk of losing its contract.

Tabuns, Schreiner and Collard said Yurek's attempt to revoke Nation Rise's approval when it was close to completion harms Ontario's reputation. The move contrasts sharply with Ontario's "open for business" motto, they said.

"That’s been an ongoing threat from the government’s activities, that they’ve created an atmosphere of uncertainty, of erratic behaviour," Tabuns said. "It discourages people from actually investing here."

Schreiner pointed out that the government's attempts to cut clean energy programs, which would deliver energy that's less expensive than the emissions-heavy natural gas it has invested in, have cost taxpayers millions already.

"It makes absolutely no sense," he said.

Though Collard noted the judges' decision should help bolster businesses' confidence in government, she said the government's actions are cause for concern.

"Knowing that the Minister could overturn or cancel the projects after they’ve been approved sends a very wrong message," she added.

The courts also ruled that Concerned Citizens of North Stormont, which was also a respondent to the court cause, would have to pay costs to EDP Renewables. A lawyer for the group, Eric Gillespie, said in a statement that Concerned Citizens will be taking the case to the Court of Appeal, as the organization believes the decision leaves endangered species at risk.

Editor's note: This story was updated at 12:12 p.m. Eastern time to include comments from the Ontario government, Green Party Leader Mike Schreiner and additional context from the court judgment. It was updated again at 1:10 p.m. to include additional comments, including those from Concerned Citizens of North Stormont, and again at 5:37 p.m. to include comments from Environmental Defence and the Ontario Liberal environment critic Lucille Collard.