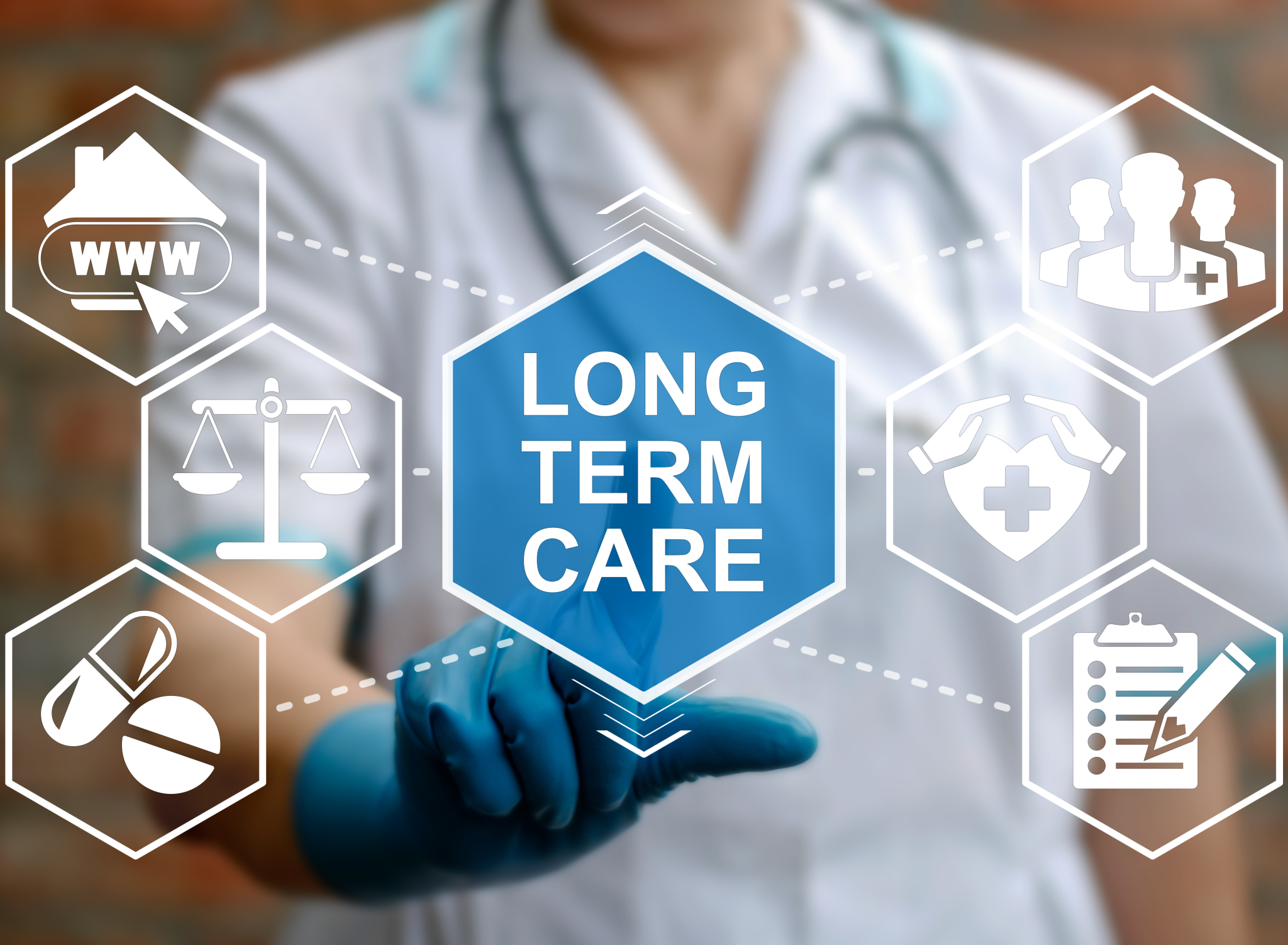 The World Health Organization says that “older age and co-morbid disease have been reported as risk factors for death.” Photo: Shutterstock
Previous story
Next story

There is no excuse for the deaths at long-term care and hospital facilities. It was a preventable tragedy. Even a cursory look online illustrates that we could have minimized the deaths in the two most at-risk segments of our population: seniors with serious illnesses, and the courageous front-line health workers who care for them.

According to Public Health Ontario, as of May 13, there were 3,607 health-care workers infected with COVID-19. Health-care workers now make up 16.8 per cent of Ontario’s cases. That’s in addition to the 1,057 seniors in care who died, as estimated by the Ontario Health Coalition up to May 5.

When Ontario’s chief medical officer of health Dr. David Williams was asked if long-term care residents who left for medical appointments and returned were causing COVID-19 outbreaks, he responded that it was “an interesting assertion.”

With Canadians locked down with stay-at-home and distancing mandates to stop community spread, the priority for medical experts was to protect and defend the health-care system. Experiences from the 2003 SARS outbreak, Italy, Spain, and Washington state provided ample evidence of COVID-19’s ferocity in health-care settings.

Chronology of a preventable tragedy

March 9: Canada’s first coronavirus death occurs at a nursing home in B.C., creating fear about COVID-19 spread in long-term care facilities. “We have vulnerable populations — and we have to pay particular attention to that group because they have heightened potential exposure and impact,” said Vicki McKenna, president of the Ontario Nurses Association.

March 14: Two physicians who served on the SARS 2003 front line give an early warning to provincial medical experts about the danger to long-term care homes.

"Instead of securing the most vulnerable demographics in health-care settings, experts chose to perform mass testing on the general population to 'slow the spread.'"

March 31: Ontario has coronavirus outbreaks in 10 long-term care residences. “This virus moves very quickly, as public health officials have been telling us,” said Sue Graham-Nutter, CEO of the Rekai Centre.

April 9: Ontario public health officials finally move testing to long-term care homes, but only for those showing symptoms. Asymptomatic and pre-symptomatic residents and health-care staff do not meet the requirements. “I’m frustrated at the system,” Mr. Doug Ford said.

April 9: Premier Ford calls for widespread testing of everyone in the health-care system. “Our goal at the end of the day is (to) test every single front-line health-care worker, all workers, being nurses, doctors, (personal support workers), cleaners … Our priority is to make sure we target the long-term care residents and the workers there as well."

Barbara Yaffe, Ontario’s associate chief medical officer of health, says that widespread testing in the health-care sector could result in “wasting a lot of tests” and that “changing that is not a simple thing …I know it is being strongly considered.”

Colin Furness, an infection control epidemiologist at the University of Toronto, said provinces need to be much more aggressive in testing staff members at long-term care facilities because some of the infected are showing no symptoms at all or just mild ones. “Widespread testing of staff members could help identify more cases before they have a chance to spread.”

“The risk to seniors in nursing homes is “skyrocketing” at the same time risk in the general community is coming under better control, says Dr. David Fisman, an epidemiologist at the University of Toronto’s Dalla Lana School of Public Health. “The rate of death in long-term care is somewhere between 10 and 20 times higher than the same cohort outside long-term care.”

April 14: Chief Public Health Officer of Canada Dr. Theresa Tam admits that COVID-19 outbreaks in the health-care system are critical. She urges “all Canadians to continue to stay home to keep older people, who are most at risk, from dying. We need to protect our seniors, so stay home and save lives.”

April 22: – After repeatedly resisting calls from advocates and the premier for widespread testing in the long-term care homes, Ontario medical experts finally establish a comprehensive testing protocol. The memo states that officials need to better understand “the prevalence of COVID-19 in long-term care homes and inform future planning.” And that the plan will “address COVID-19 in this vulnerable population … in order to … stop the spread.”

Ford says he was “beating the drum” weeks ago to have everyone tested. “As much as people may think I can jump in there and overturn what the chief medical officer says, I can’t.”

Dr. Williams refers to “studies” that prove “asymptomatic residents and staff at long-term care facilities were actually positive for COVID-19.” He continued, “I think in that case, we’re going to have to start testing everybody.”

May 9: - The National Institute on Aging reports that 3,436 long-term care residents and six health-care workers make up 82 per cent of COVID-19 deaths nationwide. The institute’s Ontario long-term care tracker calculates that Ontario has outbreaks at 321 residences, resulting in 7,355 infected and 1,335 deaths.

There is and always has been a low risk of dying from coronavirus among the general population. According to WHO’s March 13, 2020 guidance, 81 per cent of people with COVID-19 will have an “uncomplicated or mild illness,” 19 per cent will develop severe illness, and a small percentage will die. WHO also says that “older age and co-morbid disease have been reported as risk factors for death.”

The stay-at-home and distancing mandates protects those most at-risk in the general population. Instead of securing the most vulnerable demographics in health-care settings, experts chose to perform mass testing on the general population to “slow the spread.” Slowing the spread and preventing deaths were the reasons for the lockdown, we were told. What possible advantage is there to mass testing if Canadians are under self-quarantine? Someone either has it or they don’t. They’re sick enough to go to the hospital or they quarantine.

1) Symptomatic people show up at the testing centre. If they don’t have serious symptoms, they’re put under a 14-day quarantine.

2) If they meet the criteria and test negative, they’re put under a 14-day quarantine.

3) If they meet the criteria and test positive, they’re put under a 14-day quarantine and they trace contacts. Rinse and repeat.

Anyone see a pattern here? People with symptoms are already under a mandate to self-quarantine for 14-days.

The front-line in this war is the health-care sector.

Canada-wide testing as of May 14

Roughly 94 per cent of highly symptomatic people tested for COVID-19 have a cold, flu virus or other cause.

It’s impossible to stop the virus by chasing it. It moves too fast, as one expert mentioned. To slow or stop it, they needed to get in front of it. To repurpose Wayne Gretzky’s scoring advice: “Go to where the virus is going to be, not where it’s been.” All over the world, this thing is trying to get into the health-care system, where it thrives.

With limited test kits and PPE (personal protective equipment), the obvious protocol was to test, secure and set a perimeter around the long-term system. Test residents, health-care workers and support staff and quarantine positive cases. Test every seven days and repeat until new testing supplies are acquired to test the general population.

As Dr. Tom Frieden, the former director of the U.S. Centers for Disease Control and Prevention, said recently, “We need to box it in,” utilizing a four-cornered approach of testing, isolating, quarantining and finding the virus.

“This is the essence of the box-in strategy — creating a closed loop. So that with each wave of infections, there are fewer and fewer secondary infections boxing the virus in and opening more and more space in society (for) safe movement,” Frieden said.

Testing should be about quality, not quantity. Quantity is just a numbers game. There’s no advantage to searching for a needle in a haystack by testing the community. We either get it or we don’t. There’s no cure. We’re doing our part locking down to prevent viral spread. We need a new, more aggressive, approach.

We need warriors, not modellers

The only positive from this preventable tragedy is that we know where the invisible enemy is now. It’s in care homes. We have it surrounded. It’s vulnerable. And we can’t let it back out.

One doesn’t have to be a doctor to plan strategy. In fact, business, tactical and military experts are the best sources for strategic planning.

Premier Doug Ford, you know what the right strategy is. You’ve said it multiple times. We need to throw everything we’ve got at the health-care system. The virus has taken it from us.

1) Bring in SARS veterans Dr. Allan S. Detsky and Dr. Isaac I. Bogoch to consult, not only on how to attack this virus, but for advice on dealing with the trauma of surviving health-care warriors in the aftermath.

2) Mobilize more military or contract with local cleaning companies in Ontario to disinfect health-care facilities 24/7. Don’t let it breathe. Test kits should be reserved to test patients, care home residents, and health workers. Just keep testing and isolating. The rest of us are fine.

3) Bring in Chief of the Defence Staff, General Jonathan Vance, an appointee, or police tactical experts. It’s war. An enemy is an enemy. We need warriors, not modellers. We need tactics. We need military logistics to roll out an attack plan provincewide.

No more hiding from this thing. We need to be just as courageous as health-care warriors who are behind enemy lines. We need to take back the health-care system that we lost. You need to take that fear, uncertainty, anger, and stress and turn it into aggression. That’s right in your wheelhouse.

Otherwise, more will die needlessly. There’s no other way out.

Two significant actions taken by BC to limit staff movement which is the main cause of the spread of covid-19 are not mentioned - March 26 staff are required to work in only one facility and operators are required to turn over staff rosters; April 1 every worker is hired full time and paid standardized wages.