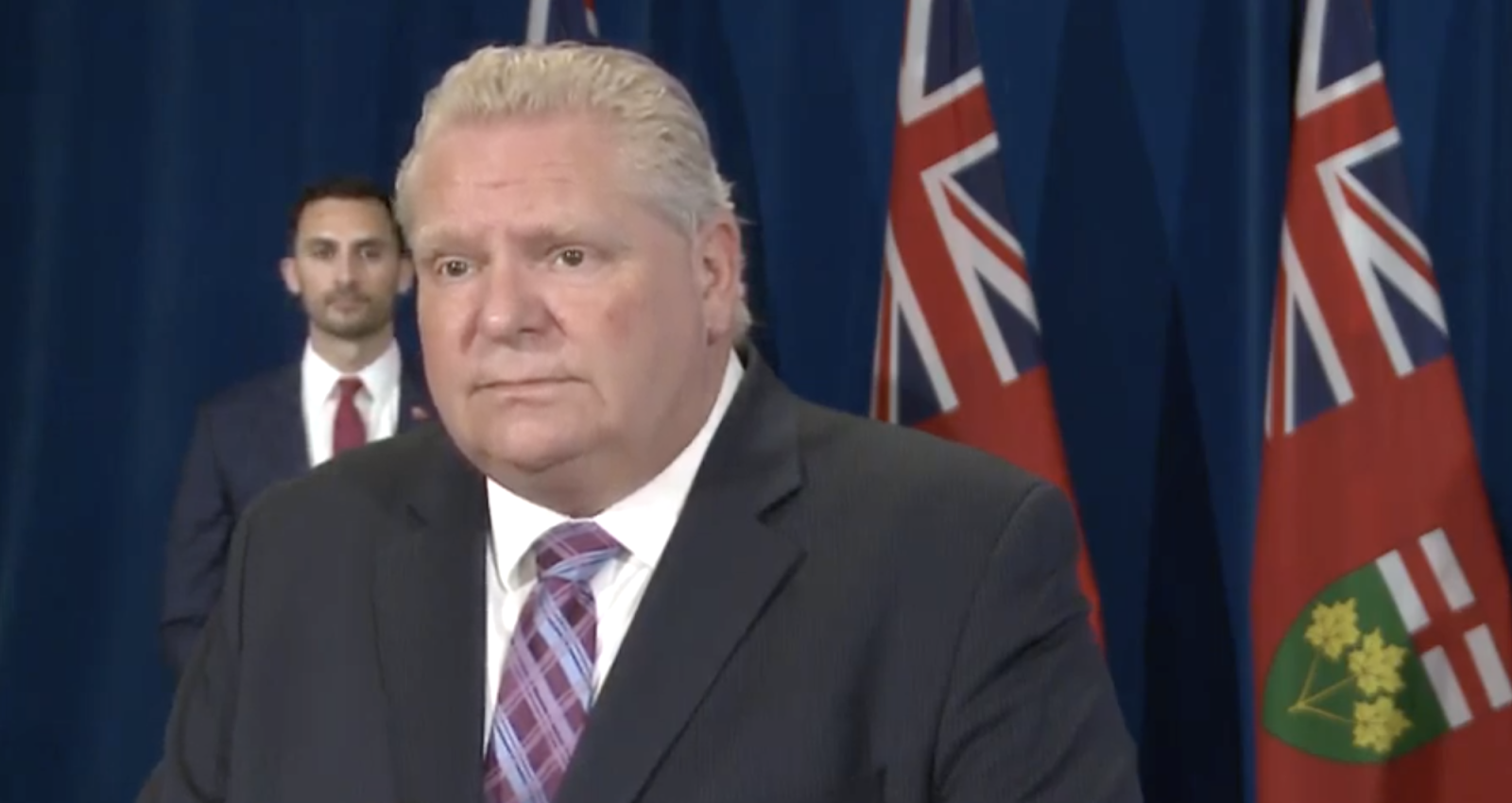 Premier Doug Ford speaks at a news conference on 19 May, 2020.
Previous story

Parents of school-age children in Ontario face a dilemma heading into the summer months, as the province inches forward with its plan to open up more of the economy, while ruling that schools would be shut for the rest of the academic year.

Overnight summer camps have also been cancelled, the provincial government said on Tuesday, although day camps that maintain strict rules around distancing and other protective measures to contain the COVID-19 pandemic will be allowed.

“We cannot open schools at this time,” Premier Doug Ford said at a news conference with his education and health ministers. “I’m just not going to risk it.”

He said that as long as infection trends keep improving, day camps would be allowed to open in July and August, but that overnight camps are a different matter.

Ford said he did not want to “chance it” by allowing schools to open in regions of the province that have not recorded a large number of COVID-19 cases.

Canada’s most populous province meanwhile kicked off its reopening plan by allowing many retail shops to open and all construction activities to resume, while bars remain closed and restrictions on gatherings at dine-in restaurants, and in hair salons and other businesses remain in place until at least the end of next week.

That leaves parents with jobs in those sectors that are getting back to work torn between returning to their jobs and looking after their children.

Ford declined to say whether the province would provide further financial support to parents to help with the extended shutdown of schools. In early April, it made available a one-off payment of $200 per child and $250 for students with special needs.

Parents in Ontario will have their kids home from school through the end of the academic year, the Ford government says, while many will be asked to return to work as the economy reopens.

“I can’t give you a definite ‘no’ or a definite ‘yes,’ but I can tell you everything is on the table all the time,” he said.

Plan for September to come by end of June

His education minister, Stephen Lecce, said the government is working on a plan to reopen schools in September which they will make public before the end of the school year.

“It is obvious that schools will not look the same, that we have to reimagine education” to account for the need for distancing and the safe movement of children, he said.

This could result in smaller class sizes, which the government had been fighting against in a labour dispute with education unions that was disrupting classes before the pandemic hit.

“Before the end of June, we will unveil a plan of how that will look, what those types of impacts will be and additional educational supports we’re going to unveil to help our kids succeed next year,” Lecce said.

He championed the use of so-called “synchronous” online learning in the interim, meaning he wanted teachers to be available to instruct students in a live sense, rather than posting work to be completed.

Students were told not to report back to schools in Ontario after the March break, and the province launched an online learning portal weeks later, although participation has not been enforced and students can improve their marks with remote work, but not face lower grades.

The government said all students from kindergarten to Grade 12 will receive report cards.

Editor’s note: This article was updated at 4:20 p.m. Eastern to add additional quotes and details.

B.C. classes will soon be in session, but parents' reactions are mixed

By Morgan Lowrie | News, Politics | May 15th 2020
Coronavirus in Canada

By The Canadian Press | News, Politics | May 11th 2020
Coronavirus in Canada