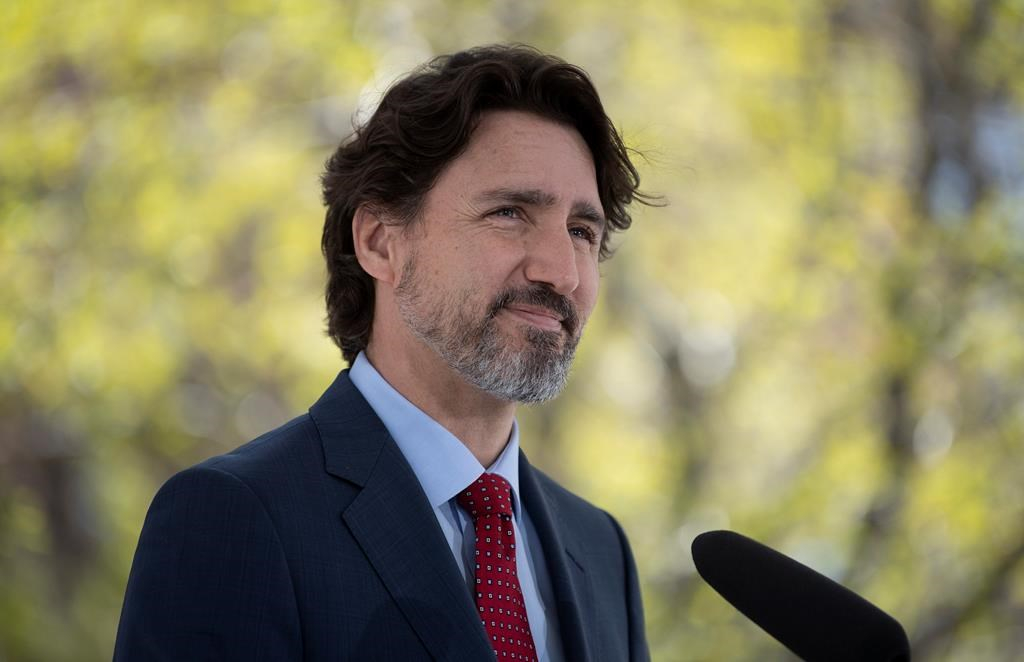 Prime Minister Justin Trudeau listens to a question during a daily briefing with media outside Rideau Cottage in Ottawa, on Thursday, May 14, 2020. Photo by The Canadian Press/Adrian Wyld
Previous story

Even as much of Canada took steps Thursday toward resuming normal life, with the promise of reopened national parks and provincial economies, Quebec moved in the other direction by shelving plans to have students return to class in Montreal.

Ontario announced it would lift restrictions on some retailers, seasonal businesses and medical procedures next Tuesday, while Alberta began implementing the first phase of its own relaunch with the reopening of stores, daycares and museums.

In contrast, Quebec Premier Francois Legault announced that elementary schools in greater Montreal would remain closed for the rest of the school year, saying conditions had not been met to reopen as planned on May 25.

Daycares, which had been scheduled to open the same day, will now remain closed until at least June 1, while businesses will be allowed to open as scheduled only if conditions improve in the province's largest city.

Quebec has more than half of the country's COVID-19 cases, with over 40,000 infections and 3,351 deaths as of Thursday. The province has already opened elementary schools and stores outside Montreal, but Legault said the situation in the city remains risky.

"We know the situation remains under control outside Montreal, but it remains fragile here," Legault said during a visit to the hard-hit city. "We've concluded that the conditions are not met to reopen elementary schools in the Montreal region."

In Alberta, retail stores, hair salons, museums, daycares and day camps were allowed to open Thursday, with restrictions. Restaurants and cafes could reopen at half capacity.

The reopenings apply across the province, except in Calgary and Brooks, which will have to wait until May 25.

John Gee of Calgary drove to the nearby city of Airdrie on Thursday to get his first haircut in four months.

"My wife said maybe this will make you feel better," he said. "I've been in a bit of a funk with everything going on."

After his long grey locks fell to the floor, he said he felt more normal.

In Ottawa, Prime Minister Justin Trudeau said some national parks and historic sites across the country would reopen June 1 for select activities, including trails, day use areas and green spaces.

At his daily briefing, Trudeau noted that the coming May long weekend would look different this year due to the ongoing shutdowns and distancing restrictions.

"But this isn't forever," he added.

"Canadians have been doing the right things these past many weeks, and that's why we can announce some good news for the weeks ahead."

Since the novel coronavirus that causes COVID-19 sent the country into lockdown in mid-March, all national parks and historic sites have been closed, with visitor services and all motor vehicle access suspended.

Trudeau said the choice of which parks would be allowed to open would align with the decisions of provincial and local governments. The gradual reopenings are to be accompanied by measures designed to ensure the safety of visitors and workers, he said.

The prime minister also held his weekly call with the premiers Thursday — his ninth since the Canadian COVID-19 pandemic began.

A readout from his office late Thursday said they discussed “the tremendous importance of testing and contact tracing” when it comes to restarting the economy and how Ottawa can support those efforts.

They also talked about the restrictions at the Canada-U.S. border. The readout says Trudeau and the premiers "agreed on the need to maintain strong public health measures at the border," especially as they begin reopening their economies.

In British Columbia, many provincial parks opened Thursday, but the province kept several in and around the Vancouver area closed because of fears they would draw crowds.

Meanwhile, Ontario revealed it is set to enter its first stage of reopening next Tuesday, including lifting restrictions on some seasonal businesses, low-risk workplaces and medical procedures.

The facilities that will be able to reopen include golf courses, tennis courts, most retail stores, dog groomers and construction, Premier Doug Ford announced.

Ford said that Ontarians would have to remain vigilant during the province's first recovery stage, which also includes the resumption of some surgeries.

"We need to keep in mind that all of this is dependent on the numbers," he said.

"The truth is we can't fully predict where things will go, so we need to be ready to react if we see a sudden increase in cases. We cannot let our guard down now. We must watch the trends like a hawk."

In New Brunswick, Education Minister Dominic Cardy warned that all phases of reopening involve risk, including the planned reopening of licensed daycares next Tuesday.

"The only way you can avoid risk from the pandemic is by embracing a risk that would come from the destruction of our economy, our inability to collect taxes and pay for critical social programs," Cardy said, as the province released a guide for parents ahead of the resumption of child care services.

— With files from Allison Jones in Toronto, Bill Graveland in Calgary and Kevin Bissett in Fredericton