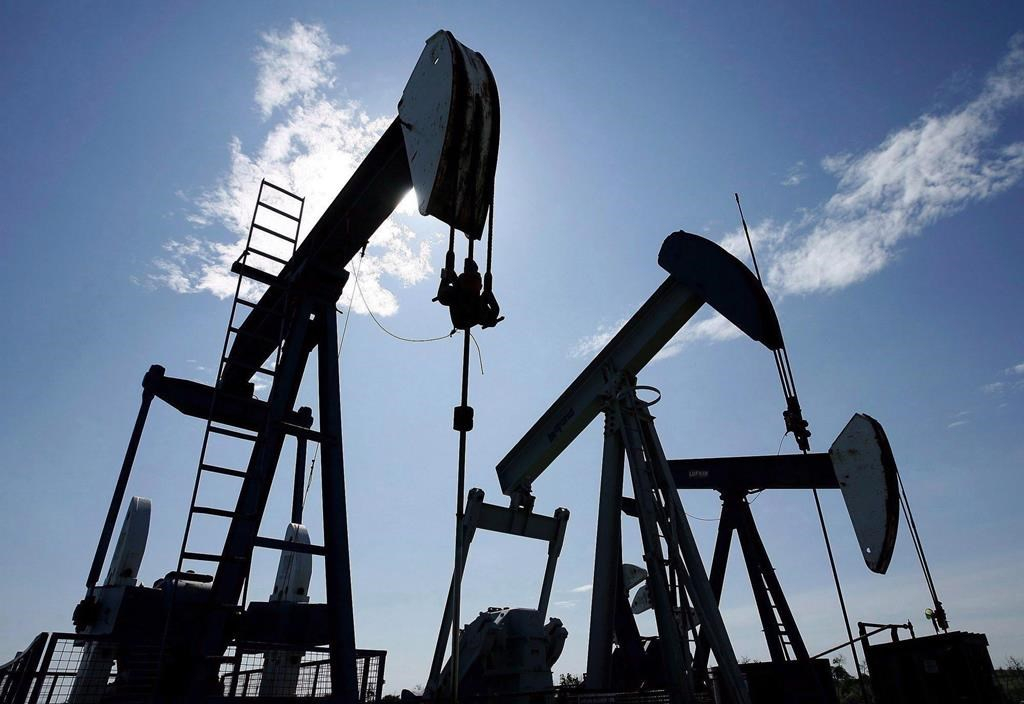 Canada's oilfield services sector is in for "an immense amount of pain" over at least the next year thanks to low North American oil and gas exploration activity amid a worldwide glut of cheap crude, according to a report from CIBC.

Drilling and well completion companies stand to suffer the most as producers will be reluctant to reverse cuts in spending and production linked to the COVID-19 pandemic and its affect on fuel demand, the analysts warn.

"There is no way to sugarcoat it. The oilfield services sector is in for an immense amount of pain over the balance of 2020 and into 2021," the report says.

"This will be felt across the sector and while some sub-segments will be more impacted than others (i.e. drilling/completion services lines), no one will be immune, especially with the broad-based shut-ins of existing production."

On Thursday, Calgary-based STEP Energy Services Ltd. was the latest oilfield service provider to report a series of measures to deal with sharply lower demand that began in mid-March.

The measures include job cuts, wage rollbacks, parked equipment and reduced capital spending in its hydraulic fracturing and coiled tubing well service operations in Canada and the U.S.

It is also seeking relief from its lenders because it could potentially breach its debt-to-adjusted-earnings covenants within the next two quarters, triggering a possible demand for immediate repayment of all amounts due.

"Volatile market conditions have created uncertainty for our clients and they have responded by announcing material reductions in capital expenditures and cancelled work programs," said STEP in a statement.

"Natural gas prices have strengthened of late which could support additional work later in the year; however, this is not expected to offset the decline in demand for services from oil-directed work."

In a note, analyst Ian Gillies of Stifle FirstEnergy said STEP's results were in line with expectations, but the bank covenant warning is worrying for investors.

"The outlook for North American hydraulic fracturing remains extremely challenging due to the material uncertainty surrounding the global economy and crude prices," he said.

The authors of the CIBC report said the services sector downturn is made worse by expectations of "a prolonged trough" in activity as demand for new oil and gas production is delayed by the need to draw down crude storage and as idled wells are reactivated.

It said shares in the services companies it covers are down between 15 and 70 per cent since early March, some of which is justified by the cost of challenges to come, but some due to "indiscriminate selling" by spooked investors.

Ongoing equipment retirements are expected to allow the North American services sector to eventually match capacity with demand, it said.

At STEP, adjusted earnings before interest, taxes, depreciation and amortization fell by 12 per cent to $22.8 million in the three months ended March 31, despite a 10 per cent increase in consolidated revenue to $194 million.

It attributed the decrease to a $2.5 million provision for bad debt and $1.9 million in severance for unspecified workforce reductions in Canada and the United States.

Despite a recent rise in U.S. benchmark oil prices to above US$30 per barrel, STEP says it has further reduced its 2020 capital program to $15.5 million, down from $24 million previously and its initial plan of $47 million.

It reported a first-quarter net loss of $52.2 million, compared with a net loss of $600,000 for the same period in 2019, mainly due to $58.8 million in non-cash impairment charges against its Canadian well-fracturing assets.

Earlier this month, the PetroLMI Division of Energy Safety Canada reported more than 7,700 oil and gas sector jobs were lost in April compared with March, with 6,500 of the lost jobs from the oilfield services sector.

Companies in this story: (TSX:STEP)

Yes, oil is dead. Just read the writing on the wall.

By Elizabeth May | Opinion | May 12th 2020
Coronavirus in Canada