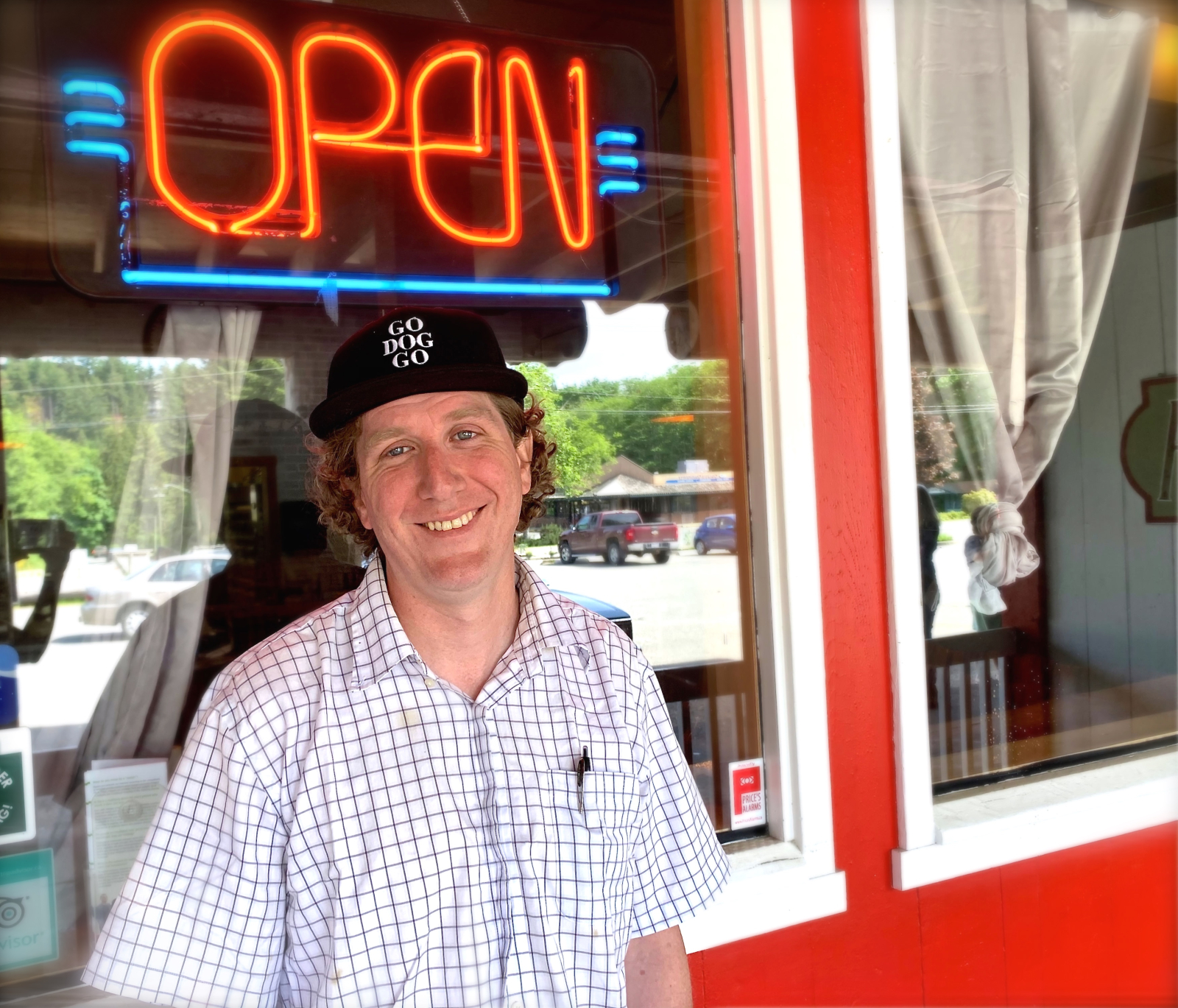 Darryl Rose, co-owner of The Clove restaurant on Quadra Island is exploring how to re-open his business to diners. Photo: Rochelle Baker
Previous story
Next story

Businesses in B.C.’s small resort communities are trying to figure out how, or even if, to open shop as the province enters the next stage of its reopening plan June 1.

Restaurants, pubs, businesses, resorts and marinas in the Discovery Islands off the west coast of B.C. are tentatively taking the first steps in expanding services in their communities to locals and tourists alike.

The region’s two most populous islands, Quadra and Cortes ­— like many of the province’s coastal destinations — are eco-tourism havens for boaters, kayakers, whale-watchers, fishing enthusiasts and campers during the summer months.

But the islands’ businesses have taken a beating as the COVID-19 pandemic curtailed tourism revenue and shuttered services.

Darryl Rose, co-owner of The Clove restaurant on Quadra Island, said he’s part of a loose coalition of businesses meeting online, working together on how best to move forward while protecting staff and customers.

Regardless of doing good trade in takeout, Rose still wants to open his restaurant again to diners, not only for his sake, but for his islander clientele as well.

Restaurants and pubs play an important role on the island, as there aren’t many other public social venues for people to gather in, he said.

“I want to serve tables again,” Rose said. “Serving folks at the door is one thing, but having conversations at the table and seeing different customers connect with one another, I miss that experience.”

Rose said he’s still not certain when he’ll actually open the doors to the restaurant.

“Because right now, everything can change on a dime.”

“Serving folks at the door is one thing, but having conversations at the table and seeing different customers connect with one another, I miss that experience,” restaurant owner Darryl Rose on re-opening his doors to diners in the COVID-19 era.

Islanders are especially keen to have restaurants and pubs open again, McMartin said.

“People are desperate,” he said, noting not much is open other than a handful of places providing limited takeout service.

“We all want to go out for a nice meal and a drink and have somebody else do the dishes, but it still might be a while before we can do that.”

The province has given the green light for businesses to open if they can meet the new measures and protocols, but not all of them will, McMartin said.

Many restaurants on Quadra are tied to the island’s resorts, some of which have already announced their dining rooms won’t be opening at all this summer, he said.

Some resorts, such as April Point, aren’t planning to open their doors, period.

Finding labour this late in the season, coupled with increased cleaning costs and decreased revenue, may prove too challenging for businesses, he said.

“If you’ve got a 12-seat restaurant and you have to impose physical distancing … at some point, it’s just not worthwhile.

Rose acknowledged there is no guarantee reopening his restaurant will be profitable.

“It’s difficult to look at the financials because there are so many new factors — I don’t know how it’s going to play out.”

Like many in the hospitality sector, Rose said he is exploring the idea of expanding his patio space to be able to serve more customers outside.

B.C.’s Liquor and Cannabis Regulation Branch has simplified the online process for establishments to temporarily expand patio areas until Oct. 31.

The authorizations will only expand a business’s footprint, not its overall seating capacity. And businesses still have to follow local bylaws and get approval from local government.

McMartin, also general manger for Taku Resort and Marina on Quadra, said the resort has also scaled back operations for the summer.

While visitors can rent out the individual cabins, the washroom and shower facilities at the resort are closed to protect staff, he said, adding that will likely eliminate any transient boat traffic in the marina.

“I don’t expect them because there’s not much for them to stay here for.”

Bill Dougan, general manager of Gorge Harbour Marina Resort on Cortes, has also scaled back operations by 50 per cent this season in order to ensure proper physical distancing.

Boaters and guests in RVs can book at the resort if they have their own bathing and toilet facilities, he said.

And the store has reserved the bulk of opening hours for islanders and is offering visitors limited access, he said.

However, the resort has already opened the restaurant because local demand is so high.

“We opened Wednesday this week for sit-down service inside and on the patio with new protocols in place and it’s been packed,” Dougan said Friday.

“It’s the only restaurant open, and there’s a lot of pent-up demand. It’s 90 per cent islanders,” he said.

Dougan says that ratio might change later in the summer, as Cortes gets more visitors from the Vancouver Island region.

Both Quadra and Cortes issued public advisories at in the initial stages of the pandemic, asking visitors to avoid non-essential travel to the islands to protect limited resources and services in the communities.

But neither island community has issued any further announcements after the government launched its reopening plan that sanctions regional tourism starting in June.

Dougan doesn’t expect pushback from locals opposed to visitors at the resort, given the measures undertaken and the work done to meet community concerns.

“We’ve done a lot of communication during the crisis about how we’re operating,” he said.

“We’ve worked hard to make sure we have a good relationship with locals, and they trust us and it makes a difference.”

Rose also thinks locals are eager to have the restaurant open, and if he works to maintain safety, he likely won’t face local resistance.

The province, Vancouver Island region and Quadra did a good job of flattening the curve, he said.

“We were right to lock everything down, and we all did everything right,” Rose said. “But now, we just have to keep monitoring it, and go forward as best we can.”