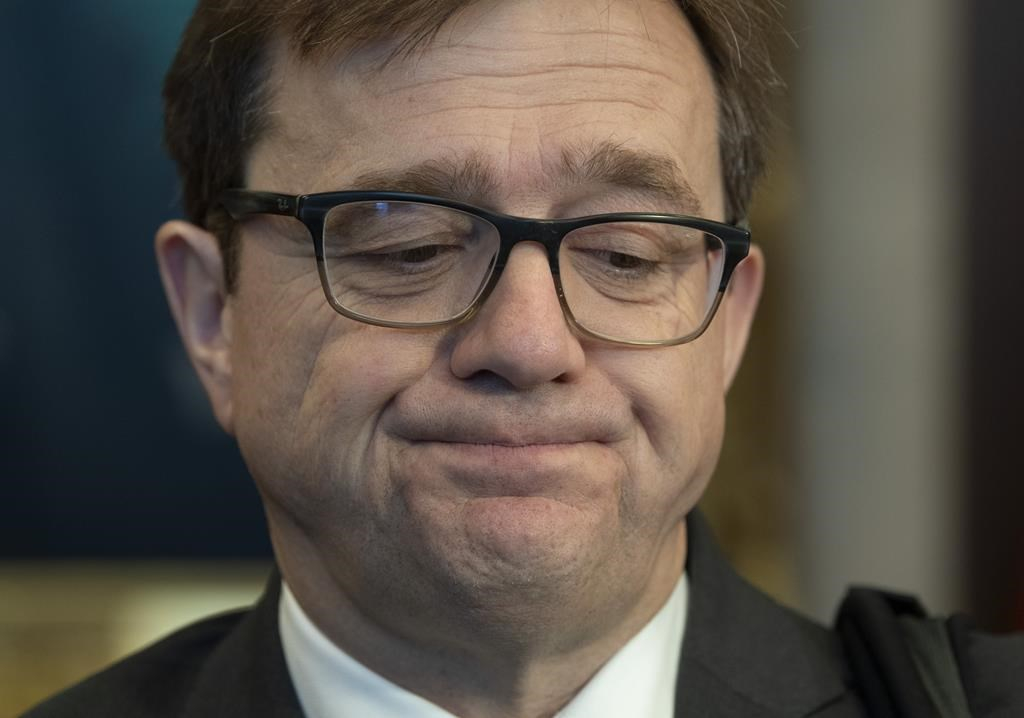 Minister of Environment and Climate Change Jonathan Wilkinson speaks with the media following a cabinet meeting in Ottawa, on Tuesday, February 4, 2020. File photo by the Canadian Press/Adrian Wyld
Previous story
Next story

Environment Canada has been doing fewer inspections, investigations and prosecutions over the last five years to enforce a law protecting people from toxic chemicals and air pollution.

According to figures provided last month in response to a written question submitted in the House of Commons, the department investigated 43 companies for violations of the Canadian Environmental Protection Act in 2015-16. There were 22 prosecutions and convictions.

In each of the last two fiscal years, however, the department investigated 12 companies. One was prosecuted and convicted.

"It definitely raises a lot of questions and concerns," said NDP MP Laurel Collins, the critic for environment and climate change who posed the question.

"It's wild that there was only one investigation that led to a prosecution in 2018 and 2019," she said. "I think most Canadians would be surprised to hear that. I don't think anyone thinks there is only one company violating."

In February, Collins submitted the order paper question, which is what MPs use when they want a more detailed answer from the government than is usually possible during the daily oral question period in the House of Commons. She was seeking an update to a 2018 report on CEPA enforcement from the federal environment commissioner.

That report called out Environment Canada for disproportionately focusing on dry cleaners and the fluid they use for cleaning — known as perchloroethylene — even though it was not more toxic than other substances investigators were supposed to be monitoring.

Collins says she was disheartened to find that enforcement has fallen "dramatically."

Asked to explain the drop in investigations under the act, a spokesperson for Environment Canada said only that investigations can be complex and take many years to complete.

Investigations, prosecutions for polluting in Canada down sharply since 2015

Environment Minister Jonathan Wilkinson would not comment because enforcement is an arm's-length process that must remain outside the political realm, according to spokeswoman Moira Kelly.

Companies that have been convicted end up on a national registry of environmental offenders. Some of the most recent cases involved selling products with volatile organic compounds above legal limits, chemical leaks and spills from electrical transformers, selling toxic chemicals to companies without making sure they had proper storage facilities available, and improperly disposing seafood waste in the ocean.

Muhannad Malas, the toxics program manager at Environmental Defence, an advocacy organization, said the Liberal government tries to bill itself as having the "gold standard" of environmental protections but there is just not very much enforcement happening.

"When you start digging into the numbers here you find that the government is not taking it seriously," he said.

The Liberals formed government in the fall of 2015 and were re-elected, with a minority mandate, in October 2019.

The government is also well behind schedule in reforming the Canadian Environmental Protection Act. The law has to be reviewed every five years. The last review began in 2016 and was completed by the House of Commons environment committee in June 2017.

The committee made more than 80 recommendations, including a suggestion to consider enshrining the right to a healthy environment in the law, mandatory labels for hazardous materials in a product, and better data collection on those products.

Malas said he was encouraged when strengthening the law was one of the items in Wilkinson's mandate letter last fall. He is worried the COVID-19 pandemic, which has delayed numerous other environmental promises including better fuel standards and a single-use plastics ban, will also push back CEPA reform.

He said the government has spent the last 2.5 years consulting and working on it so introducing the amendments should, at this point, "be pretty simple."

Kelly said in an email the government is still committed to reforming the act but also indicated the challenges posed by COVID-19 might be a factor in when that can happen.

This report by The Canadian Press was first published May 31, 2020.

It is a vicious downward

It is a vicious downward spiral. The more people on the planet, the more we pollute. Because we have acknowledged that we pollute and pollution is deleterious to global health we have rationally decided we must pollute less.,
Because we know from dismal experience that people are generally incapable of, or unwilling to do what is best for ourselves, let alone anyone else, and because altruism is a myth perpetrated by humanity to sooth ourselves and provide a dream that we DO have a better nature, we have rationally decided that we must enforce the actions we would prefer to accomplish through altruism.

Because corporate entities are neither altruistic, nor rational, but deeply psychopathic, their self-interest is also deeply disfunctional, laser focused on whatever goal (usually self-preservation and accretion of power) drives them. Irrestible force and immoveable object. "Inspections" are the farce we have imagined will resolve the impasse.

In reality, the notion of inspection is fatally flawed since it requires execution (at present) by fallible humans. The only form of "inspection" I can thnk of that actually works is that which science has turned over to robots and precision engineering processes. Even then human fallibility can screw up (e.g. the Hubble telescope debacle and solution)

Since altruism does not appear to have any evolutionary value it is unlikely to be found on earth, despite millennia of philosophy, religion, ethics and morality. Even those actions of "lesser" creation that appear altruistic most likely have far more mundane and short-term rationales