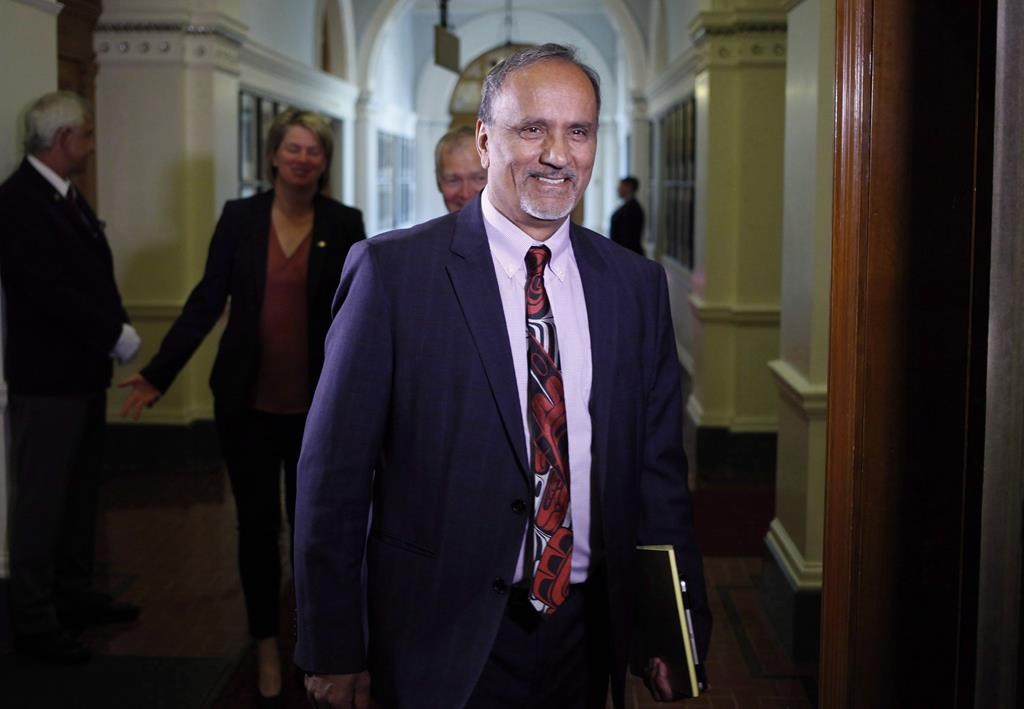 British Columbia's lowest paid workers get a pay increase Monday with a scheduled minimum wage hike at a crucial time for small businesses as they look for ways to continue operating during the COVID-19 pandemic.

The increase is part of the government's pledge to implement a $15 per hour minimum wage by next year after a decade of no increases from 2001 to 2011.

Labour Minister Harry Bains said the government understands the pressures facing employers during the pandemic, but workers are also struggling.

"We're all going through some very challenging times, no doubt about it," he said in a recent interview.

"Now, as much as ever, I think B.C.'s lowest paid workers also need support," said Bains. "It's not fair to ask them to delay their wage increase."

But Prof. Andrey Pavlov at Simon Fraser University's Beedie school of business said the government should forgo the minimum wage increase and allow market forces to determine rates of pay.

The pressures of the pandemic should be viewed as an opportunity to explore economic initiatives that don't involve regulated minimum wages and government subsidies, he said.

"I've never been a fan of minimum wage increases because I believe wages should grow on their own through economic growth," said Pavlov.

The minimum wage increase during a period when many businesses are struggling to survive the pandemic could be the final blow that results in them closing, putting people out of work, he said.

"Now, most businesses are thinking of shutting down or moving or restructuring in very substantial ways and you add that on top, it could be just the catalyst that pushes many businesses over the edge," Pavlov said.

Iglika Ivanova, a senior economist at the Centre for Policy Alternatives in B.C., said the province is an expensive place to live and life has become more difficult for low-wage workers because many have been laid off.

She said most people earning the minimum wage were not able to work from home.

"Many lost their jobs during the lockdown phase of the pandemic, and now we're starting to reopen a number of them will be called back and I think it's important that they actually earn decent wages," Ivanova said. "We've known for a long time that the minimum wage was too low in B.C."

B.C. has eased some restrictions, allowing restaurants, hair salons and dentist offices to reopen but with physical distancing rules in place, businesses have taken cautious steps to restart.

Labour Ministry data shows 60 per cent of people earning the minimum wage in B.C. are female and 93 per cent of minimum wage jobs are in the service sectors, including cleaning services, grocery stores and restaurants, Bains said.

This report by The Canadian Press was first published on May 31, 2020.