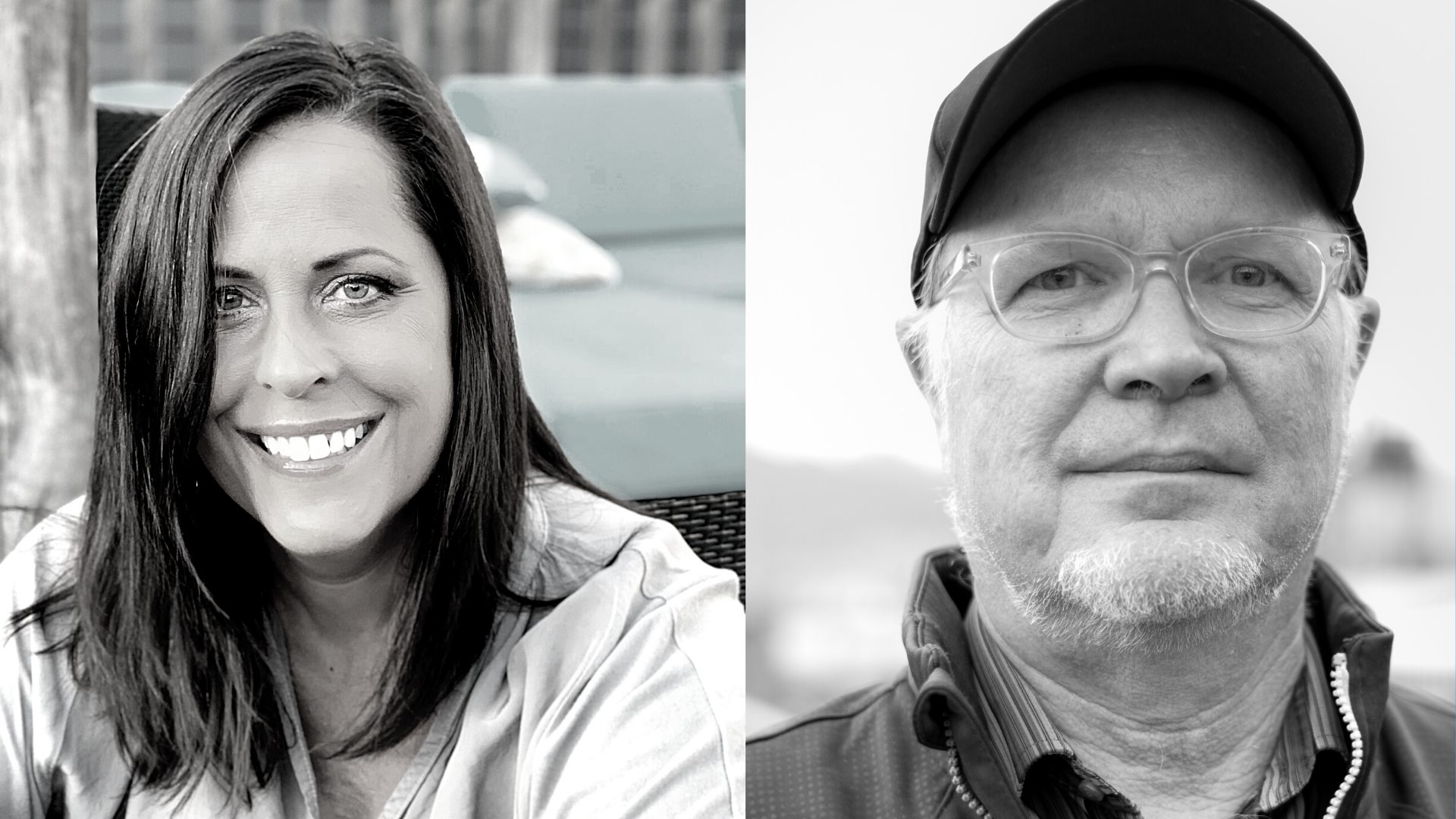 “One of the first things we could and should do is aggressive anti-trust action to break up a whole bunch of companies, notably including Amazon,” former Amazon vice-president Tim Bray said on Thursday.

Bray called for the breakup of Amazon and other top tech companies during a public Zoom conversation, sponsored by Canada's National Observer.

“The problem is not an Amazon problem, the problem is a power-balance problem,” Bray told host Linda Solomon Wood, editor-in-chief of Canada's National Observer. And the solution to that “deep societal problem,” he says, is to split up Amazon and other big tech companies.

Bray abandoned a “great job” in May — resigning in protest after the company fired employees who raised red flags about COVID-19 dangers in its warehouses.

“It felt like stepping outside the lines of what decent human beings should do,” Bray recalled about his reaction to the firings. “It also felt, to me, egregiously stupid.”

Bray, who spent the past five years as the e-commerce giant’s senior principal engineer and vice-president for its cloud-computing branch, joined one of those fired employees Thursday for the public Zoom conversation.

Maren Costa, a senior Amazon designer, was fired after promoting an event organized to bring together Amazon employees concerned about the company’s COVID-19 safety measures in its warehouses. The coronavirus has killed at least eight Amazon warehouse workers and many others have been diagnosed with the virus, sparking a U.S. employees' lawsuit alleging a “facade of compliance,” and allegations in Canada of overcrowding and accusing the firm of failing to inform all co-workers of workplace cases.

“It felt like stepping outside the lines of what decent human beings should do. It also felt, to me, egregiously stupid.” Former VP Tim Bray on Amazon firings and why he quit.

“Warehouse workers had been contacting us and telling us how scared they were,” Costa told attendees of the Zoom event. “They felt they were risking their lives and their families’ lives every day going to work, and they didn’t have the safety protections they needed.

“We said, ‘We will absolutely stand with you’ … Amazon, clearly, desperately, did not want that conversation to happen.”

A spokesperson for the Seattle-based multinational disputed the account in an email, stating workers were informed about any Covid-19 cases.

And in its website insisted insisted that its “top concern is ensuring the health and safety of our employees,” including touting US$4 billion spent on COVID-19 measures and denying claims it risked worker health.

On April 29, Bray resigned from his high-level position in the firm, writing on his website, “I quit in dismay at Amazon firing whistleblowers who were making noise about warehouse employees frightened of COVID-19.”

Before her firing on April 11, Costa — who joined Amazon in 2002 — had risen to become the company’s principal user-experience designer, before which she held that top design position for Amazon subsidiaries Alexa and Amazon Go.

“Amazon has really failed horribly in protecting their workers, despite the fact that they are using their huge PR megaphone to try to convince the world they are doing an absolutely fantastic job,” Costa said Thursday, acknowledging that entirely new work and safety protocols are tough to roll out in any major operation. “How can you expect to keep production running full-throttle and keep shipping non-essential items, and at the same time keep workers safe?

“It’s just not possible, and they knew it … They were really putting profit ahead of people.

Costa, who lives in Seattle, alleged that the tech giant refused to make “any substantial safety measures” until pressured by its own workers “standing up, speaking up, walking out and, ultimately, getting fired.”

She characterized the company's response to employees' concerns as: “firing, silencing and censorship.”

But Amazon, on its corporate blog, touted that health initiatives during the pandemic include increasing existing health benefits to allow two weeks of paid sick leave for any employee with COVID-19, as well as sending 100 million masks to work sites, adding nearly 6,000 janitors to its staff for “enhanced cleaning” and spending US$85 million “redeploying” employees as “social distancing ambassadors” to take co-workers’ temperatures and encourage two-metre spacing at work.

Costa and Bray agreed that the company had fallen far short in targeting what both called “whistleblower” workers during COVID-19.

“Large companies always have a message, and they tend to be very good at staying on the message,” Bray said from his home in Vancouver. “Amazon has pushed back very hard against the proposition they’re doing anything less than perfect in the warehouse.

“They just fired everybody involved … It seemed malevolent and stupid, and I just couldn’t go on.”

Despite that, Costa said Bezos had "some blind spots" when it comes to the climate crisis and that even though he eventually went to scientists on staff to understand "what was actually going on" he had too rosy a picture of the crisis.

"I think he wants to believe that we can maintain the same level of production and profit and expansion and growth and have a liveable planet," Costa said. "But he’s counting on terraforming other planets and colonies in space and I don’t think we have time for that, I don’t think that’s going to be up and running in time."

“I think he didn’t have as much a sense of the urgency," said Costa who during her time there helped start Amazon Employees for Climate Justice.

Costa says Amazon could, and should, be transparent about its climate impact.

"I would wish that every product on Amazon had a carbon footprint rating," she said, "There should be the equivalent of a LEED standard for vendors and products. I think if customers knew the full price they were actually paying, they would make different choices." That standard could let customers know how far their product is coming from, if the vendors they're buying from treat their workers ethically, and if they use ecological packaging.

Costa said that type of initiative is doable, but she says there is little motivation for Bezos and his company to get behind it. "You know he won’t really be in trouble he has his spheres, his bio-domes set up and he’s a billionaire, he has his shelter ready, so I think there is a lack of empathy."

Amazon a symptom of a larger societal problem

Amazon, which owns Whole Foods, Audible, Prime Video and soon a planned “constellation” of 3,000 satellites, has nearly a million employees and revenues last year of almost US$400 billion. That makes Amazon the world's second-largest retailer, after Walmart. Forbes ranks its CEO, Jeff Bezos, as the world’s wealthiest person, estimating he’s worth US$200 billion.

“Amazon is so big, the scale is hard to imagine unless you’ve been there,” Bray said. If the company were actually a country, it would rank 30th among the top states by gross domestic product, according to the World Bank — on par with Norway, Ireland or Hong Kong.

But Bray said he doesn’t believe the root of the problem protecting whistleblowers or workers’ health and safety lies solely with his former employer, but rather a systemic problem with corporations.

“Amazon is a symptom of a problem,” he said. “What we have is a deep societal problem with an unacceptable imbalance of power and wealth that has been building steadily since the 1970s … and a regulatory framework that allows warehouse workers to be treated poorly.”

He said the COVID-19 pandemic has merely revealed the underlying systemic gaps that were there all along at major corporations. Not just on workers’ health and safety or labour rights, either, he said, but on another issue dear to his heart: climate change.

He recalled getting into a heated discussion with a senior vice-president above him about the urgency of climate action, but was told, “What you say makes a point, but that’s not my job. My job is to make Amazon Web Services run more efficiently.”

He said it’s not adequate to expect companies to “play nice” on issues like carbon emissions or labour rights. It must be legislated and enforced on all players on the field.

Bezos’s did a famous about-face on climate over the past year — having previously funnelled money to anti-environmental causes and campaigns, offered tech support for oil and gas exploration and admitted Amazon's own operations emit 44 million tonnes of CO2 a year — and then announce the US$10 billion in donations to climate organizations and science. Just months earlier, he’d pledged Amazon would become carbon-neutral by 2040 and order 100,000 electric delivery trucks.

The problems that saw the showdown and walkouts by Amazon employees over COVID-19 safety, as well as finally ceding to massive employee pressure over climate change, reveal something wrong “across the whole economy” — and how we as consumers think about it, Bray told attendees of the conversation with Canada’s National Observer.

Costa says Bezos' empathy has a reverse correlation with his increasing wealth. "He used to be on the floor with employees and go to the fulfillment centers at the Christmas rush and stand shoulder-to-shoulder with warehouse workers. That's so far in the past at this point."

“Telling Amazon or big companies to play nice just isn’t going to do it,” Bray said. “That’s why we need legislation and regulation to set the rules — so they don’t have the option of ignoring this problem.

“Who could possibly be against low prices, wide selection and fast delivery? Yeah — but what’s the cost?”

This live interview is part of Linda Solomon Wood's Conversations series, sponsored by Canada's National Observer and featuring topics around COVID-19, the economy, politics and climate change. To watch more Conversations, head over to our YouTube channel. To stay up to date on upcoming interviews, subscribe here.