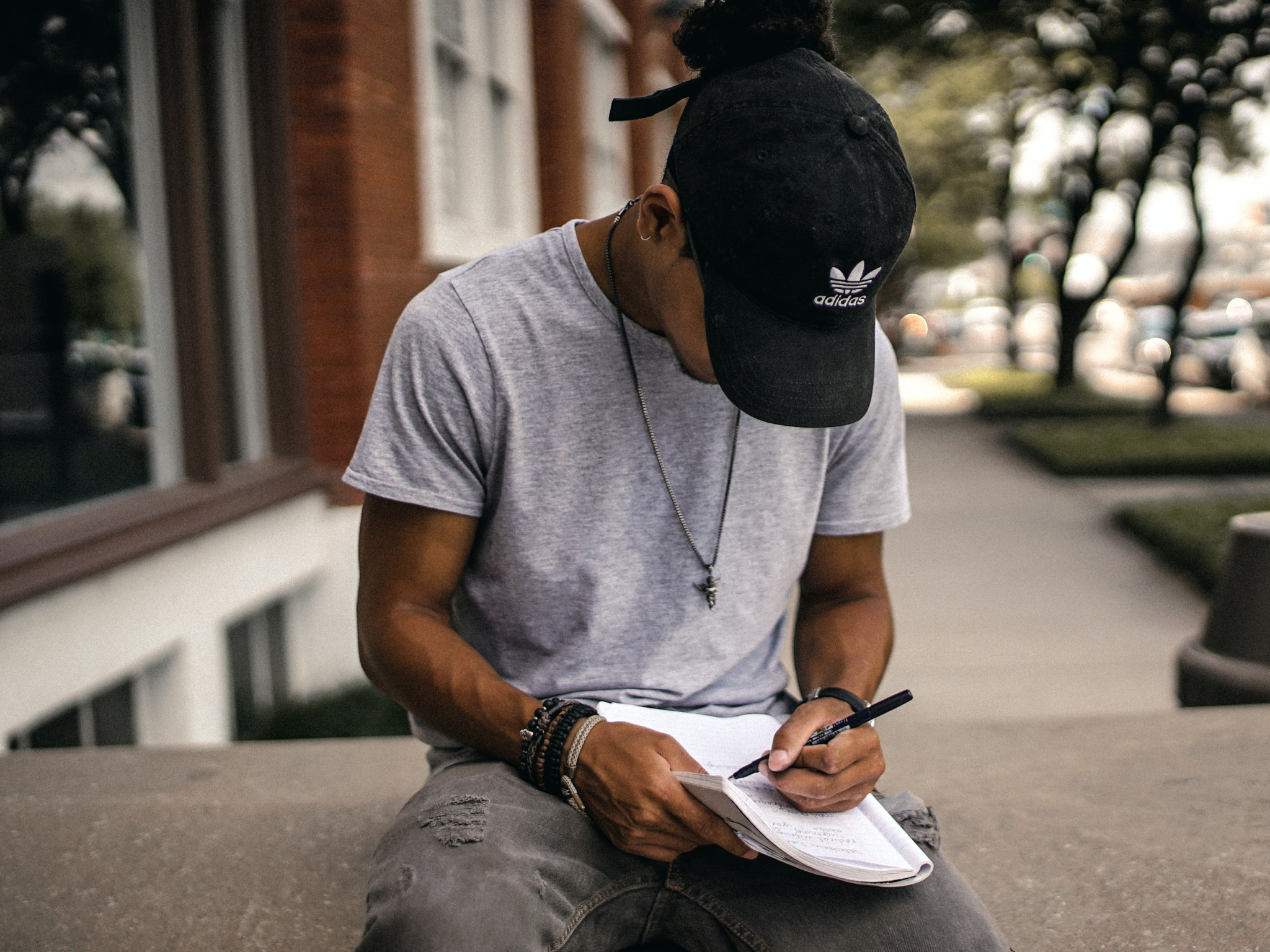 Black students, especially boys, are much more likely to be pushed out of school or directed away from university in a process these education experts say can begin in elementary school and involves teachers and administrators who underestimate or even fear them.

With the COVID-19 pandemic exposing North America’s systemic racism then made visceral by Floyd’s killing, the questions for schools are the big and dark ones of our time: How does education exacerbate social and racial inequality and inequity, and what should we do about it?

“The things Black kids are suspended for, white kids do every day and get away with it,” said Ann Lopez, a professor who teaches and researches educational leadership at University of Toronto’s Ontario Institute for Studies in Education (OISE).

In 2017, the Toronto District School Board (TDSB), the largest and most diverse school board in Canada, said Black boys accounted for almost half of all students it expelled between 2011-12 and 2015-16.

Race-based data is only just starting to be collected by other school boards around the Greater Toronto Area, where Black students, parents and educators report many of the same issues and concerns.

Another 2017 study found that roughly four in 10 Black students in Toronto were enrolled in applied programs, which typically do not include prerequisites for future graduate study, compared to 18 per cent of other racialized groups and 16 per cent of white students.

A similar portion of all Black students have been suspended at least once by the time they finish high school, the study found.

“If a Black kid does something wrong, they are not lovingly redirected, they are punished, taken out of the classroom,” Lopez said, pointing out mostly white teachers often come from “different social locations” and do not acknowledge or account for that.

Critics says Ontario's education system still has long way to go in dismantling systemic racism, and they have some suggestions for what to do about it

'Time is now for action'

The TDSB says it is actively working to break down the systemic barriers to Black success in its schools.

On Wednesday night, the TDSB’s trustees unanimously agreed to establish a centre that would employ some 20 staff (including a social worker, child and youth counsellor and five graduation coaches) to support Black students and work to eradicate the racism they face.

Education Minister Stephen Lecce will meanwhile send in a supervisor to take over management of Peel District School Board, which oversees schools in Brampton, Mississauga and Caledon, he said on Thursday.

Its trustees requested the move at their Wednesday night board meeting following a scathing report found it unable and unwilling to address systemic racism at the board level and in its schools.

“The time is now for action,” Lecce said at a virtual news conference on Thursday. “We cannot wait, we will not wait, we will act swiftly and boldly in Peel, and to be frank provincewide, to ensure that we counter the very real issue of discrimination that is manifested in schools and within our society here in Ontario.”

Lopez wants to see a provincewide review of how discipline is applied in schools, as well as an increased focus on Black contributions to society across the curriculum.

“The absence of that knowledge, of history, of the contributions of Black people to math and science means Black students do not get to know their history and see themselves in the curriculum,” she said. “And non-Black folk leave school believing Black people didn’t contribute to society much.”

She says boards and schools should be looking at a range of measures, including inventories of what books are in their libraries and what is being taught, the diversity of staff and school councils, and whether their scheduling allows Black families to participate in school-related events, such as school council.

Lack of diversity among teachers

The teachers who Lopez talks about coming from a different place are part of an overwhelmingly white workforce, and so do not experience the embedded racism of a system built on the enslavement of Black people and dispossession of Indigenous land.

They’re mostly white because anti-bias hiring practices “effectively remove the necessity of acknowledging and troubling the centrality of race in teacher hiring,” Zuhra Abawi wrote in her 2018 doctoral thesis at OISE’s Graduate Department of Social Justice Education on Ontario’s lack of teacher diversity.

It means mostly white administrators are hiring most white teachers, creating and implementing curriculum and policy for an increasingly diverse set of communities.

Fewer than 10 per cent of Ontario’s teachers and school counsellors identified as a member of a visible minority in 2006, compared to almost 23 per cent of the general population, according to a 2009 report by academics from OISE and the University of Western Ontario.

The report, "Teacher Diversity in Canada: Leaky Pipelines, Bottlenecks, and Glass Ceilings," found that 18.6 per cent of Toronto's education labour force were teachers of colour that year in a city that was 42.4 per cent non-white.

For Abawi, addressing that disconnect would include making it tougher to become a principal or a guidance counsellor — positions that both have significant influence over whether a student graduates to university or a trade, barely survives high school, or drops out — and would include anti-oppression and equity training in that accreditation work.

“I have my guidance qualification,” said Abawi, a fifth-grade teacher with the Peel District School Board. “I don’t feel that is sufficient enough to be in the position to make decisions about a child’s future.”

Black teachers report they are often passed over for promotions or denied permanent status, which adds to their economic precariousness, while parents find it difficult to get their concerns heard.

Nigel Barriffe, an executive with the Elementary Teachers’ Federation of Ontario local representing 11,000 TDSB educators, said it would be generous to call the TDSB incompetent in its response to parents and others worried about racism, citing two recent examples.

In one, the board apologized for its botched response to an anonymous racist note targeting Black educators and parents at a Parkdale school, while Barriffe said a similar lack of attention had been paid to parents raising concerns about discipline targeting students of colour at the Island Public School.

“They sent the principal, then the superintendent, the deputy superintendent, director (of education) letters and emails requesting a meeting and they didn’t respond,” he said.

The board said it was the first they'd heard of it.

“The information shared by Mr. Barriffe regarding any race-related discipline concerns being raised at the Island Public School has not been previously shared with us,” TDSB spokesperson Ryan Bird said in a statement. “If there are such concerns, we would absolutely want to address those concerns as soon as possible and would also hope Mr. Barriffe would share them directly with us so we may work together to serve our students.”

Abawi, meanwhile, is herself still not a permanent employee of the Peel school district, and wonders what boards would find if they compared race-based data with the permanent-contract split.

“It’s really frustrating because I have more education and qualifications than all the principals I’ve ever worked with,” she said, adding that lack of opportunity is a common refrain among her colleagues of colour.

In the classroom, Abawi said the curriculum struggles to acknowledge education’s relationship to the settler-colonialism underpinnings of Canada’s state and society. This creates distinct but intertwined obstacles to best serving both Black and Indigenous peoples.

“Why are we erasing Indigenous stories and perspectives from our curriculum?” she asks rhetorically. “Why are we saying there was some fighting but everything worked itself out in the end?”

Lopez and others who’ve been working for years to make education more equitable hope the momentum for social change surging in the wake of the pandemic and recent anti-racism protests can be turned into concrete action.

Advocates want authorities to keep track of data on the disciplining of Black students and set targets to lower that rate, work to get more Black students on pathways to higher education and more Black teachers into the profession, and create the space for working teachers, principals and superintendents to break biases and reframe their educational approach.

“COVID-19 has shown us it is possible for us to reimagine,” said ETFO's Barriffe. “We are at a moment of reckoning. We’re acutely focused on the police, but the other institutions like education, justice, housing, all of those are intertwined, they’re interlocked with each other,” he said.

“I pray that it can turn into the kind of change that we need.”

Editor’s note: This article was updated at 9:45 p.m. on June 18, 2020 to include TDSB response regarding Island Public School.