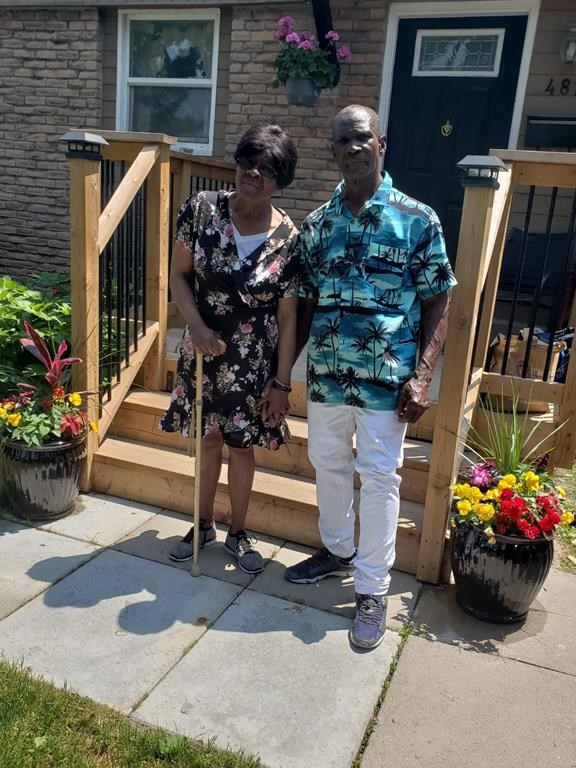 Livingston and Pamelia Jeffers are seen in an undated handout photo.
Previous story
Next story

Legal and privacy experts have a unified message for Canadians leery of facing threats or consequences for filming police interactions with the public — the law is on your side.

Canadians have every right to capture footage of police on the job, they said, so long as shooting those images does not interfere with an active investigation. Any force that responds to such footage with threats of cellphone seizures or criminal charges, they said, risks overstepping police authority.

Scrutiny of citizen-filmed footage of police interactions has ramped up in recent weeks, following the death of a black man in Minneapolis at the hands of a white police officer — an incident that was captured on cellphone video and triggered massive anti-racism protests in the U.S., Canada and around the world.

The most recent such allegation to surface in Canada involved an elderly black couple who allege police east of Toronto brutally beat them while they were trying to leave a local hospital. Part of the 2018 interaction was captured on a cellphone video that appears to show an officer punching a man as he lies on the ground.

The witness who shot the video alleges members of Durham Regional Police said he could face charges if he did not delete the footage and watched him wipe the roughly 30-second clip from his phone, though only after it had been sent to the couple's grandson. Durham Regional Police did not immediately respond to questions around the witness's allegations, though acknowledged footage shot in the public domain generally belongs to the one who captured the images.

David Fraser, a Halifax-based privacy lawyer with McInnes Cooper, said the unproven allegations would represent a clear violation if true.

"They (police) don't actually have any lawful authority to do that," he said of police. "And they actually seldom have any real leverage to do that either."

Corey Rainford, the man behind the camera on Oct. 30, 2018, said he felt a mix of confidence in his rights and intimidation the night he captured the interaction between Durham police and Livingston and Pamelia Jeffers.

The interaction, which was the subject of a complaint filed to the Ontario Independent Police Review Director, took place after hospital staff tried to prevent the couple from leaving the premises. The OIPRD probe, led by a police officer from a neighbouring force, concluded that while an officer delivered "four elbow strikes" to Livingston Jeffers' head, any allegations of wrong-doing were "unsubstantiated."

The Jeffers's have asked the OIPRD to review the finding and launched a civil complaint related to the interaction. Durham police, citing both active cases, declined to offer further comment.

Legal and privacy experts have a unified message for Canadians leery of facing threats or consequences for filming police interactions with the public — the law is on your side.

Rainford, who said he's gotten into the habit of filming police interactions whenever he comes across them, said he was later approached by both Durham police and hospital staff alleging his footage violated patient confidentiality and could result in charges including trespassing.

He said he was ordered to delete the footage, a request he complied with so as to avoid further tension, but defended his decision to shoot the video.

"It's one of my rights that I'm allowed to record anything," Rainford said. "It was not right."

Fraser said matters become murkier when such interactions play out on private property, where he said businesses can impose in-house restrictions as to what can take place on the premises.

Hospitals, for instance, often have internal rules preventing people from taking photos that could inadvertently include patients who hadn't given consent. But Fraser said experiences like Rainford's still can't be framed as either a criminal act or a privacy violation.

"If any law was engaged, it was the law of trespass and not the law related to somebody's privacy," he said.

She said numerous court decisions, disciplinary findings and other legal matters have clearly established the rules, noting that it's well understood among police that being filmed while on the job is fair game.

"Police should expect to be filmed," she said. "This is now part-and-parcel of the sometimes difficult job that they are asked to do on behalf of the public."

Tamir Israel, staff lawyer with the Samuelson-Glushko Canadian Internet Policy & Public Interest Clinic, said he believes the right to hold police accountable for their actions is protected by the Canadian Constitution.

"We have seen recently how powerfully important it is to make sure police remain accountable to the public," he said. "Demanding the deletion of bystander footage is not generally consistent with police accountability, and only serves to undermine public trust."

Israel said such actions, along with demands to hand over footage on the grounds that it could constitute evidence in an active case, also highlight the power imbalance between police and the public during potentially volatile situations.

Fraser agreed, noting that while citizens have every right to refuse to comply with police demands they may feel unable to do so during a heated moment.

If asked to hand over his phone, for instance, Fraser said he would refuse to divulge the unlocking code, give police his card and agree to provide the requested footage later on.

"But I'm a middle-aged, white lawyer, and that carries a lot of privilege," he said. "If you're a 14-year-old black kid taking video of police beating up your friend, you're probably not in the same position to tell them to go pound sand."

Demanding deletion of footage or handing over of phones to hide police wrongdoing should be made a criminal offense. Convicted cops would be off the force.