Latvia-bound troops turn around, return to Canada due to COVID-19 scare 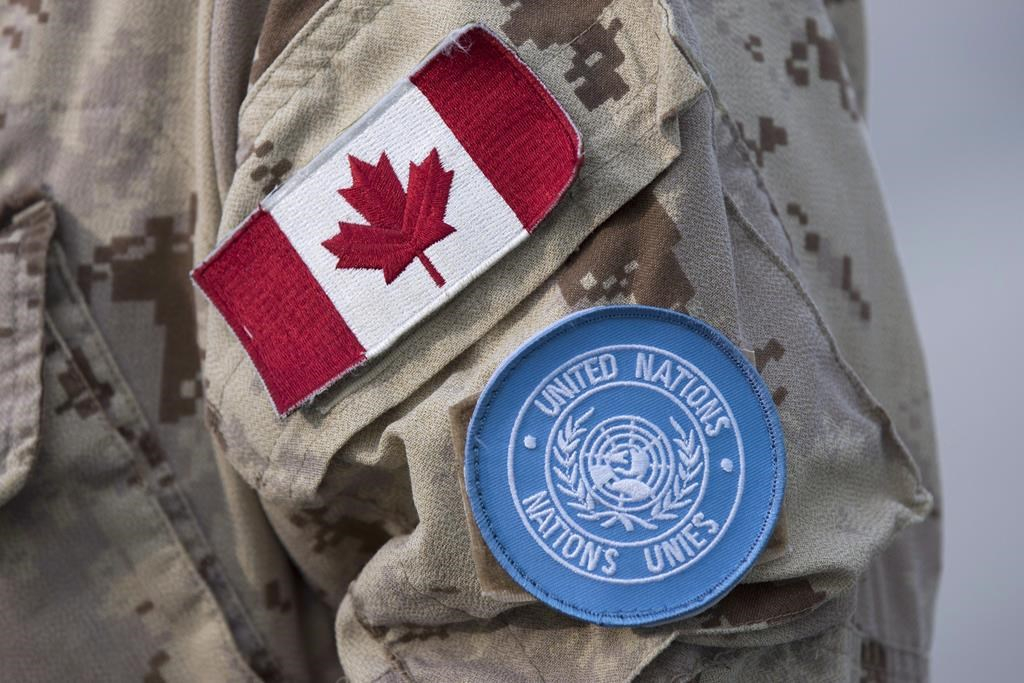 Canadian flag and the UN flag is shown on the sleeve of a Canadian soldier's uniform before boarding a plane at CFB Trenton in Trenton, Ont., on July 5, 2018. File photo by The Canadian Press/Lars Hagberg
Previous story

A military plane carrying Canadian troops to Latvia was forced to turn around and return home because of concerns those on board might have been exposed to COVID-19.

The Polaris aircraft carrying about 70 military members and aircrew took off from Canadian Forces Base Trenton on July 2 after those on board had spent two weeks in quarantine at the Ontario base, Defence Department spokeswoman Jessical Lamirande said.

All military personnel deploying on overseas missions are required to undergo such quarantine measures as the Canadian Armed Forces has implemented strict measures to ensure troops do not carry COVID-19 to another country or spread the respiratory illness among their unit.

Yet despite those precautions, the plane was forced to turn around in midair after the military received word that someone at CFB Trenton who may have come in contact with the plane and passengers had tested positive for the illness.

"The health and well-being of our members and that of our allies and partners in Latvia is a priority," Lamirande said in a statement. "As such, the decision was made to return the aircraft en route — rather than land in Latvia — to avoid the possible risk of spreading the disease."

Those on board will now have to undergo another 14 days in isolation at the base before resuming their mission, though Lamirande played down any potential impact the delay would have on Canada's mission in Latvia.

Canada has 540 troops in Latvia, where they form the core of a 1,500-strong multinational battlegroup established by the NATO military alliance three years ago. Similar battlegroups led by Britain, Germany and the U.S. have been established in Estonia, Lithuania and Poland, respectively.

The battlegroups were created after Russia annexed Crimea from Ukraine in 2014 and began to support separatist forces in Ukraine's eastern regions. That sparked concerns the Kremlin could launch similar efforts against the Baltics and other parts of eastern Europe.

The battlegroups are designed to defend against a Russian invasion, but their small size means they would almost certainly be overwhelmed in a real war. Instead, their main utility is to deter against Russian aggression, with the idea that an attack on one would draw in all of NATO.

The arrival of the 70 Canadian soldiers in Latvia was to mark the start of a rotation of troops, which the Armed Forces has decided will go ahead despite concerns about the pandemic.

Another group of soldiers deploying to the Middle East as part of a similar rotation of Canada's mission against the Islamic State of Iraq and the Levant. Lamirande said that deployment was not affected by the COVID-19 scare.

A military plane carrying Canadian troops to Latvia was forced to turn around and return home because of concerns those on board might have been exposed to COVID-19.

This report by The Canadian Press was first published July 5, 2020.

By Lee Berthiaume | News, Politics | May 11th 2020
Coronavirus in Canada