When kids have no social lives 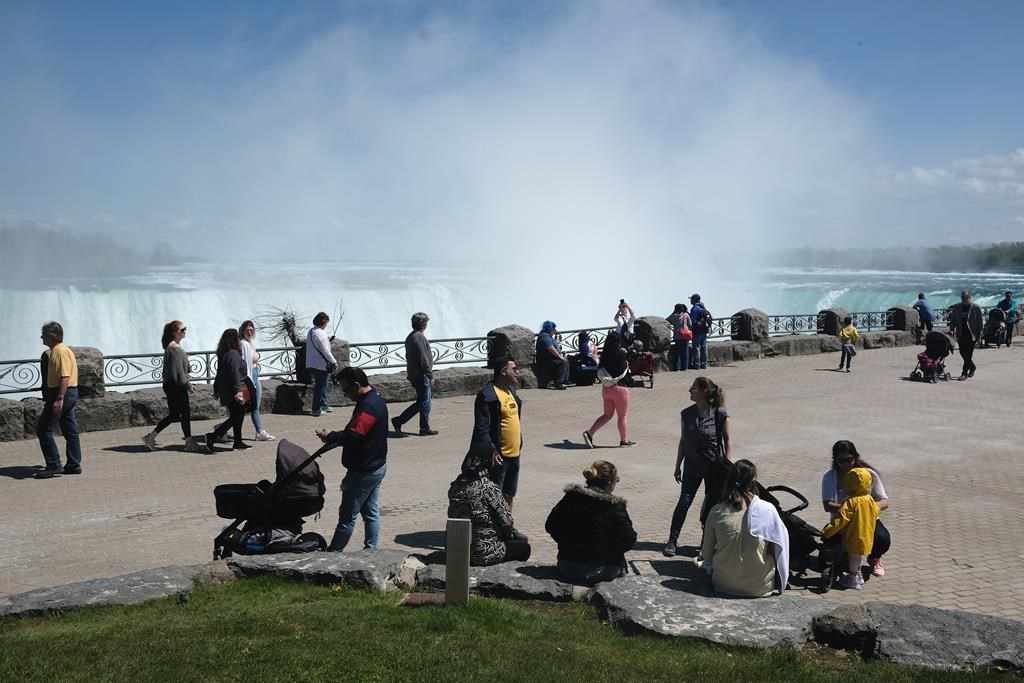 Families walk along the promenade in front of Niagara Falls, in Niagara Falls, Ont., on May 16, 2020. File photo by The Canadian Press/Giordano Ciampini
Previous story

A crowdsourced survey of Canadian parents suggests that nearly three-quarters of participants are concerned about their children's social lives during the pandemic.

An expert says the Statistics Canada report published Thursday offers a glimpse into the challenges children and parents are facing because of COVID-19, and those pressures will only intensify as the start of the school year nears.

More than 32,000 Canadians with kids up to age 14 voluntarily filled out an online questionnaire about parenting during the pandemic between June 9 and June 22, according to Statistics Canada.

Unlike most of the agency's studies, the survey wasn't randomly sampled, so it reflects the views of the respondents but isn't statistically representative of Canada's population.

The results suggest that 71 per cent of participants are very or extremely concerned about their children's opportunities to socialize with friends, and more than half are really worried about their kids being lonely or socially isolated.

Balancing the demands of childcare, schooling and work was a chief concern for the parents surveyed, with three in four participants saying the issue weighs heavily on their minds.

Nearly two-thirds of parents said they are very or extremely concerned about managing their children's behaviours, emotions and anxiety.

Some parents also seem to be struggling to keep their own emotions in check. More than half of respondents reported concerns about losing their patience, raising their voice and scolding or yelling at their children.

The report suggests many caregivers are turning to technology to help fill the hours, given that there are so few options to keep kids occupied, particularly for parents who need time to work.

Almost two-thirds of parents reported being very concerned about the amount of time their children are spending in front of screens. Nine in ten respondents said their kids use digital devices daily or almost daily, according to the survey.

Approximately 60 per cent of parents said they're rounding out their kids' schedules with physical activity or reading almost every day.

A crowdsourced survey of Canadian parents suggests that nearly three-quarters of participants are concerned about their children's social lives during the pandemic.

The responses indicate that some parents are also having a hard time looking after themselves. Forty-three per cent of participants said they're very worried about staying connected with family and friends, while 37 per cent are concerned about getting along and supporting each other.

Toula Kourgiantakis, a family therapist and associate professor at University of Toronto's school of social work, said the survey captures only a sliver of the pandemic's far-reaching effects on Canadian families.

"I worry about not just what we're seeing right at this moment, but the effects that we're going to see in six months, one year," said Kourgiantakis.

"It's affecting (parents) on so many levels. And there are some families that are feeling it more than other families."

Statistics Canada says a large proportion of the survey's participants were women who were born in Canada and had a bachelor's degree or higher.

On top of juggling professional, educational and caregiving duties, many families are dealing with the added stress of financial losses, health issues and learning or behavioural challenges, said Kourgiantakis.

Essential workers face the additional hurdle of finding childcare when they're on the job, while single parents have to shoulder all of these burdens by themselves, she said.

"It just is not sustainable for families to continue like this," she said.

"We don't know what is going to happen in September and how families are going to navigate that if kids are not in school full-time."

As many school boards drag their heels on back-to-school plans, more parents are confronting the possibility that they'll be called back to the office before classrooms fully reopen, Kourgiantakis said.

She said government officials need to provide a comprehensive framework to support parents in such scenarios or risk setting back the next generation of children.

"There needs to be a very clear plan ... so that it isn't expected that families are going to be trying to do their jobs while also having kids in the background," said Kourgiantakis.

"I'm hoping that plan is not going to come on Labour Day weekend."