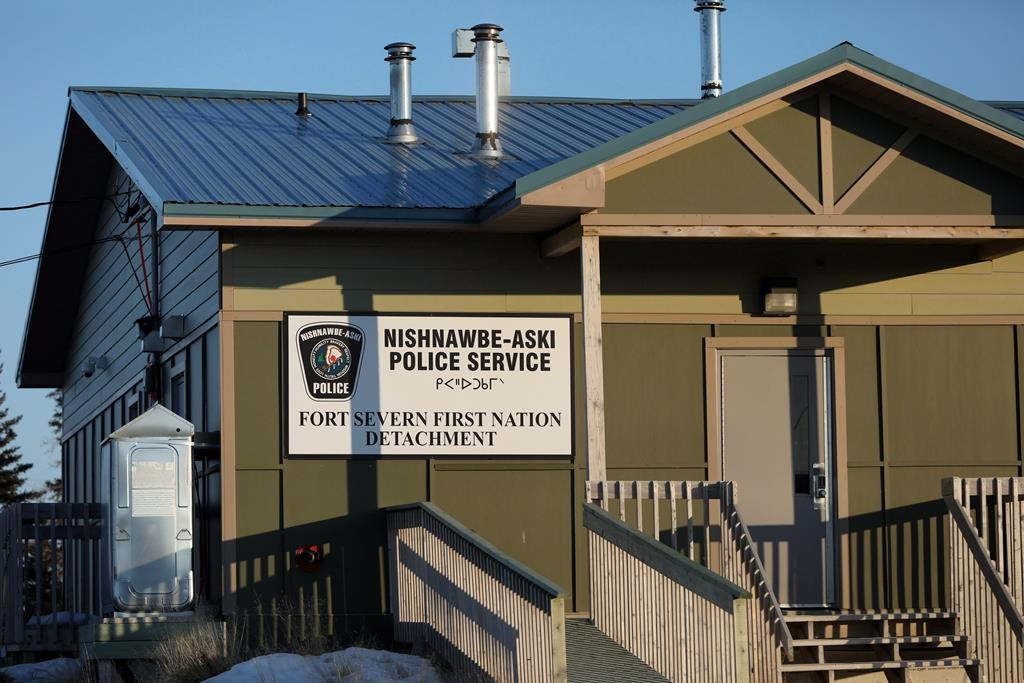 In its 26 years of existence, officers with Canada's largest Indigenous police force have never shot and killed anyone and no officer has died in the line of duty, despite a grinding lack of resources and an absence of normal accountability mechanisms.

It's a record of which the Nishnawbe Aski Police Service is proud, especially in light of the recent uproar in North America over police killings and brutality involving Indigenous, Black, and mentally distressed people. It's a record achieved in communities frequently in social distress, places where hunting rifles and shotguns are ubiquitous.

The key difference from urban, non-Indigenous policing, insiders and observers say, is the relationship building between officers and the people they serve.

"In the past, you might have been the only officer in there," Roland Morrison, chief of NAPS says from Thunder Bay, Ont. "You would have no radio, you've got no backup, so you really effectively have to use your communication and talk to people. You have to develop relationships with the communities in order to have positive policing."

Inaugurated in 1994, NAPS is responsible for policing more than 38,000 people in 34 communities, many beyond remote, across a vast, largely untamed swath of northern Ontario. Currently the service has 203 officers, about 60 per cent of them Indigenous, Morrison says. Its mandate is culturally responsive policing.

Erick Laming, a criminology PhD candidate at the University of Toronto, says people from First Nation communities — many with an ingrained suspicion of police given the brutal realities of generations of enforced residential school attendance — have a higher level of trust when officers are Indigenous.

In contrast, he said, new RCMP recruits with no such background might find themselves in Nunavut or Yukon confronted with significant language and cultural barriers.

"If you're from the community, you have those lived experiences. You can relate to people. You just know how to deal with the issues," says Laming, who is from the Shabot Obaadjiwan First Nation north of Kingston, Ont.

"If you don't have that history, you can have all the cultural-sensitivity training in the world, you'll never fully be able to fully integrate into that situation."

The key difference from urban, non-Indigenous policing, insiders and observers say, is the relationship building between officers and the people they serve.

Another example, he said, is the service in Kahnawake, Que., which calls itself the Kahnawake Peacekeepers rather than a police force.

While all officers in Ontario undergo the same basic training, the province's nine Indigenous police services are fundamentally different from their non-Indigenous counterparts.

For one thing, they are not deemed an essential service, although federal Public Safety Minister Bill Blair said last month that policing First Nations communities should be. Nor are those in Ontario subject to the provincial Police Services Act, which mandates standards, including for an extensive oversight framework.

Now, the process for filing complaints against members of an Indigenous police force is ad hoc, although NAPS does have a professional standards branch and will on occasion call in Ontario Provincial Police. Officers have been disciplined, charged or even fired for excessive use of force.

Another difference is that Indigenous forces are completely reliant on the vagaries of government program funding — with Ottawa footing 52 per cent of the bill and provinces 48 per cent. The current operations budget for NAPS, for example, is around $37.7 million — more than its peers — with expenses approaching $40 million.

The upshot, particularly in years gone by, has been a dire shortage of officers and even of basic facilities and equipment that urbanites can scarcely imagine. In more than a dozen cases, Indigenous self-administered police services in Canada have simply folded.

Now retired, Terry Armstrong, who spent 22 years with Ontario Provincial Police as well as five years as chief of NAPS, says people would be shocked to find out just how poorly funded First Nations policing has been.

Armstrong recounts how a few years ago, in the Hudson Bay community of Fort Severn, Ont., a NAPS officer found himself dealing with a homicide. Besides having to secure three crime scenes and the body, the lone officer had to arrest the suspect and deal with a separate gun call. Bad weather prevented any forensic or other help flying in until the following day.

One thing he always stressed to newcomers as chief, Armstrong says, is the importance of treating people respectfully.

One frigid afternoon in February 2013, the only on-duty NAPS officer in Kasabonika Lake First Nation in Ontario's far north detained Lena Anderson, an intoxicated young mother upset over the apprehension of her daughter. The new detachment portable was unheated. The old holding cell was unusable because prisoners could escape through holes in the floor.

The arresting officer left Anderson, 23, in the caged back seat of his Ford 150 police truck for warmth while he went to get help from his off-duty colleague. Alone for 16 minutes, Anderson strangled herself.

The tragedy, combined with a threatened strike over working conditions by NAPS officers, caused an uproar. The situation, says Grand Chief Alvin Fiddler, prompted his Nishnawbe Aski Nation to take a stand. Governments, he said, had to do better or face the far more daunting prospect of doing the policing themselves.

As a result, Fiddler says, a new funding agreement was reached in 2018 that allowed the hiring of 79 new officers over five years and critical infrastructure upgrades to detachments and poor or non-existent communication systems. Most importantly, he said, the deal set in motion pending Ontario legislation that would finally allow First Nations police services to opt in to the Police Services Act, putting in place solid standards and accountability mechanisms.

"That's something our communities and citizens deserve." Fiddler says. "If they have an issue with NAPS, there should be a forum for them to pursue their grievance."

However, giving investigative authority to the province's Special Investigations Unit or Office of the Independent Police Review Director must come with cultural safety built in, he says.

Stephen Leach, current review director, says his office is not yet involved in the opt-in process.

"My expectation is that once the Community Safety and Policing Act is proclaimed and the opt-in process is further along, then I would be involved in explaining how the public complaints process works, and listening to how it might have to be adapted to meet the needs of First Nations communities," Leach says.

Stephen Warner, a spokesman for Ontario Solicitor General Sylvia Jones, confirmed the government was working on regulations to the new act. Part of the work, he said, was to set clear and consistent standards for policing delivery "informed by, and responsive to, the views of the communities that police are both a part of and serve."

Toronto-based lawyer Julian Falconer calls the new legislation a game changer. Despite having devoted much of his career to holding police accountable, he says he has no qualms in representing NAPS.

Despite, or perhaps because of, their chronic lack of resources, Falconer says Indigenous police behave much differently from their urban counterparts. He cites the dearth of police killings and racist behaviours that have sown deep mistrust of policing among Indigenous, Black and marginalized groups.

"Mainstream policing has a lot to learn from Indigenous policing," Falconer said. "The relationship between community and policing is so dramatically different."