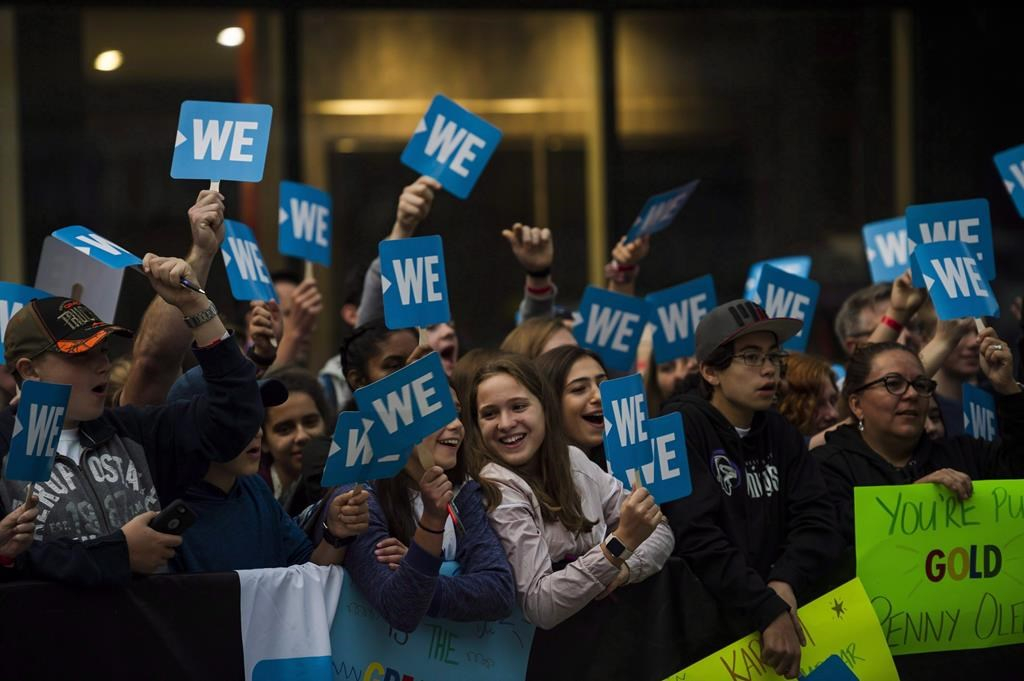 A crowd gathers before the WE Day red carpet in Toronto, on Thursday, September 20, 2018. File photo by The Canadian Press/Christopher Katsarov
Previous story

WE Charity is restructuring its operations weeks after its sole-sourced contract with the government shone a spotlight on the organization at the centre of an ethics investigation of the prime minister.

The charity says it will return to its roots by prioritizing international development work focused on children and their families.

But after 25 years of rapid growth, WE Charity says its structure is too complicated and needs to be more transparent.

A formal review will be conducted by experts Korn Ferry to streamline its operations and clearly separate the social enterprise from the charitable entities. The firm will also review the board of directors for diversity, inclusion and independence.

A chief risk and compliance officer independent from management will be hired to oversee all risk management, regulatory and governance compliance.

Avis Glaze, an international leader in the field of education, and McCarthy Tetrault LLP will conduct a workplace review.

David Onley, the former lieutenant governor of Ontario, will join become an executive adviser to provide advice on the transformation and implement Korn Ferry's recommendations.

"By making these changes within our organization, WE can move forward to the next 25 years of impact focused on what matters most: the communities and youth we serve," it said in a news release.

Federal ethics commissioner Mario Dion is investigating Prime Minister Justin Trudeau for a potential conflict of interest after he failed to recuse himself from a decision to award a $900-million student-aid program to WE even though his mother, brother and wife received a combined $283,400 for a number of appearances at the organization's events.

Conservatives don't want to bring down Liberal government over WE