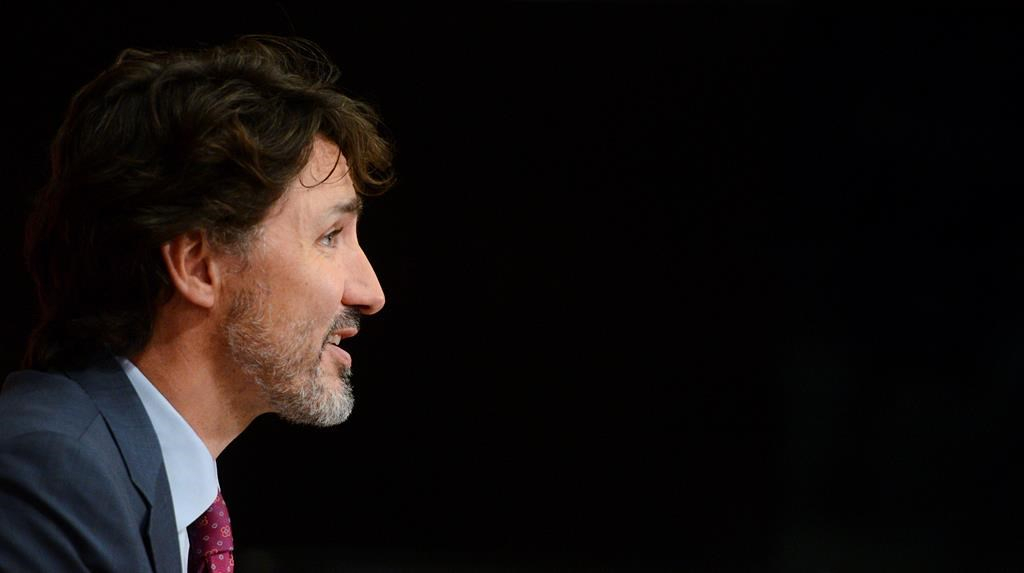 The federal, provincial and territorial governments have reached a deal on billions of dollars in transfers to continue reopening economies amid the COVID-19 pandemic, Prime Minister Justin Trudeau said Thursday.

He said the federal government will contribute $19 billion under the "Safe Restart Agreement" to help provinces fund things like child care, contact tracing and personal protective equipment. There is also money to bail out municipal governments that saw soaring expenses and plunging revenues during the pandemic.

Trudeau had promised $14 billion in early June, but several premiers said they needed more money and also resisted some of the conditions the federal Liberals wanted to put on the deal.

Ontario Premier Doug Ford was one who didn't like a federal demand that some of it fund up to 10 days of paid sick leave to discourage workers with precarious employment from going into work ill.

"This funding will support us as we get the economy going over the next six to eight months," Ford said Thursday. "My friends ... it's a great deal for Ontario."

"I think it's very important we have a national program, and the prime minister obviously agreed," he said in an interview with The Canadian Press.

"I think the important thing is that, as opposed to some past discussions where premiers were drawn away from supporting other premiers, the premiers stuck together and they stood for what they wanted and largely got it."

British Columbia's John Horgan said his province expects nearly $2 billion in transfers and emphasized the sick-leave program as a key move to make sure nobody feels pressured to go work sick.

The federal, provincial and territorial governments have reached a deal on billions of dollars in transfers to continue reopening economies amid the COVID-19 pandemic, Prime Minister Justin Trudeau said on Thursday, July 16, 2020.

Quebec's Francois Legault wanted the money to be transferred without conditions so provinces could use it on whatever they considered most important. He also didn't want the cash distributed purely by population, noting that Quebec had been hit harder by COVID-19 than other provinces.

Thursday, he echoed Pallister in saying that the premiers' sticking together got them a deal they like. He credited Saskatchewan's Scott Moe in convincing all the premiers to hold the line.

For Quebec, spending money on protective equipment from Quebec suppliers is a key example, he said.

Trudeau said the agreement outlines seven priority areas, with some room for the provinces to apply the money to their particular needs over the next six to eight months.

"The provinces agreed to invest in the targeted sectors," Trudeau said. "There are areas like support for vulnerable people where we will expect the provinces to declare publicly what they will do."

At his side, Deputy Prime Minister Chrystia Freeland added the agreement includes standards in certain areas, such as COVID-19 testing, in exchange for the federal money.

Trudeau said workers can't work if their children don't have safe care, and many can't get to their jobs if they don't have access to safe transit systems.

"Until we find a vaccine, the daily threat of COVID-19 will not disappear," he said.

Municipal governments, which deliver many of those services, have been begging for aid for months, warning their finances are careening toward brick walls. Many city revenue streams dried up during the pandemic, as recreational centres and programs closed, and transit riders stopped using buses and trains.

Toronto has reported that it's facing a $1.35-billion deficit this year. Mayor John Tory said the federal money will help, though how much depends on how the Ontario government allocates it. Transit in Toronto and its suburbs is critical and the systems' finances have been devastated by the pandemic, he said.

Montreal says it has a $500-million shortfall. Halifax expects to be short $85.4 million.

"If cities aren't equipped for a safe restart, people will not be safe," Trudeau said.

The Federation of Canadian Municipalities said it's encouraged but wants to see the fine print.

"We're optimistic this agreement will recognize the financial crisis municipalities face in this pandemic," said the federation's president Bill Karsten, a Halifax councillor. That means emergency funding that’s clearly identified and gets to municipal front lines fast — so we can keep vital services going strong and prepare to drive Canada’s economic recovery."

Nova Scotia Premier Stephen McNeil said in a statement that he welcomes a deal that will bring his province more than $250 million.

"Provinces have borne the full impact of COVID-19 and individuals and businesses across Nova Scotia will feel the impact for months to come," he said. "This funding will help to address those challenges."

He said the funding will help with:

Missing from the list is public education, which is administered by the provinces. Many provinces are struggling with how to reopen schools safely in the fall, and many parents won't be able to go back to work fully if children aren't physically in class.

This report by The Canadian Press was first published July 16, 2020.

—With files from Amy Smart in Vancouver, Steve Lambert in Winnipeg, Giuseppe Valiante in Montreal and Jordan Press in Ottawa

The federal gov't needs to

The federal gov't needs to take more than baby steps. B.C. will get $2 billion but the deficit is six times that:

B.C. forecasting 'staggering' $12.5B deficit due to COVID-19...
www.cbc.ca/news/canada/british-columbia/bc-economy...