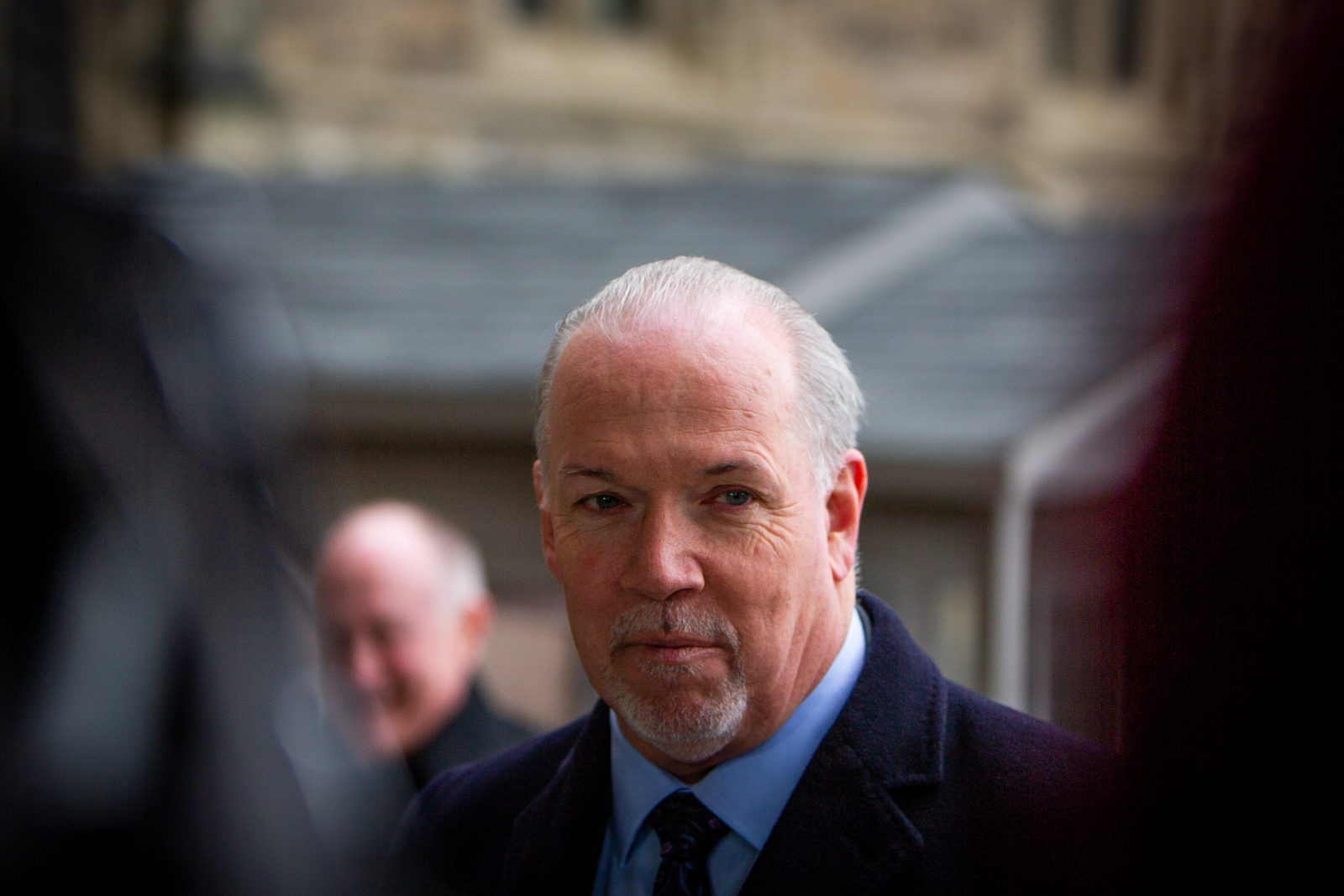 British Columbia's premier is urging Prime Minister Justin Trudeau to take an "enormous step" to reduce stigma associated with illicit drug use by decriminalizing possession for personal use.

In a letter sent Monday to the prime minister, John Horgan says people in B.C. are experiencing unprecedented rates of overdose-related harms, including deaths because of the toxic street drug supply.

The letter says criminal prohibitions are ineffective in deterring drug use and criminalization prevents people from seeking the help they need.

Horgan says he supports the recent call by Canada's police chiefs to decriminalize the possession of small amounts of illicit drugs for personal use as the best way to battle addiction.

He says his ministers will reach out to their federal counterparts to take further steps.

The BC Coroners Service said last week that a record 175 people died in June of illicit-drug overdoses, surpassing the previous record of 171 deaths just a month before.

A public health emergency was declared in 2016 and since then about 5,000 people in B.C. have died from illicit-drug overdoses, with many caused by the powerful opioid fentanyl.

"Behind these statistics lies a very personal tragedy," Horgan says. "We are losing our family members and our friends, our neighbours and our colleagues. We must do more."

Overdose continues to be the leading cause of unnatural death in B.C. and life expectancy at birth is declining in the province largely due to the overdose crisis, he says.

British Columbia's premier is urging Prime Minister Justin Trudeau to take an "enormous step" to reduce stigma associated with illicit drug use by decriminalizing possession for personal use.

By changing the Controlled Drugs and Substances Act to decriminalize possession for personal use, "the federal government would take an enormous step to reduce the systemic stigma associated with illicit drug use and support people to access the services that they need to stay safe and start their path to recovery," Horgan says.

No one from the federal government was immediately available for comment on Monday.

The Canadian Association of Chiefs of Police has proposed increasing access to health care, treatment and social services in order to divert people away from the criminal justice system, which would apply to those in possession of a small amount of illicit drugs for personal consumption.

It also called for the creation of a national task force to research drug policy reform that looked at the law that covers simple possession.

Association president and Vancouver Chief Const. Adam Palmer has said that the fentanyl crisis and a poisoned drug supply have devastated communities and taken thousands of lives across Canada.

"We recommend that enforcement for possession give way to an integrated health-focused approach that requires partnerships between police, health care and all levels of government.''

B.C.'s provincial health officer, Dr. Bonnie Henry, has also called for the decriminalization of people who possess small amounts of drugs, saying people use substances for many reasons.

This report by The Canadian Press was first published July 20, 2020.

More Ontario regions to start stage 3, but not Toronto — yet