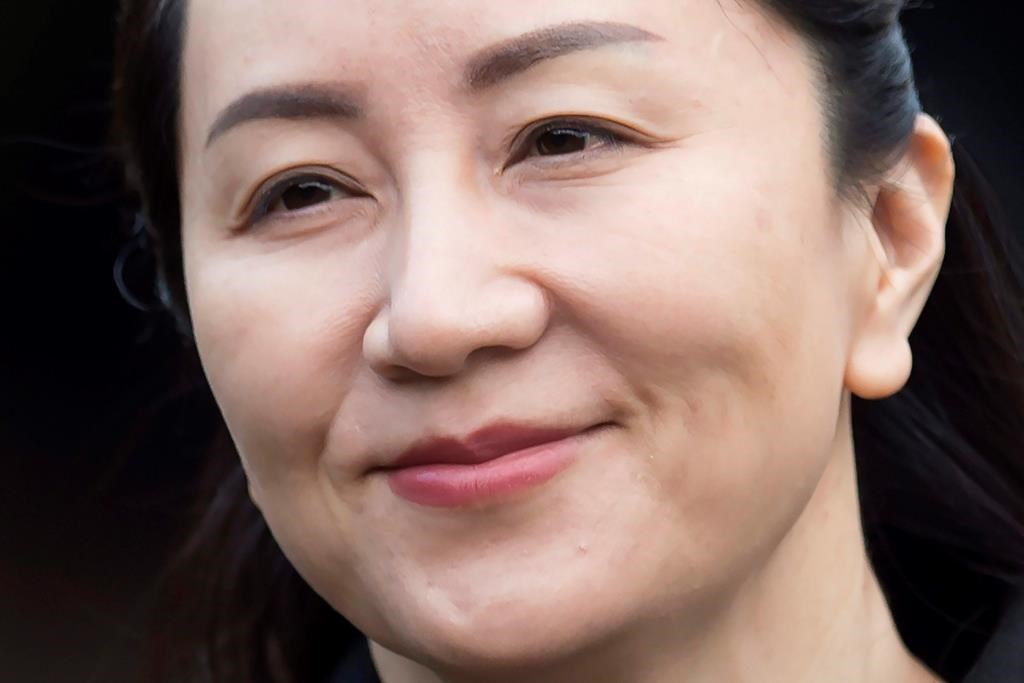 New court documents accuse the United States president of "poisoning" the extradition case against a Huawei executive being held in Canada.

An application to B.C. Supreme Court by Meng Wanzhou's lawyers says misconduct by Donald Trump and interference by other U.S. officials meet the clear standard to stay proceedings for abuse of process.

The documents say Trump has used Meng's case to further his trade negotiations with China and that he intends to use her as a "bargaining chip" in the dispute, which is unrelated to the charges against her.

"By using Canada’s extradition process to gain a strategic advantage in its dispute with China, the United States has undermined — and is undermining — the integrity of Canada’s judicial proceedings," the documents say.

Trump has linked resolution of the U.S. government's dealings with Huawei to a potential trade agreement with China. He has said he would consider Huawei's role in a trade deal at the final stage of negotiations, the court application says.

"This prior conduct shows the reasonableness of (Meng's) fear that he will intervene in her case, and the merit of her submission that his comments have already poisoned the extradition process."

As long as Meng is the subject of an extradition process in Canada, "she can continue to be used as a bargaining chip by the U.S.," the document says.

Meng is being held on an U.S. extradition request over allegations that she lied about Huawei's relationship with a telecommunications company in Iran, violating American sanctions.

Both she and Huawei deny the charges.

Her arrest at Vancouver's airport in December 2018 has prompted increasing tensions between Canada and China. The arrests and subsequent spying allegations against Canadians Michael Kovrig and Michael Spavor in China are widely seen as an attempt to pressure Canada to release Meng.

New court documents accuse the United States president of "poisoning" the extradition case against a Huawei executive being held in Canada.

She and is out on bail, living in her Vancouver home, while her legal team makes numerous applications for her freedom.

In May, Associate Chief Justice Heather Holmes dismissed the first phase of legal arguments by Meng's lawyers, who claimed the case should be thrown out because the U.S. allegations against her wouldn't be a crime in Canada.

The latest application filed with the court says continuing the proceedings "would inevitably undermine respect for, and confidence in, Canada’s judicial process. It would appear to condone and 'lend a stamp of approval' to the requesting state's intended misuse of the Canadian courts."

The documents say Prime Minister Justin Trudeau aligned Meng's case with Spavor and Kovrig by saying the United States shouldn't sign a final trade deal with China until the question of Meng and the detained men has been settled.

"Within this climate, every legal decision that (Meng) makes is improperly influenced by considerations about politics."

"These proceedings have been poisoned. They can no longer be reasonably regarded as fair, regardless of the undoubted good faith of the court," the document says.

"Prejudice to the fairness of these proceedings is made out by the president’s repeated assertions that (Meng's) liberty is effectively a bargaining chip in what he sees as the biggest trade deal ever."

Meng's lawyers are expected to make abuse of process arguments and apply for a stay in B.C. Supreme Court next February.

This report by The Canadian Press was first published July 24, 2020