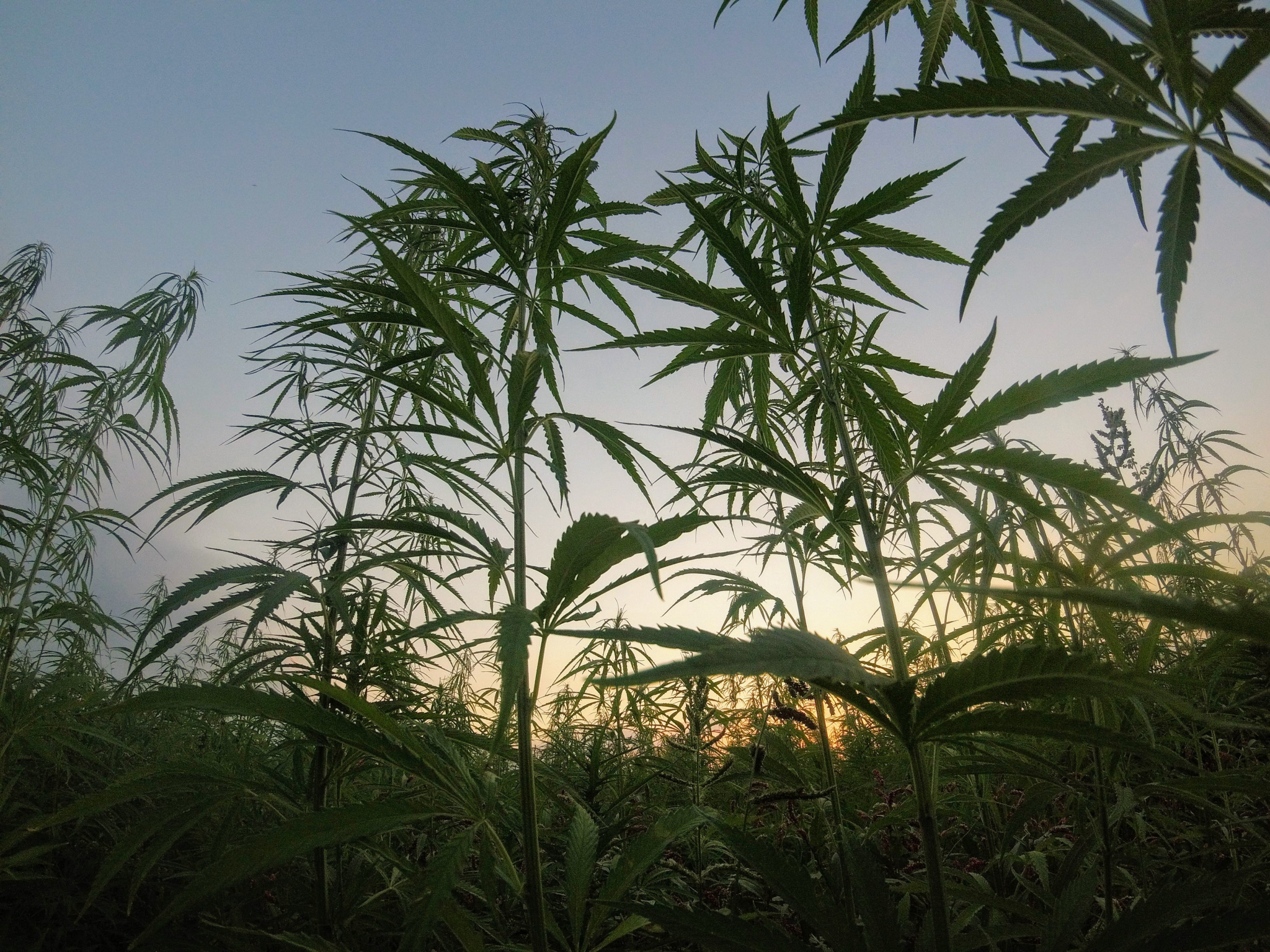 Without policies in place to support farmers to grow food — the average income for Canadian farmers sits around $30,000 — farmland will be increasingly used for more lucrative crops like cannabis. Photo: Matteo Paganelli via Unsplash
Previous story
Next story

That’s because two-thirds of those sales were inedible.

“The bulk of that increase comes from cannabis,” said Lenore Newman, Canada Research Chair of Food Security and Environment at the University of the Fraser Valley. Since it was legalized in 2018, it has become B.C.’s most valuable crop, ahead of other key products like peppers and blueberries.

That rise reflects deeper issues around farmers’ access to land that concern Newman and other food security researchers.

Agricultural land is scarce in the province. While 4.6 million hectares are arable, merely 0.8 per cent of the province is active farmland.

“Most of the cannabis operations displaced existing food production. In some cases, we lost food security with the arrival of this new industry,” said Newman.

Cannabis production grew by $300 million in 2019, the crop’s first full year on the legal market, according to provincial farm sales data.

“We should be making sure things like cannabis production, greenhouse production, are on lower-quality soils in the (Agricultural Land Reserve),” she said because converting soil-rich fields into greenhouses doesn’t improve food security.

Last year, B.C. farmers saw record sales. But it's an increase that won’t feed British Columbians. That’s because two-thirds of those sales were inedible. The bulk of that increase came from cannabis.

Most of B.C.’s arable soil is protected under provincial legislation dating back to 1976. At the time, urban growth and other industries were rapidly occupying farmland. Alarmed, the B.C. government created the Agricultural Land Reserve to protect farms, ranches, and other agricultural land from development. Land in the reserve may be farmed, forested, or left vacant.

“We need to produce more locally in the future, especially with COVID,” said Newman.

That includes developing more greenhouses and policy solutions that allow for more efficient use of the province’s agricultural land base, she said.

Agricultural Land Reserve land is expensive. Without policies in place to support farmers to grow food — the average annual income for Canadian farmers sits around $30,000 — farmland will be increasingly used for more lucrative crops like cannabis.

While agricultural land is important for food security, cannabis and other inedible crops have brought new economic opportunities to B.C. farmers and farming communities, said the provincial Ministry of Agriculture in an email.

But Ian Paton, the agriculture critic for the B.C. Liberals and a farmer, thinks the province should offer more support to help farmers diversify.

For the most part, farmers can only sell raw products (an exception is made for farmers markets), limiting their ability to increase farm income through value-added products. That means a raspberry grower, for instance, couldn’t sell home-processed jam — a reliable way to increase the farm’s revenue.

Changing policy to allow farmers to sell homemade value-added products off farm is essential, said Paton. Other policy changes and programs are also needed to support farmers in all aspects of production, he said.

“They need low-interest loans. They need grants. They need insurance programs... We should be providing the kinds of basic economic tools they need to succeed.”

In fact, he sees the replacement of food production by cannabis as the symptom of agricultural and land use policies that will eventually reduce British Columbians’ access to local food.

“It’s very easy for competing economic interests to grab up farmland and use it for other purposes because you can make more money at it.”

Agricultural Land Reserve sites cannot be developed and turned into houses or shopping malls. Still, this level of protection alone will not guarantee increased food production in B.C., said Mullinix. Owners of arable land in B.C. are constrained in how they can use their property, but there are no limitations on who can purchase these acres.

Investors — people and companies able to pay millions of dollars — can purchase Agricultural Land Reserve land, increasing its value beyond what most farmers can afford, and then use it to maximize profits.

Cannabis production is an example. It does nothing to increase food production. But it has been defined as a crop by the federal government, meaning it can be grown on agricultural land.

“Food-producing agriculture increasingly won’t be able to (compete). They already struggle without the cannabis.”

Farm sales receipts only show the amount of money flowing into a farm. They do not take into account the costs of production — mortgages, fuel, insurance, veterinary bills — that farmers must cover before they make a profit. Farms can have record sales without making profit.

In 2019, B.C. farmers carried $7.2 billion in debt. That’s more than double their total sales that year.

This issue isn’t as acute on dairy and chicken farms because both industries are regulated through a supply-management system that ensures farmers’ profits and expenses are more balanced.

Which makes cannabis — not food — the most profitable use of B.C.’s arable land last year.

It’s a situation that Newman said needs to change if the province wants to increase its ability to feed itself.

“We don’t need to produce increased dollar value. We need to increase calorie production and food production. And that’s not what we’re doing.”

This is so true however our

This is so true however our government used legalization to make sure it was only the very wealthy who could get into the game. The very same has happened in California where it was real estate brokers who gambled on making big profits that started buying up lucrative real estate. People do not like to “pay to sustain“ but love to “ pay to entertain “.

"Agricultural land is scarce in the province. While 4.6 million hectares are arable, merely 0.8 per cent of the province is active farmland."
So what does that mean? 0.8 percent of what?
It bugs me in any event: it's the same kind of measuring we get from the petro industry, etc. And all too often, using a similar approach, crucial metrics are absent from Public Health stats around COVID-19.

Much the same can be said of

Much the same can be said of vineyards.