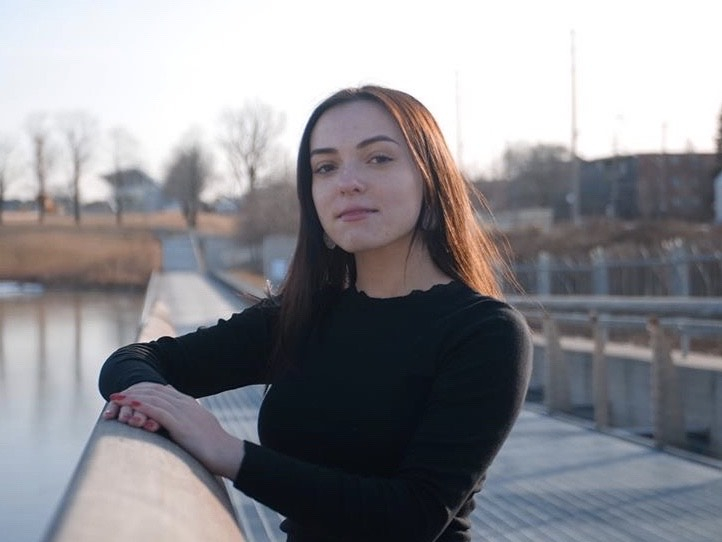 Caitlin Carney says she experienced a string of indignities as an Indigenous student in Catholic schools in Toronto. Photo supplied
Previous story
Next story

Students of colour in Toronto’s Catholic school system say they don’t see their history and culture reflected in the curriculum and are regularly exposed to racism and discrimination that is brushed off by school administrators.

“I went to Catholic school for most of my life, and there is just so much missing with the curriculum,” said Caitlin Carney, who graduated from Madonna Catholic Secondary School in North York in June.

The Toronto Catholic District School Board (TCDSB) teaches more than 91,000 students across its 195 schools.

Carney, who is of Ojibway, Cree and Irish heritage, said that when she was in grades 7 and 8 at St. Francis Xavier Catholic School, there was little discussion of the Indigenous people of Canada.

“And when we did, it was always about them being conquered, as though we were less than, as though those communities needed to be taught what was proper,” she said.

The Catholic education system has a particularly complicated relationship to Canada’s troubled history of interaction with Indigenous peoples, having administered many of the residential schools that sought to instil western and Christian values on Indigenous children.

Carney’s experience didn’t improve as she progressed through high school.

In grades 9 and 10 at Bishop Allen Academy in Etobicoke, she said there was no teaching about the painful legacy of residential schools or about the ongoing crisis of missing and murdered Indigenous women and girls.

“It was very much like, ‘This is our history, this is our white history, and this is the most important history that you should know,'” she said.

But it was in her final years of schooling, at Madonna, where she says she experienced the worst instances of discrimination.

There, a world religions teacher had her class act out Indigenous ceremonies and Carney mentioned that not every nation or every tribe practised those ceremonies.

“And she looked me dead in the eye and said, ‘I think the textbooks know more than you do,’ even though she knew I was Native,” Carney said.

She got a poor mark on the project, which she completed without further protest, and said that afterwards, the teacher would direct all questions about Indigenous topics to her and respond with snide comments when she didn’t know the answers.

She transferred out of that class to avoid the anxiety it caused her.

When she complained to a teacher after a staff hall monitor asked if her relatives still live in teepees or whether she wore moccasins, she said the teacher brushed it off as the staff member being uneducated.

Then last year, a different teacher invited her to a weeklong “Indigenous leadership program” she expected would cover Native culture and history and perhaps even include a visit to a residential school.

She later discovered the trip was hosted at a Jesuit camp and led by a white Jesuit priest, who she said repeatedly interrupted Indigenous elders in attendance and tried to correct them.

Carney started writing an essay about her experiences, and a teacher who overheard her speaking about it said if she made it public, Carney would not get into university and the board could go after her for slander.

She said she and her mother had filed several complaints to the Catholic board about the lack of or poorly delivered Indigenous content in the high school curriculum and about the trip, and got either no response or an unsatisfactory one.

“It still angers me to this day how I was silenced and how nobody listened to what I had to say,” Carney said.

The board said it was looking into the specific complaints raised here.

"The complaints you have identified below are unacceptable and no student should have to experience that," TCDSB spokesperson Shazia Vlahos said in an emailed response to questions.

She recommended students or families raise concerns about racism with their school principal or superintendent and said the board's equity team takes such complaints very seriously.

"We will continue to work to identify and eliminate discriminatory practices, biases and racism in all its forms to support equity of outcomes for TCDSB students," Vlahos said.

For Rabeca Mengesha, anti-Black discrimination manifests itself in indirect and subtle comments that undermine her and other Black students based on a preconceived notion of their abilities and potential.

In one instance, Mengesha, who is going into grade 12 when school resumes, went to a career fair last year. She was looking into the medical field when a teacher she looked up to pushed her away from higher-level careers, she said.

The teacher instead suggested she look into becoming an ultrasound technician in case she were to get pregnant young, pointing out it pays well and provides decent maternity leave.

“At the time I thought she was being helpful,” she added. “If I maybe wasn't smart enough I may have listened to her advice.”

Critics say Black students are much more likely to be pushed out of school or directed away from university in a process that can begin in elementary school and involves teachers and administrators who underestimate or even fear them.

Mengesha said her non-Black peers did not receive the same treatment from that teacher, while her Black friends in several other Catholic schools share similar stories of mistreatment.

Mengesha drew a distinction between how she is treated in the classroom and at the board level, where she has gotten involved in the Catholic Student Leadership Impact Team and will be the team’s director for equity for the upcoming school year.

“Over there, I’m treated wonderfully, I’m treated really well. There's a lot of acceptance. It's really beautiful,” she said.

The TCDSB says it is taking a string of actions to deal with racism and discrimination in its schools.

Vlahos, the TCDSB spokesperson, said the board's equity action plan promotes diversity in teaching and removal of barriers for under-represented communities, including Indigenous groups. It has formed an Indigenous education advisory committee and recently passed a motion to invest more in culturally responsive and relevant resources, Vlahos said.

Vlahos said teachers have been receiving training since 2018 on revisions to the social studies curriculum that require direct teaching about the history of Indigenous people, colonialism, and the residential school system.

The board has also held full-day professional development sessions for educators and works with its African-Canadian Advisory Committee in order to improve the Black student experience and deliver culturally responsive teaching, Vlahos said.

The TCDSB had planned to convene an inaugural anti-Black racism conference in April, but it was cancelled due to COVID-19 and a future date has not yet been set.

Unfortunately, it seems to be

Unfortunately, it seems to be true that any student's experience of a school depends entirely upon the individuals who teach there.
I could tell you horror stories about individuals who were singled out by teachers for negative attention: not occasional comments, but an ongoing campaign with the expressed intent of, basically, ruining a student's life. Sometimes it's directed at kids when the institution's gripe is with the parents who are trying to have measures put in place that are required by law, regulation or policy. It's at every level, from kindergarten to colleges and universities.
The victims are then shunned by other students, fearing that they'll be "up for" the same treatment.
Bully kids in schools adopt the same tactics, and I was there when at least two teachers waved the the problem off as, "This is a mean class. What're you gonna do." I suggested that as a starting point, someone could perhaps identify the adult in the room, and point out that they are supposed to be "in charge."
Some teachers and principals are absolutely awesome at dealing with such things.
It's not only "white" teachers, either, and some of the victims are white (usually poor kids).
There needs to be accountability across all the public services, with meaningful sanctions. Maybe a graded process at the end of which, if you don't shape up, you wind up without a job and losing teacher's certification. Time off with pay is just an additional holiday.
Granted, I've had no involvement around school systems for over a decade, but the more I hear, the more it either hasn't changed or even has become worse.
Thank you for the article.

“I went to Catholic school

“I went to Catholic school for most of my life, and there is just so much missing with the curriculum . . . ." Apart from the ethnocentricity/racism endured by these students, they've been intellectually abused by being indoctrinated with absurd fairy tales. How can science classes coexist with a worldview that believes the laws of nature can be broken (e.g. by turning water into wine, walking on water, raising putrid corpses from the dead, feeding five thousand people with a few tuna sandwiches, etc.)?

This article points to a

This article points to a shameful aspect of the Church. Born and brought up Catholic in small-town Nova Scotia , I experiences Catholicism during the fifties and was a teen when the great Pope John xxxiii worked his great cleansing and modernization of the Church. But I also witnessed firsthand the elitist stance of Catholicism in the “ ours is the one true religion” belief. From the springs a lot of the “poor benighted heathen” attitude and basic racism . But not all of it. Even though I left the church , I retained my faith and it is humanist , founded on the basic Catholic teaching ( strangely contrasted with the elitist attitude referred to) that God demanded that one treat all others as brothers and sisters under him. It would serve all Catholics well to remember that basic article of faith . Ours was and is a faith that accepts all people as ourselves and counsels all that only acceptance of all will serve to place one at God’s right hand, do to speak. Shame to the parents who did not teach acceptance to their kids and shame to the teachers who betray the professional ethics of the most noble profession, that of teaching and GUIDING the young in their formative years. SHAME!