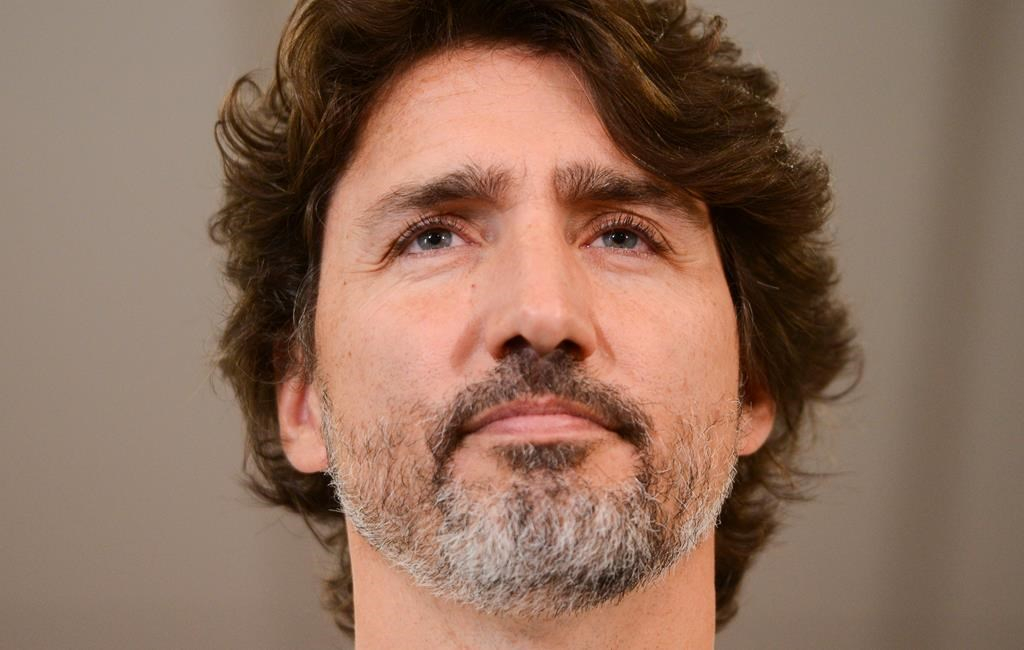 Prime Minister Justin Trudeau holds a press conference as he visits the Public Health Agency of Canada during the COVID-19 pandemic in Ottawa on Friday, July 31, 2020. Photo by The Canadian Press/Sean Kilpatrick
Previous story
Next story

The federal government plans to move as many out-of-work Canadians into the employment insurance system when a key emergency benefit runs out in the fall, and provide an EI-like support for millions who can't qualify under existing rules.

The change signals a potentially sweeping overhaul to the decades-old social safety net criticized in recent years for not keeping up with a modern labour force marked by increasing contract and gig work.

It was partly because of those holes that the government created the $80-billion Canada Emergency Response Benefit at the start of the pandemic, which is set to wind down over the coming weeks.

Those who already qualify for EI will be moved to that program.

The government is promising a parallel, transitional benefit with EI-like components for those who can't yet — "and I emphasize yet," said Employment Minister Carla Qualtrough — get into the EI system. It will include access to training and the ability to work more hours without having as steep a clawback in benefit payments.

The government is also promising to relax EI eligibility rules like the number of hours required to receive support payments.

Speaking Friday morning, Prime Minister Justin Trudeau said the goal is to move everyone receiving CERB to employment insurance, and cover anyone looking for work "with a better, 21st-century EI system."

Details will be rolled out in the coming weeks.

The government's most recent CERB figures show $62.75 billion in benefits to 8.46 million people. About half of those recipients have gone to EI-eligible workers.

Those eye-popping numbers were the reason the EI system was shelved in favour of the CERB in March, as federal officials worried the volume of claims would overwhelm the decades-old system.

The government is still expecting millions to be on EI come the fall — about four million, Qualtrough said, adding that the system has been tested and was ready to handle the deluge upon its restart.

The federal government plans to move as many out-of-work Canadians into the employment insurance system when a key emergency benefit runs out in the fall, and provide an EI-like support for millions who can't qualify under existing rules.

"We believe that the CERB has served its purpose and the reason it was created is no longer the main focus of our efforts as a government to support workers," Qualtrough said during a mid-afternoon press conference.

"We are going to move on to something different."

The Liberals are hoping the change prods more Canadians to either go back to work or look for a job as the economy moves into what the Bank of Canada has described as a recuperation period before a long, bumpy recovery.

The recuperation appears to have started in May when the economy grew by 4.5 per cent, Statistics Canada reported Friday, re-emerging from severe lockdowns in March and April. That figure beat expectations, and a further sign of optimism was a preliminary estimate of five per cent growth in June, which will be finalized next month.

The national data agency said rebounds in May were seen across multiple industries, including retail trade registered that saw its largest monthly increase since comparable readings began in 1961.

Despite the two months of growth after two months of negative readings, Statistics Canada's preliminary estimate is that economic output contracted by 12 per cent in the second quarter compared to the first three months of 2020, which would be a historic drop.

Statistics Canada said economic activity still remained 15 per cent below pre-pandemic level despite the gains over May.

Recouping the remaining percentage points will take months, if not longer. Much will rest on how many companies may yet close, how many jobs disappear with them.

"It's a question of uncertainty at this point and how much damage the shutdowns have done," said Benjamin Reitzes, BMO's director of Canadian rates and macro strategist.

"We don't really have that much information at this point, but if you consider the number of small businesses that are under significant pressure, maybe not surviving this period and the scarring broadly on the economy from things like that ... it's going to take time to recover from that."

The federal government also announced Friday that it is extending a commercial rent-relief program through August as a lifeline to many small businesses whose revenues, while slowly returning, still lag behind their fixed costs.

So far the program has helped about 63,000 small business tenants through forgivable federal loans totalling $613 million. It is well below what the government hoped when it rolled out the aid.

The Canadian Federation of Independent Business said the announcement is good news for those who can access the program, but called it a "slap in the face" for those whose landlords refuse to apply.

The organization called on the federal government to allow tenants to apply directly for help.

An "EI-like" benefit? The basic rate for calculating EI benefits is 55% of your average insurable weekly earnings up to a maximum amount. As of January 1, 2020, the maximum yearly insurable earnings amount is $54,200. This means that you can receive a maximum amount of $573 per week, which is slightly higher than the CERB benefit of $500 per week.

But here in Nanaimo, the latest available data (2017) show that the median income for males is $41,750 and $30,090 for females. These wage earners would receive only $442 and $318 respectively through the EI program. I think it's fair to say we might expect loads of people to be in trouble when the $500/week CERB benefit ends on August 31 and they are sent to the EI program, or the "EI-like" benefit for thoroughly stomped-on gig workers.

Never, in the short lifetime

Never, in the short lifetime of social security, unemployment insurance, or even universal medicare have governments, global financial entities, or business sectors had to deal with the life altering, economy threatening reality of a global pandemic. We are currently unable to predict the immediate or the long term fall out.

Even as vaccines appear to be sprouting from the labs, we have no proof that they will be proof against covid-19. We do not yet know if this "sars-like flu" will mutate as rapidly as the regular flu. We do not yet know how much long term debility and damage may be inflicted on humanity. All our human exxperience, our historical precedents are insufficient to inform our currently umfolding reality.

For the foreseeable future, "business as usual" is the ultimate oxymoron. Adapt or die is nature's maxim and never more urgent than now. All those who look upon this disaster as an opportunity to enrich themselves, or to enslave others may have to consider alternatives. Being too big to fail may no longer be the prime directive.