Where is the support for the women defending land and water, Canada? 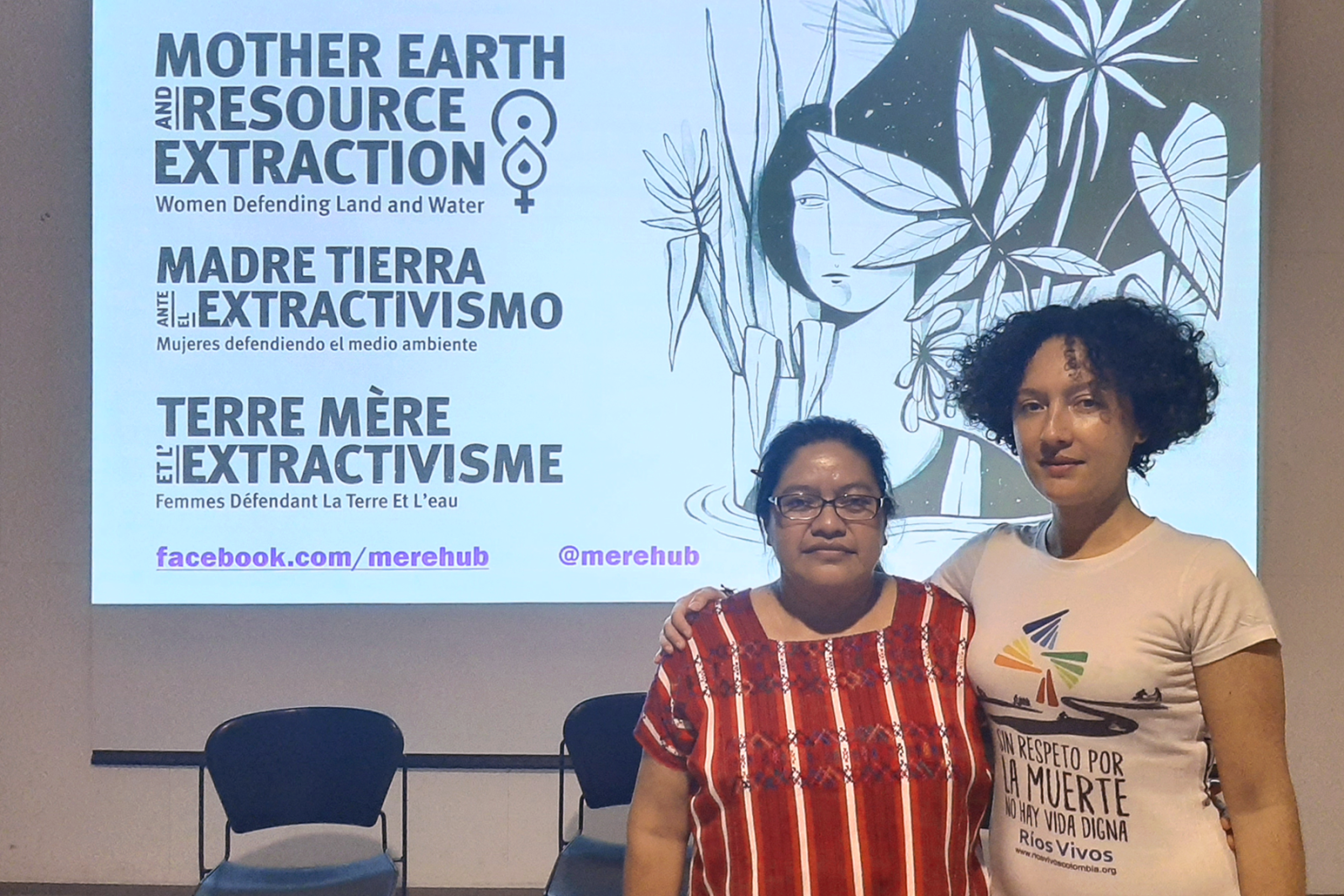 Canadians care about the environment. Multiple polls found that the climate crisis was one of the top issues of the 2019 federal election campaign, with 25 per cent of respondents claiming it was their number one concern.

Despite this public mandate, the federal government prioritizes the interests of Canada-based extractive companies, particularly mining, which accounts for more than 50 per cent of the globe’s industry, by providing the sector with generous incentives in the form of tax breaks and vague, voluntary regulations.

Canadian extractive companies also have a reputation for disregarding the rights of land and water defenders, especially Indigenous and Afro-descendant women, who do the daily, ongoing work for climate justice, within and beyond the borders of this country.

Private or public security forces are regularly deployed in support of extractive companies and to the detriment of the rights of women land defenders. In Canada, from Wet’suwet’en territory to Wabanaki lands, land defenders have been arrested and presented with injunctions for daring to take care of Mother Earth.

The criminalization and related human rights violations for caring for the environment are a recurring pattern.

At the end of July, Global Witness published its annual report on the killings of land defenders. Two hundred and twelve land defenders were killed in 2019, and the extractive sector was associated with most of the slayings. Half of the killings occurred in just two countries — Colombia and the Philippines — while two thirds took place in Latin America.

Ivonne Ramos of Acción Ecológica, an ecological justice organization in Ecuador and KAIROS partner, co-ordinates a national network of women land and water defenders, and is a member of the regional Latin American Network of Women Defenders of Human and Environmental Rights. She has witnessed how governments, working on behalf of extractive companies, criminalize women land defenders.

“Criminalization not only implies the use of public force (military and police) and enables the indiscriminate use of violence to attack the population, it also involves direct police and/or military repression, selective persecution of leaders, and the use of other mechanisms, mainly the legal system, to arrest and condemn social activists, which ‘legalizes’ harassment, persecution, imprisonment, and even the use of torture or murder,” said Ramos during a recent webinar hosted by KAIROS.

In an analysis of environmental conflicts across the world published in the July issue of Global Environmental Change, a group of scholars confirms Ramos’ observation and Global Witness’ findings: Violence against land and water protectors, especially killings and criminalization, has increased.

The scholars also note that Indigenous land defenders face higher rates of violence and that 21 per cent of the land struggles studied included the leadership or participation of women.

"The criminalization and related human rights violations for caring for the environment are a recurring pattern."

If the federal government is serious about prioritizing meaningful climate action, it must defend the rights of women land defenders. One way to accomplish this is by empowering the Canadian Ombudsperson for Responsible Business Enterprise (CORE) to hold companies accountable.

Announced in 2018 and staffed more than a year later, CORE was to serve as a public corporate accountability watchdog. Despite government promises, CORE’s current mandate is so narrow, it does not require it to hold Canadian mining, energy, and garment companies responsible for human rights violations at their overseas operations.

Canadians interested in taking action have until Sept. 1 to sign an e-petition to the House of Commons. The petition calls for CORE to be granted investigatory powers and for mandatory human rights due diligence legislation to be enacted.

“If we want to end climate breakdown, then it is in the footsteps of land and environmental defenders we must follow,” reads Global Witness’ report. A CORE with investigatory powers would demonstrate Canada’s commitment to defending the rights of Indigenous and Afro-descendant women land defenders who are on the front lines of climate action.

I truly wish you well.

I truly wish you well.
But we can't even seem to get the government to deal with extractive abusers within our borders.