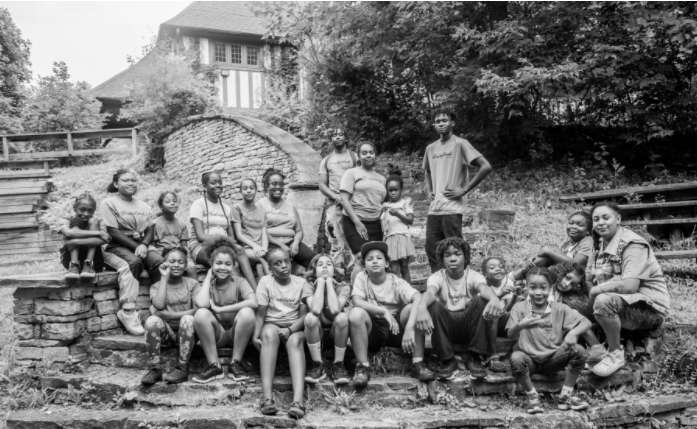 As Toronto students prepare for a new learning experience this fall, shaped in part by the COVID-19 pandemic, another topic that could appear in classrooms, on the heels of dozens of anti-police riots and Black Lives Matter protests, is racial justice.

And the FreedomSchool, a Toronto-based community program, is ready for these conversations.

The program was created by educators and parents, with a focus on confronting anti-Black racism in the classroom. Based on their age group and interests, students can enrol in three-week learning programs, conferences, Black Power Saturday sessions, summer camps and other trainings designed to “engage youth in Black liberatory education.”

Djennie Laguerre, a Haitian-Canadian actress, said FreedomSchool has given her 11-year-old daughter the confidence to speak up for herself, and to tackle activities such as coding and robotics.

“That age group, they don’t understand how you can not be liked because of the colour of your skin. It’s abstract,” said Laguerre, who also ran a puppet-making workshop for the youth at FreedomSchool. “I really wanted to invest in the program that’s given a lot to my daughter. She wasn’t just lost in the shuffle.”

Laguerre said she was also impressed by the focus that educators put on teaching students self-affirmation and resiliency.

Kemisha Harris, an 18-year-old Humber College-bound design major, participated in the FreedomSchool’s cooking camp this summer. “It’s like you’re putting on your own shoes and stepping into something that you know ... knowing that there are people like me,” she said.

In addition to camp programs that focus on activities, the curriculum is geared toward learning about historical figures of the Black resistance in Canada, including Marie-Joseph Angélique and ancestors of the Maroons of Jamaica in Nova Scotia.

“We’re able to talk about difficult forms of oppression,” said Naomi Bain, an arts educator and community organizer who began working with the organization in 2016. “We really affirm our students in their own Blackness and educate them to be proud of who they are,” she said.

“That age group, they don’t understand how you can not be liked because of the colour of your skin. It’s abstract,” Haitian-Canadian actress and parent volunteer, Djennie Laguerre