Sorry to break it to you, but the future's not in plastics 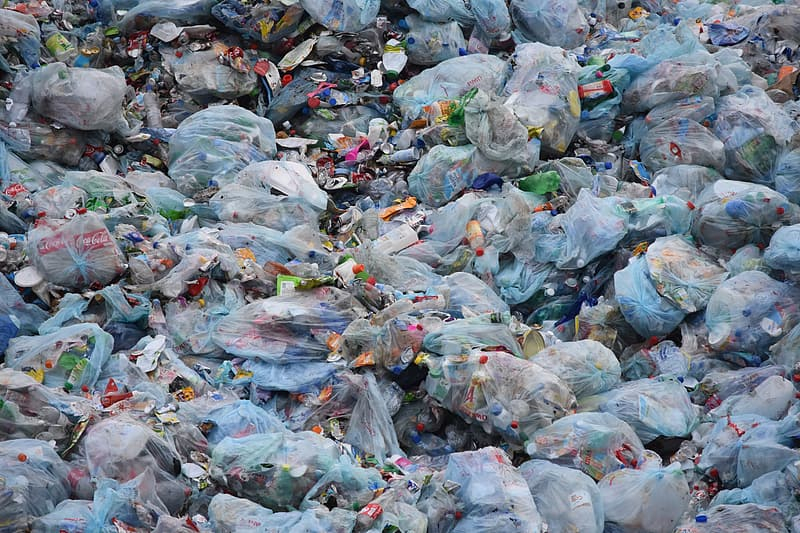 Companies are planning for four per cent annual growth in plastics demand at exactly the time society has launched a war on plastics, which will dramatically cut demand growth. Photo from pikrepo.com
Previous story

Back in 1967, Dustin Hoffman’s character in the movie The Graduate was assured the future was in plastics. And so it proved, as demand increased 16-fold over the following 50 years.

But that era is over, and the only people not to have noticed it are the oil and plastics companies. Not only does that set them up for $400 billion US of stranded assets over the next five years, but it also removes the primary pillar for the growth of oil demand.

A huge gap is opening between the expectations of plastics producers and the aspirations of society to curtail plastic pollution. Companies are planning for four per cent annual growth in plastics demand at exactly the time society has launched a war on plastics, which will dramatically cut demand growth.

The plastics sector enters into this contest as a bloated behemoth, ripe for disruption. Decades of lobbying for the right to pollute with impunity have left it vulnerable.

The external cost of plastics from carbon, air pollution, collection costs and ocean plastic is at least $1,000 US per tonne, and yet subsidies to the industry are higher than the taxes it pays.

Forty per cent of plastic ends up as waste in the oceans, as litter on the land, and disposed of by uncontrolled burning. Less than 10 percent of plastics is really recycled. The industry thinks it can double its carbon footprint at the same time as the rest of the world wants to cut it to zero.

Developed market demand for plastics has stopped rising, and organizations like the Ellen MacArthur Foundation are bringing together coalitions of the willing in order to drive demand down. The European Union plans a tax of $1,000 US per tonne on plastic waste, implement rules to oblige all plastic packaging to be recyclable, and set targets for the share of recyclates in packaging. China aspires to curtail its plastic pollution and reduce its oil dependency, and this year will see new policies designed to do just that. And where these counties lead, where solutions are found, the rest of the world will follow.

Into the mix now come technology solutions. SYSTEMIQ’s ground-breaking report Breaking the Plastic Wave worked out how to get all the functionality of plastic from half the amount of virgin plastic by 2040.

The solutions are well-known — reduce demand by eliminating overpackaging and encouraging reuse, substitute with other products like coated paper, and massively increase recycling infrastructure. What is unique about their analysis is that they have costed it. They find that a circular system requires half the capex of the current linear model, and is cheaper for governments and businesses. So economics are also on the side of change.

What would it take for plastics demand to stop growing?

"If you cut the use of plastic packaging by four per cent a year, then total demand for plastics will be flat. By introducing taxation to make polluters pay, companies will find new ways to save plastic." @KingsmillBond

The situation is similar to that faced by the European electricity industry in 2007. Society wanted less fossil fuel-based electricity and the industry simply paid lip service to change. Along came the financial crisis, and demand for fossil fuel-based electricity in Europe collapsed, never to rise again. Over the next decade, $150 billion US of assets were written down. Similarly, COVID-19 is leading forecasters such as Wood Mackenzie to predict a four per cent fall in plastics demand this year because we are buying fewer cars and clothes. Meanwhile, the ethylene price has collapsed to historic lows, giving space to governments to increase tax rates.

What are the implications of this change? Massive overcapacity in the upstream plastics industry is the first consequence, which means lower prices for key petrochemical feedstocks, and stranded assets in the region of $400 billion US for the 80 metric tons of new upstream plastic manufacturing capacity the industry is planning to build in the next five years.

As the growth in transport demand for oil has faded, plastics have emerged as the largest driver of expected oil demand growth, making up 45 per cent and 95 per cent of expected growth to 2040 in the forecasts of the International Energy Agency and BP.

Remove plastics, incorporate the demand shock of 2020, and factor in the impact of COVID-19 on air travel and supply chains, and we will likely see a peak in oil demand sooner than expected. The future is not in plastics.

You can find more information in our new report, The Future’s Not In Plastics.

Interesting analysis. Hope it is accurate

Re: "substitute with other

Re: "substitute with other products like coated paper" ...
Paper coated with what? Is there something to coat it with that doesn't come from petroleum? Most of the coated paper containers I see are plastic-coated, which apparently makes it so that neither the paper nor the plastic *can* be recycled ...
One of the problems I see around plastics is that a whole lot of plastic is black ... and in Toronto, the largest city in Canada -- and probably the biggest plastic user -- can't, because of the design of its sorting system, recycle black plastic. That's a lot of take-out containers, some frozen-food containers, store-wrapped produce containers, packaging-plant produce containers, and virtually *all* of the once-recycled, and still recyclable, garden plants containers: cell-packs, pots, trays ... I reuse mine as many times as they'll stand up to, and have even dragged large ones home from the curb -- but eventually, they go into landfill because that's what the city does with black plastic.

Hemp is often overlooked in

Hemp is often overlooked in the conversations about plastics. It is time for society to get over it's racist prohibition of cannabis and hemp. It's quite a wonderful plant with fibrous traits which was used for making rope, medical use dating back thousands of years and a myriad of other used. Hempcrete in construction, a replacement for cotton, which is not environmentally friendly. With Big Oil calling the shots in Parliament, it is up to us to promote the alternatives.