When it comes to WE, there are unanswered questions that go beyond politics 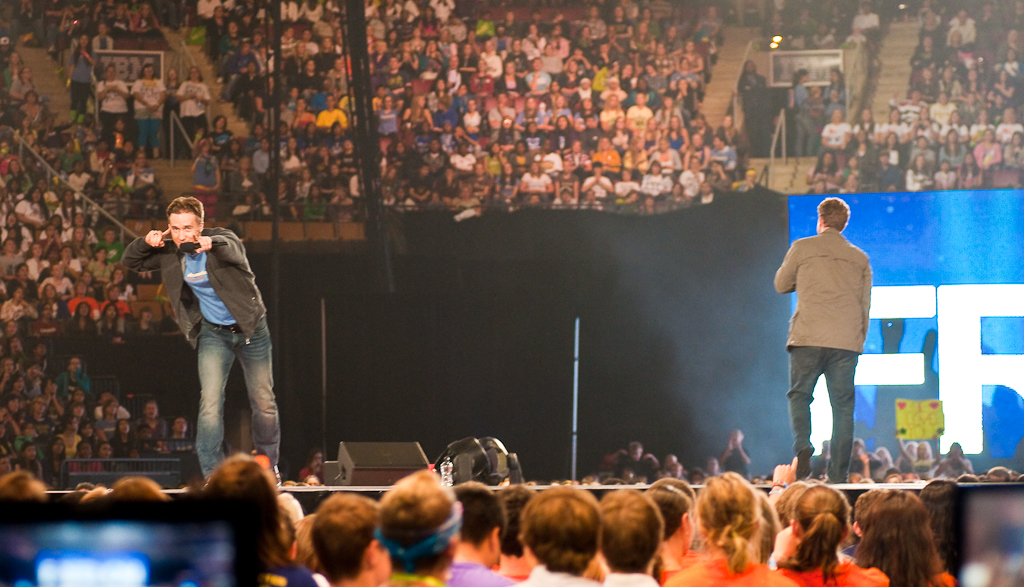 Craig Kielburger (left) and Marc Kielburger (right) at a WE Day event in Toronto in 2010. The charity the brothers co-founded, WE, recently announced that it will be shutting down its Canadian operations. Photo from Karen Maraj/Flickr
Previous story
Next story

Amid a political firestorm, WE Charity announced last week that it would wind down its Canadian operations.

“I wish that the certain politicians had recused themselves, but there's no one we blame,” said co-founder Craig Kielburger in an interview with CTV News that aired that evening.

In a statement at the time, the charity blamed both COVID-19 and the controversy it was embroiled in this summer for its troubles.

But beyond the scandal that has surrounded WE and the Liberal government, many questions remain about what the charity’s finances were like in the months leading up to the controversy and what winding down entails, charity experts say.

“Their announcement appears to be largely a public relations manoeuvre to change the focus on the numerous ongoing investigations of them,” said lawyer Mark Blumberg, who specializes in Canadian charity law at Blumberg Segal LLP and runs CharityData.ca.

“The announcement raises more questions than it answers, which is very unfortunate.”

WE Charity, founded in 1995, has been a household name in recent years. It's particularly well-known for running stadium-sized WE Day events, which were rallies where thousands of high school students would come to hear speeches from celebrities and activists about social change.

But WE came into the spotlight this summer in a new way, as Prime Minister Justin Trudeau and his former finance minister Bill Morneau, who resigned in August, are currently under investigation by the federal ethics commissioner over the cabinet's decision to award the charity a contract for a $544-million student volunteer grant program. Both the Trudeau and Morneau families had financial ties to the organization, and in July, Morneau said he’d repay WE $41,000 in expenses for a trip he took with the charity in 2017.

Amid the political fallout, several of WE’s donors and sponsors severed ties. In a statement Tuesday, WE told Canada’s National Observer the organization “proactively contacted sponsors and mutually agreed to suspend sponsorship agreements.”

Meanwhile, COVID-19 significantly disrupted Me to We, a for-profit arm of the organization that funds much of the charity's work. Me to We made much of its income from selling travel packages, and with travel largely suspended due to the pandemic, that revenue source dried up.

The charity announced this week that it will shut down its Canadian operations. Many questions remain about what the charity’s finances were like in the months leading up to the controversy and what winding down entails, charity experts say. #cdnpoli

As the organization decided what to do next, advisers — including some from outside the organization — met once or twice a week, WE said. Ultimately, after “extensive financial modelling,” the charity said it decided to fold. The modelling accounted for what it would cost to run WE's international programs, and to preserve its Canadian educational programs (for example, by digitizing the curricula it used in schools).

“It became clear that decisive action would be required to preserve as much funding as possible in order to sustain our work in the long term,” WE said in the statement.

“As the funding picture became clearer, the simple fact is that the charity would soon be spending more than it raised. Without such decisive action, the charity would overly deplete its assets, leaving the charity with insufficient funds for key global programs. Like every decision we have made over the last 25 years, this decision was made with the children we help in mind.”

WE will now sell off its real estate assets — worth tens of millions of dollars, with the sales to be handled by commercial real estate company Colliers International — and use the money to create an endowment fund to support its international programs, the charity has said. The fund will be overseen by a board of directors, but it isn’t clear whether that will happen within WE or at a different organization.

Co-founders Marc and Craig Kielburger said they’ll leave the organization, along with the rest of WE Charity’s Canadian staff. That process will take six months to a year, WE said Tuesday, and after that, the charity will “no longer exist.”

Kate Bahen, the managing director of watchdog group Charity Intelligence Canada, said she's puzzled by WE's conclusion. She tracks charities using their publicly available financial information. Although WE's 2020 filings won't be available until next year, and won't provide a complete picture because Me to We's financial information isn't included, she said she believes the organization would have had enough funding to keep operating.

Though WE had run a deficit last year, it still appeared to be in decent financial condition until March, Bahen added.

“Shutting down the office is a drastic move,” she said.

“All charities are going through COVID and belt-tightening. We’re all in this together. (Many other charities are) not shutting down ... I just can’t figure out where the money’s going.”

WE's real estate assets in particular could have given the charity some runway, Blumberg said.

“Some financial experts have said that WE Charity had trouble for a significant period prior to the government grant or even COVID, but they actually did have a significant cushion with their real estate assets,” he said.

In a statement, WE said it needed to shutter its operations in Canada to maintain its work abroad. “This was a heartbreaking decision,” the statement said.

“With respect to Ms. Bahen, she has not been privy to the extensive financial planning and modelling work that has been conducted.”

As the charity moves ahead with the process of shutting down, Blumberg said he wants to know more about how WE's endowment to support its international programs will work.

“Almost no information was provided on who will actually own and control it, how much it will disburse each year, etc.,” he said.

Rules governing how charities can move money means WE has limited options, he added. Though it can't transfer the endowment to WE's branches in the United States and United Kingdom, it could gift the money to a “completely independent” registered charity in Canada to do similar activities, Blumberg said.

“They could transfer some funds to foreign groups to implement charitable activities for example in Kenya using a “structured arrangement” with direction and control and some oversight,” he said. “They could also run the endowment in-house in the WE Charity with the Kielburgers controlling the funds, or they could move the funds to another Canadian registered charity controlled by the Kielburgers.”

“The final structure (for the endowment) is being determined by the WE Charity board of directors,” WE said in the statement.

Meanwhile, on Friday, Prime Minister Justin Trudeau said he regretted not recusing himself from discussions about the grant program, but denied there had been a conflict of interest. He also sidestepped a question about whether he was to blame, in part, for WE's decision to stop its Canadian operations.

“Obviously, the way it ended up working out was really unfortunate for everyone involved,” Trudeau said.

“As I’ve said, I regret not having recused myself from the beginning because of the perception involved. But there was no conflict of interest here.”

Trudeau denies conflict of interest in WE scandal