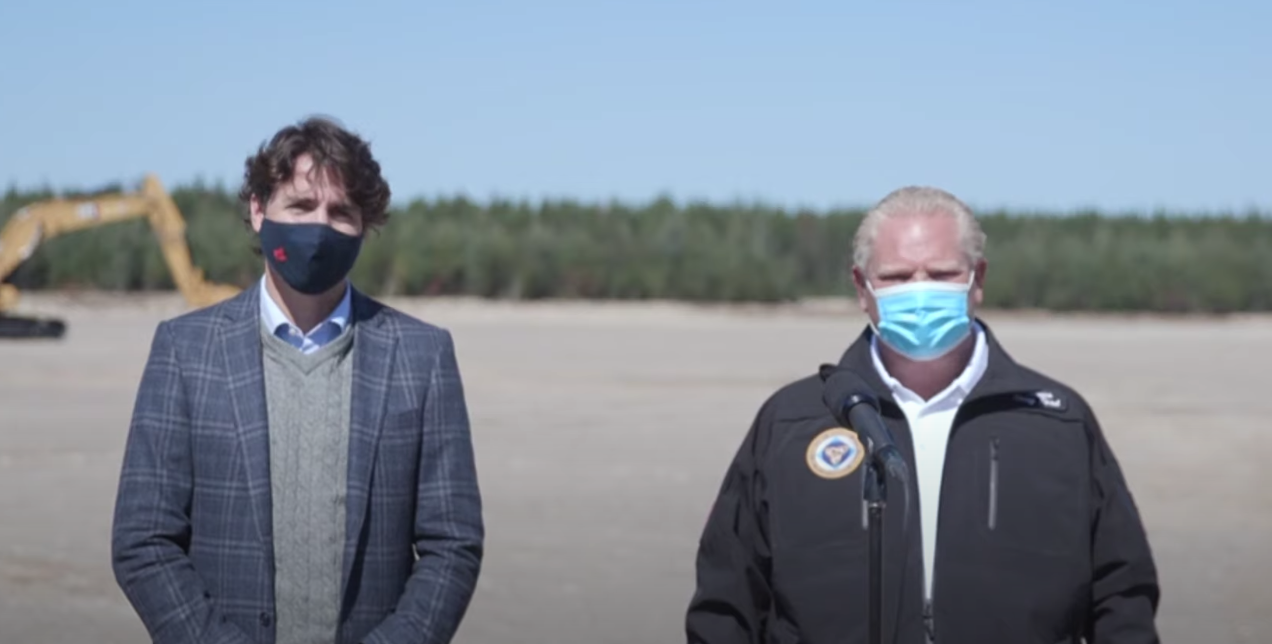 Prime Minister Justin Trudeau denied that he breached conflict of ethics rules in the WE scandal on Friday.

Speaking to reporters in Sudbury, Ont., Trudeau said he was “regretful” that he didn’t recuse himself from the decision to outsource a $544-million student volunteer grant program to WE Charity. He also sidestepped a question about whether his government is to blame for the charity’s decision, announced earlier this week, to shutter its Canadian operations.

“Obviously the way it ended up working out was really unfortunate for everyone involved,” Trudeau said.

“As I’ve said, I regret not having recused myself from the beginning because of the perception involved. But there was no conflict of interest here.”

Trudeau and former finance minister Bill Morneau, who resigned last month, are both being investigated by the Conflict of Interest and Ethics Commissioner over the decision to award the contract to WE.

Trudeau’s wife, brother and mother had all accepted money from the organization for speaking fees and expenses, and Morneau’s daughter worked for WE. In July, Morneau also said he’d pay WE back for $ $41,000 of travel expenses for a trip he and his family took with the organization in 2017.

On Wednesday, WE Charity announced it would wind down its Canadian programming and sell off its assets. Founders Marc and Craig Keilburger will also step away from the charity, the organization said. Several donors and sponsors cut ties with WE over the summer amid the political fallout of the program, which was cancelled in July.

“COVID-19 significantly disrupted WE Charity programming,” the charity said in a statement Wednesday.

“The fallout from the Canada Student Service Grant has placed the charity in the middle of political battles and misinformation that a charity is ill-equipped to fight. As a result, the financial math for the charity’s future is clear.”